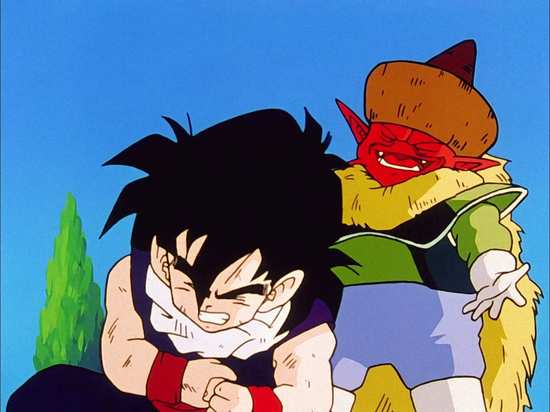 What a great time to be a media collector. Whole collections of multi-series sets available at the click of a button. Of course, the price tag for the special edition release of the complete Dragon Ball Z (DBZ for short) may be a bit rich for some. But quite apart from the luxurious extras, you get a whopping 37 Blu-Ray discs featuring just shy of 300 episodes, comprising the complete original series. The running time is an eye-watering 120 hours, which is just my way of getting round to admitting that I haven’t got around to watching them all for this review. Or anything like all. In fact, just Series 1 (of 9) though that does comprise some 39 episodes. So here’s the deal. This woefully late review will have to do for now, and every time I complete a series, I’ll post an updated review. Because as much as I like the series, a couple of episodes a day is optimal. A set of this magnitude has to be a marathon, not a sprint, after all. 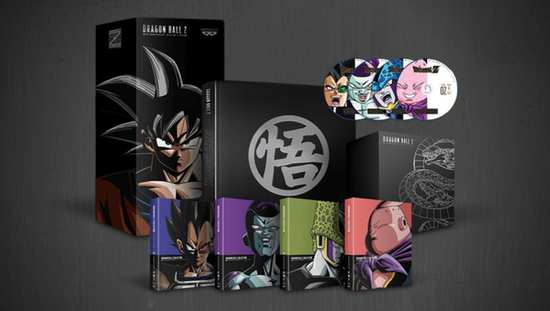 This particular, limited edition set has been released to commemorate the 30th Anniversary of this much-loved series (I know it’s much-loved as a recent trip to our local ‘Forbidden Planet’ revealed a whole wall of DBZ paperbacks as well as a complete free-standing display of related figurines). The set not only houses (relatively) new transfers of the series, it also houses them on a collectable art box featuring a foil Shenron design and also includes a hardback art book and 11-inch grandista Goku figure, neither of which I’ve seen but the images (below) look pretty impressive. It’s only available directly via the Funimation shop. A quick Google search should do the trick but be warned; it’s a bit pricey at just shy of £300. Having said that, it’s limited to 750 globally so they may not be around for long. 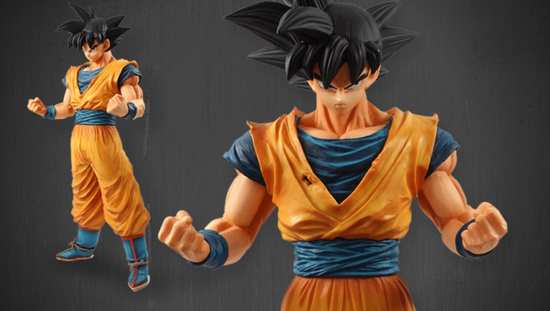 Also, it’s worth noting that, unlike some previous Blu-Ray releases, which zoomed in to the original aspect ratio and cropped to 16:9, this version is (supposedly) presented in its original as televised 4:3 aspect ratio.

Before I dive into my thoughts about the series, I’m guessing interested readers may have already formed their own opinion on the series and be wondering whether its worth replacing previously bought editions. 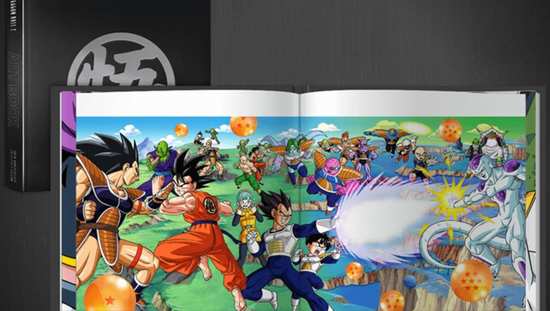 To me, the image quality, whilst at best from original 16mm prints, looks great in HD. Of course, the series started in the eighties and definitely has a retro feel, but the image is pleasing nonetheless. Colours are rich and grain looks, for the most part, perfectly natural. 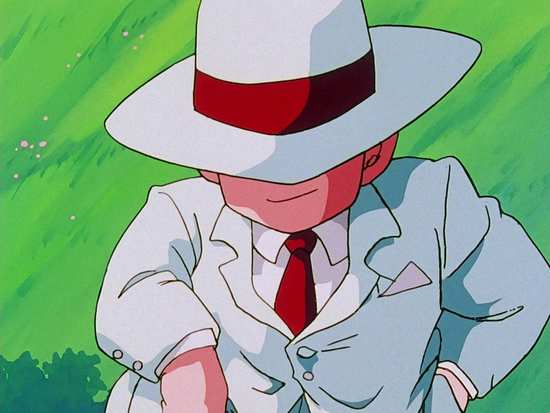 I know there has been some contention however about how the 4:3 ratio has been reached, with some fans suggesting that this version is actually no more than a 4:3 crop of the 16:9 crop of the original 4:3 image. I have nothing to reference to give an informed opinion on this, but I will say that there is nothing in the composition to suggest that this is the case. Normally, when a series has been cropped, even once, let alone twice, even with some judicious pan and scanning, the signs are there with key information excluded from frame on occasion. Although I have only just finished Series 1, there was nothing in that that looked like key action was excluded, nor that the image has been blown up in any way. Of course, I could be wrong, but overall the image is very satisfying and looks kosher to me. 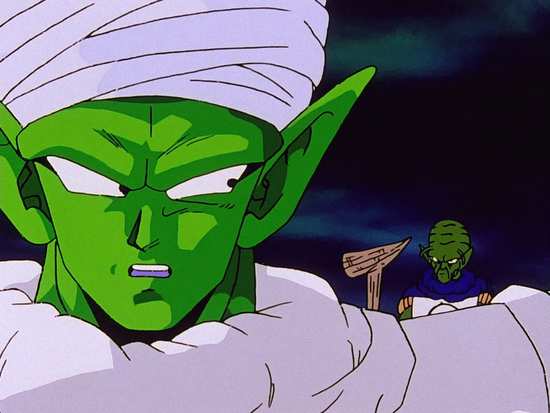 Audio-wise, you get a choice of English 5.1 (that used the original Japanese music) or English Stereo which uses the English broadcast music (a nice addition for those trying to accurately re-live their misspent youth). There is also an option to select the original Japanese mono with subs. I had a quick listen to all three, but opted for the English stereo track to get the best nostalgic blast, even though I didn’t see the series when it aired, and I’m glad I did as the eighties music tracks are entirely evocative of that period and added a certain charm that set the context for me to properly enjoy the series for what it was. 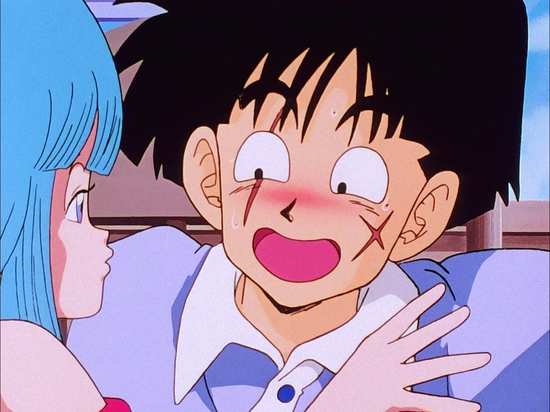 Each series is spread across four Blu-Ray discs, which pack as much as four hours HD material per disc, though, again, this seemed to have no negative impact on quality. Each series has its own story arc and is referred to as a ‘Saga’. Series 1 is the Saiyan Saga and is where this review starts and finishes.

Before I let you know what I personally made of the series, it would be well worth checking out our anime expert, Jitendar Canth’s appraisal of the series in his original review which can be found here: Series 1, Series 2, Series 3, Series 4, Series 5, Series 6, Series 7, Series 8, and last but not least, Series 9. 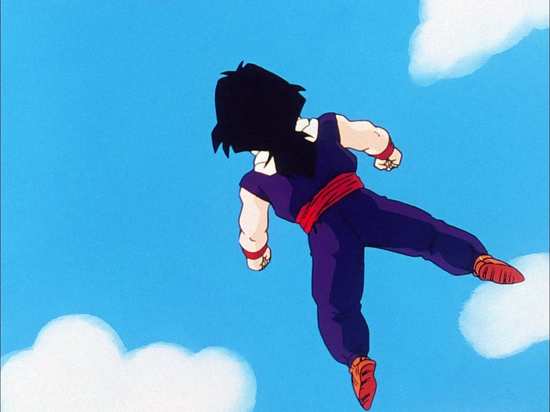 I should say that, whilst I am really enjoying the easy-going predictability of DBZ so far, I haven’t been tested to its limits by watching all 9 series (and on to Dragon Ball GT) like Jitendar did prior to reviewing the very first incarnation of the franchise (Dragon Ball) here where he stated: “I had had enough of the Superman homage, the mega-powered warriors, the same dialogue over and over again, everyone flying around everywhere (except when they’re hanging off a cliff and forget that they can fly), and epic battles with the fates of the universe, heaven and hell at stake. There’s only so much you can push the bounds of credulity before they shatter, but by Dragon Ball GT, they’d been ground into powder.” So we have all been warned! 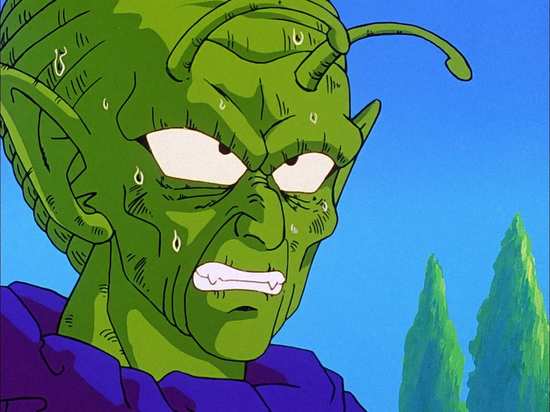 Pushing that view to one side, I confess to actually really enjoying what I have seen so far. It’s a bit frenetic, irreverent and one-dimensional but the series has a comforting quality of serving up familiar feeling adventures that never feel particularly scary or worrying. It’s really easy to follow so perfect for mindlessly switching off after a hard day at the office. And it delivers much of its drama with an air of irrepressible positivity and humour. In short, the show has a vibe I like. At least so far. 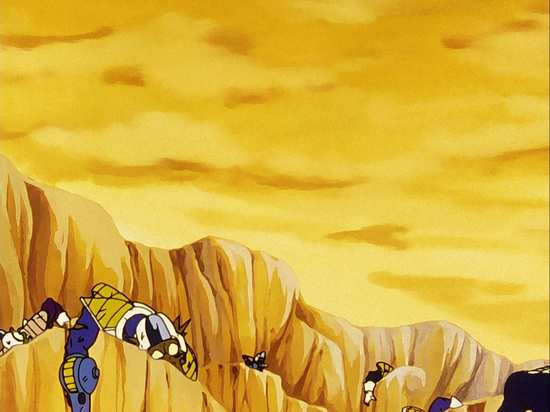 Despite never having seen a Dragon Ball anime or manga before, it’s really easy to get started with this series with no prior knowledge of the characters. They quickly (re)establish themselves for our convenience and we soon settle in to a series of parallel adventures that are a blast and which, thus far, don’t outstay their welcome. It tells the story of Goku and Gohan as they discover their Saiyan origins (and powers) as they battle their enemies. 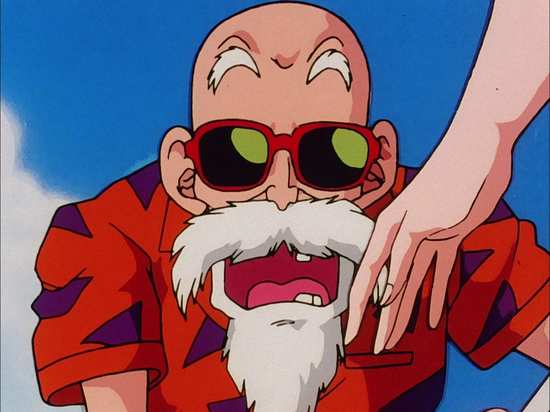 In Series 1, a few short years after the original Dragon Ball, Goku has married Chichi and had a cute but rather whiny son, Gohan who is rather molly-coddled by his over-protective mum. Goku is just enjoying married life on the farm and being part of the local community where they tolerate his super-powers and differences. 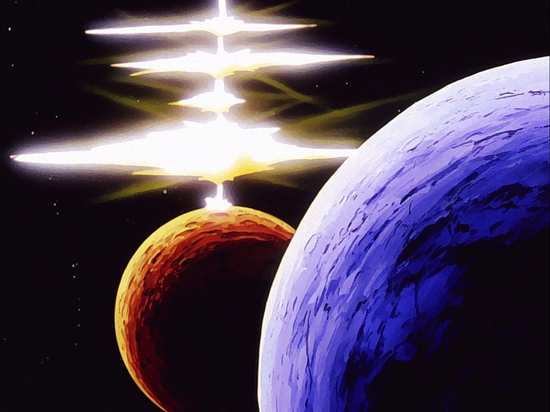 When his evil brother Raditz arrives on planet earth, completely unexpectedly, it becomes clear that his race wants Goku’s adopted planet as their own, and they don’t care who gets hurt in the process. It turns out that the Saiyans are a cruel bunch who hop around the universe, grabbing planets for profit and discarding any lifeform that gets in their way. Raditz and two others are the only survivors of an astral blast that has put pay to their race, so they believe that they can strengthen the surviving group by recruiting brother Goku, who is a Saiyan himself after all. What they hadn’t figured was that Goku has not only turned native, he’s actually a pillar of the community and not about to stand back and see his friends hurt. 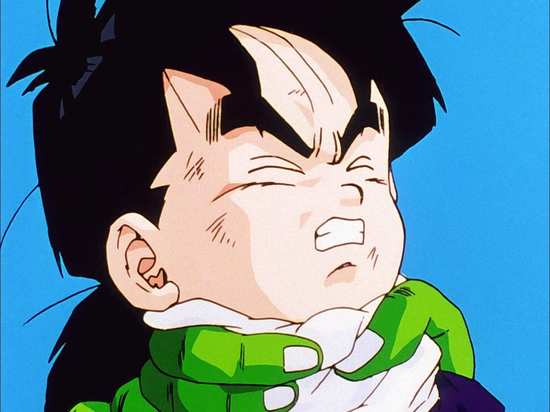 His brother’s powers seem, at first, to be unstoppable, but then a war is never lost in a single battle. It seems that Goku and his family and friends have a few tricks of their own. 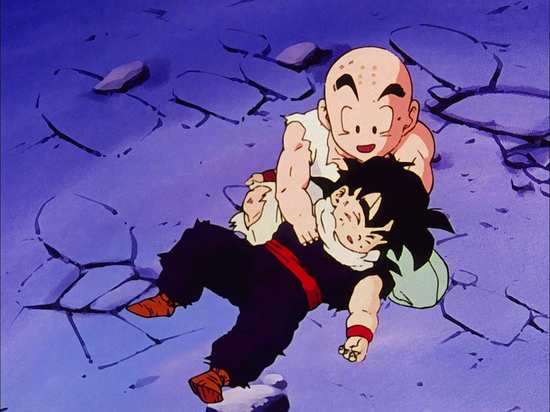 Things take a worrying and dramatic turn when Raditz learns that Goku has a son, whose powers may be ‘super-sized’ as a result of his mixed parentage, and decides to kidnap him until Goku agrees to join his gang. The little fellow is a bit of a whiner at first, but it soon becomes apparent to everyone (other than himself initially) that his powers are substantial. 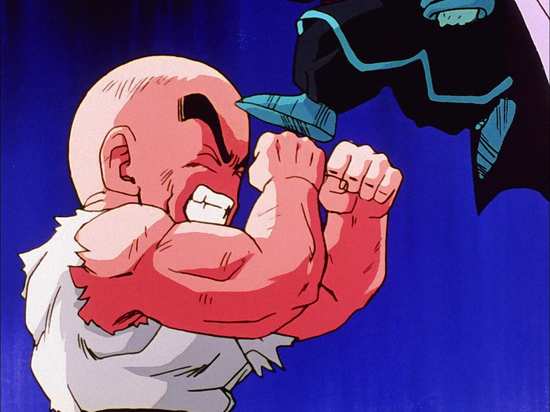 Once Gohan is rescued from his evil brother’s clutches, (which costs Goku his life), Goku’s friends realise that two more Saiyans, the evil Vegeta and his sidekick Nappa, are now on their way to support Goku’s evil brother’s original endeavours – which means they have less than a year to prepare for what will be a very tough battle indeed. 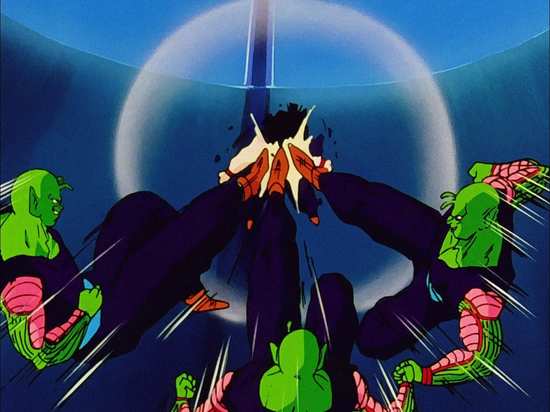 That means reviving Goku by collecting Dragon Balls as well as getting little Gohan to let go of his mother’s apron-strings and start training, which he does with great humour – practicing for the most part on an unsuspecting Tyrannosaurus Rex who comes out worst off in every battle. His trainer is none other than Goku’s former arch enemy, the decidedly green and bald Piccolo, who has agreed to temporarily join forces with the earthlings to battle their new common foe. 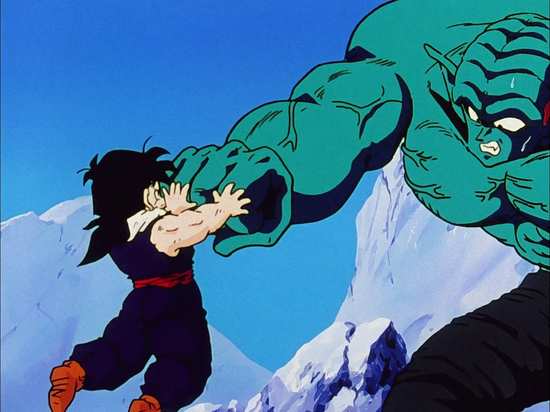 In the meantime, Goku is running high (literally) as a ‘dead’ person consigned to the upper worlds, running on a path, the back of a giant snake, that, should he fall, he will never get on again. Though he does of course. When the battle with Vegeta and Nappa finally begins, it’s an extended one which, despite some tension and humour, possibly runs over a few more episodes than I would have liked, but I guess that’s what shonen actions series are all about. 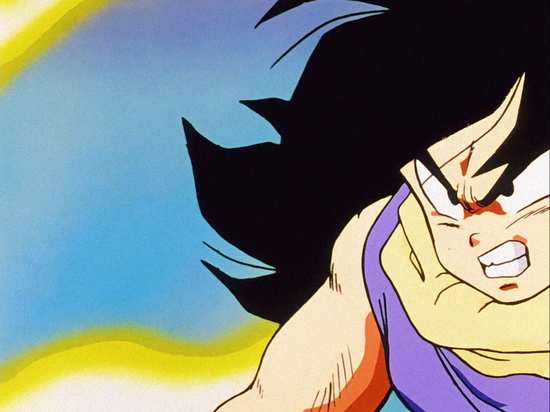 I won’t spoil the results of those battles here, nor the losses they incurred, suffice it to say that it was not quite the predictable conclusion I had expected. Indeed, it throws a whole new light on death on this particular version of earth where, previously, its inconvenience and upset could be countered by acquiring Dragon Balls. But what if there weren’t any left? Just saying. 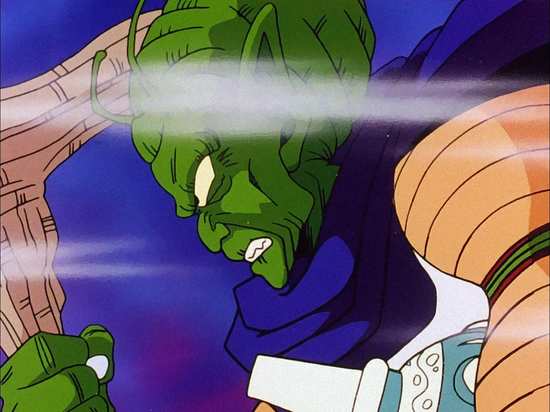 Bonus features are predictable, with a few sprinkled on the last disc of every season. For Season 1 there is just the (near pointless) textless opening and closing songs, but the other seasons have interview features (mainly with US voice cast) as listed below.

All features on this edition have previously been included on the North American and Australian Dragon Ball Z Blu-Ray Season sets, with the exception of “Celebrities Talk: 30 Years of Dragon Ball Z” on the last disc which is brand new. 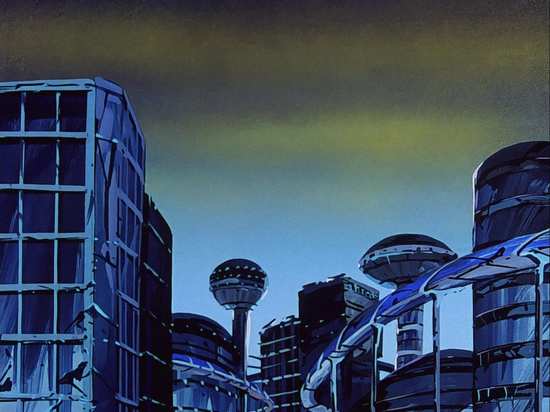 Well, so far I’m just one series (out of nine) in and am enjoying it far more than I feared I might. However, before lauding it as one of the best, perhaps I should reserve judgement till the end of Series 9. I’m not really very familiar with long running shonen series (with the exception of Fullmetal Alchemist in its original outing, which I loved), so this is really something new for me. But I’m really enjoying the retro feel of the series with its eighties music bed, and the relaxed way it makes me feel when I watch it. It also makes me smile with its wacky humour and extreme characterisation, so has lots going for it. 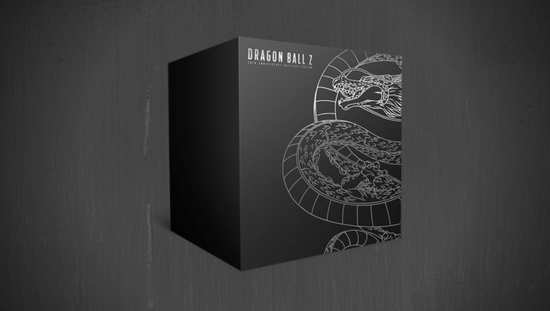 This set is, in a nutshell, fantastic, if you are a fan of Dragon Ball Z and it collects every episode of the series in one beautifully housed set, with some stunning extras. But the price tag isn’t cheap. To me, it looks like a really great transfer and in what appears to be Original Aspect Ratio too, so plenty for fans of the original series to get excited about.