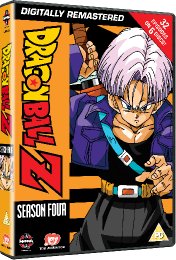 Am I a glutton for punishment or what? I’ve just had the worst imaginable time trying to stay awake through Dragon Ball Z Season 3, the interminable Frieza saga, yet here I am, sitting down to watch Season 4, barely two weeks after I posted that review. Does stupidity sprint in my family? Or maybe I was too harsh and judgemental, maybe Dragon Ball Z will pick up now that the pink poser has been defeated. Maybe we’ll get stories instead of one, season long fight sequence. Maybe I’ve got a dearth of new anime to watch right now, and Dragon Ball Z Season 4 was all that was left on the pile of unwatched review discs. Either way, I’m giving it another shot. On the bright side, there will be no more new Dragon Ball after this until 2013. 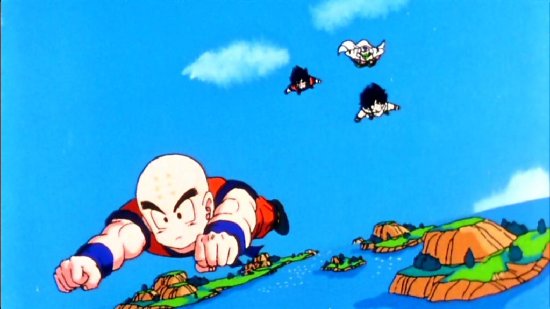 It’s been five years since the events of Dragon Ball. Goku has settled down with Chichi, and together they have a son, Gohan, the apple of their parents’ eyes. Gohan is a little timid, and spoiled by a mother who would much rather have a genius in the family than another martial artist saviour of the universe. Not that there is much saving to be done. The world is at peace, and even Piccolo’s behaving himself. In Season 1, that peace was shattered when aliens arrived, Saiyans looking to destroy humanity and sell off the Earth as real estate. After a whole lot of training, and no little death and destruction, Goku and his friends managed to defeat Vegeta and his allies, and save the Earth. But the price they paid was far more than they expected. Many of Goku’s friends fell in the battle, and former enemy turned ally Piccolo died as well. That meant that Kami died too, and with him the Dragon Balls that would have brought them all back. So Goku and co went off to the planet Namek to have one big fight to see who could get the original Dragon Balls and resurrect everyone. 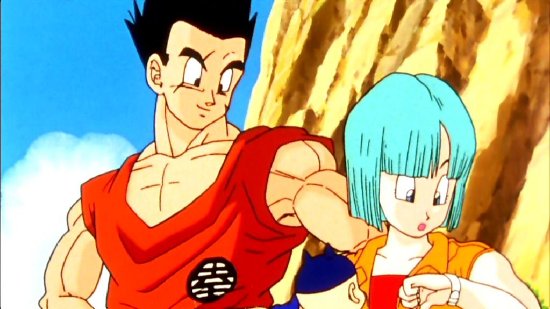 You can guess who the winners were, given that this is season 4 of Dragon Ball Z, and not Season 1 of Frieza and his Camp Crusaders. It’s been ten months since the end of that arc, and Goku’s still lost in space, ostensibly on his way home. Gohan’s back doing homework, trying not be to be an idiot like his useless friends (according to his mother), and the world is at peace. But there is trouble looming, as certain demons plan to take over the world, and they begin by displacing Kami from his role as guardian of heaven.

The 32 episodes of Dragon Ball Z Season 4 are collected across 6 discs from Manga Entertainment. 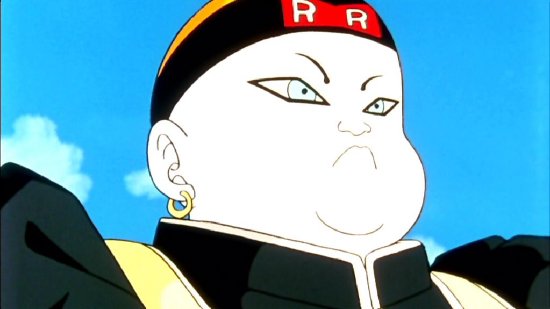 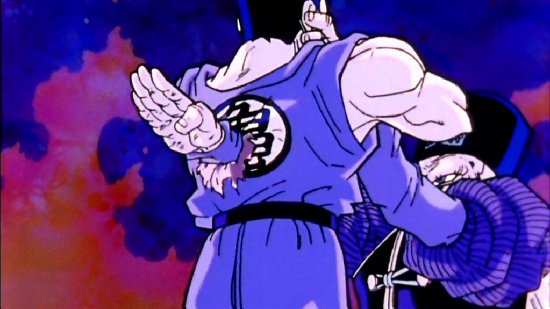 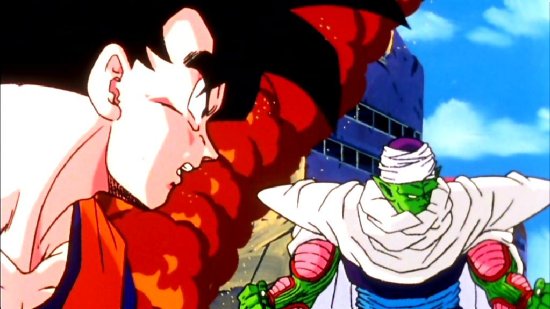 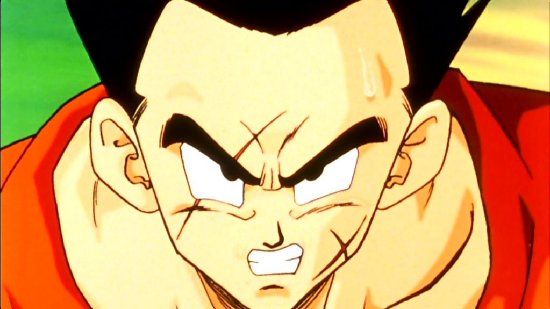 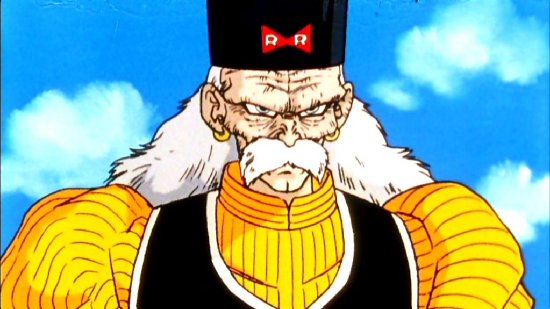 Note that on disc 3, the Japanese audio slips out of sync at the 34 minute mark, and stays about a lip flap ahead of the animation until the end of episode 121.

Series 4 is where Marathon Mode debuts. Place a disc in the player, choose Marathon Mode and you can watch the episodes through shorn of the credit sequences, and the previous episode recaps at the start of each episode. That typically turns a 2:20 disc into a 1:55 disc. That saves you a whole episode worth of pressing on the skip forward button.

You get the textless credit sequences on Disc 6, this time both US and Japanese versions are there, but these are the credit sequences from the start of the series. As you can see if you avoid Marathon mode, the animation will change to reflect the current story arc, and those versions of the credits aren’t here. 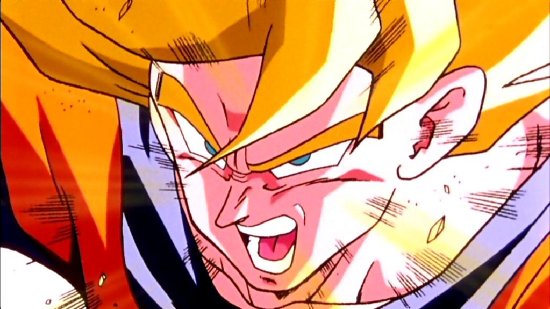 The single, sole, solitary positive I had from the third collection of Dragon Ball Z, the Frieza arc, was that it eventually concluded. I thought I would never have to see that little pink toe-rag ever again. Then I saw the title of episode 118 in this collection and had a brief brown-trouser moment. Fortunately, the tedium of the previous collection is a long distant memory, and Frieza only shows up as an object lesson to indicate just how much stronger our heroes are now, and how much more dangerous their latest foes are. I don’t think I could take another 32 episodes of one on one levelling up and success through superior willpower. 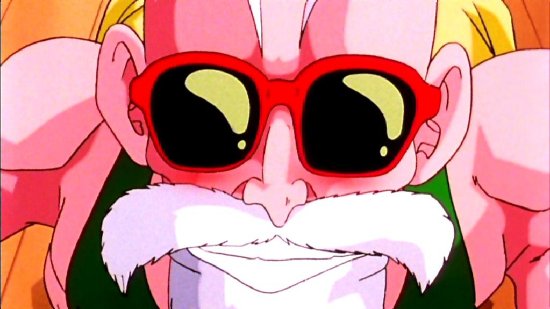 That is really still what you get here as Dragon Ball Z is a basic shonen action show, although to its credit it does mix it up a bit with some different stories and the occasional comedy interlude. I think I have Dragon Ball Z sussed though. It’s just basically remaking Superman II over and over again, with the latest villain doing the old ‘Kneel Before Zod’ routine at Goku, before being beaten into submission. Any villain that managed to survive the previous battle will join the good guys as a reluctant hero, again to up their collective strength, and also to contrast how much tougher the new villain is. Actually, given all the levelling up and awesome end moves demonstrated in each arc, it’s more like everyone has a collective loss of power between arcs, otherwise they’d be destroying the universe by twitching an eyebrow. 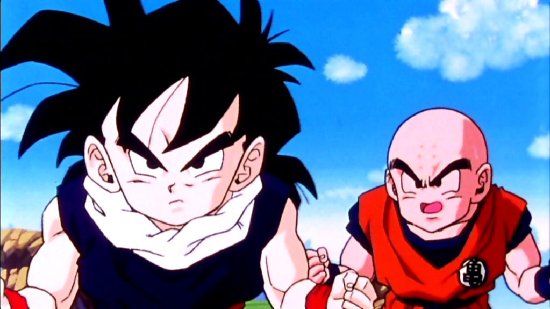 The story will contrive to have Goku out of action for most of the duration (dead, in training, in suspended animation, having a heart attack), during which time his friends will try, and fail to defeat the enemy. At the last minute, Goku will show up, stronger than ever before to save the day. Rinse and repeat for the next arc. There. That’s all of Dragon Ball Z reviewed. You don’t need any more. 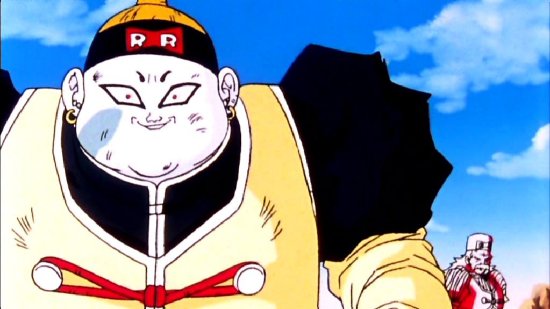 To keep body and soul together, here’s what you get in this collection, the Garlic Jr. Trunks and Android arc, and they actually drift a little from the norm. The Garlic Jr. arc is apparently a sequel to a story from the first series, or one of the movies, and this differs as there is no Goku to save the day, and it falls to Gohan and the others to actually prevail against the latest villain bent on world domination. Garlic Jr. wants to turn the world into a demon realm, and starts by usurping Kami’s position as Guardian in heaven, and unleashes a black fog which starts turning people into demons. A fight to the death ensues. 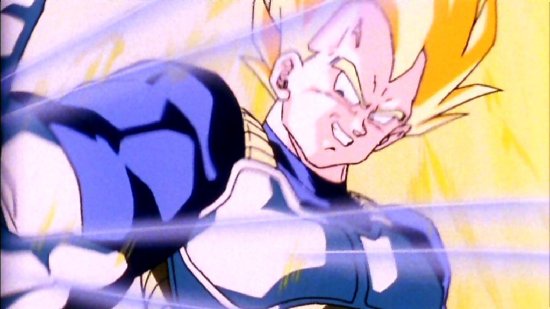 We then get an episode of diversion, with Kuririn getting serious about a girl. Maron is a complete bubblehead though, and introduced early on in this collection, she’s obviously the recurring comic relief. Krillin’s Proposal is the episode where he works up the gumption to ask for her hand. 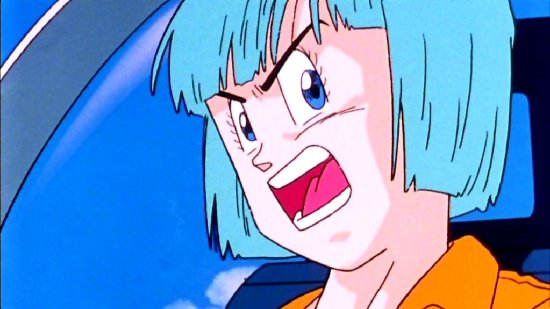 It’s back to the serious matter of combat to the death in the Trunks and Androids arc, and once again we depart from normal practice by doing something which isn’t relatable to Superman II. This time we’re ripping off the Terminator movie. The start of this story actually got me interested with its premise of killer robots and time travel, as a warrior from the future arrives to change history so that the world doesn’t turn to absolute crap. There are some nice twists and turns in this arc, with quite a few unexpected developments, but once we meet the villains, the androids that everyone is scared of, we’re back into Superman II territory, and in a big way. There are three androids threatening the world, the charismatic male leader, his vain and playful female lieutenant, and the tall, brawny, non talkative one. He doesn’t say, ‘kneel before Zod’, but the good guys would probably save a lot of time and bother by just doing so. 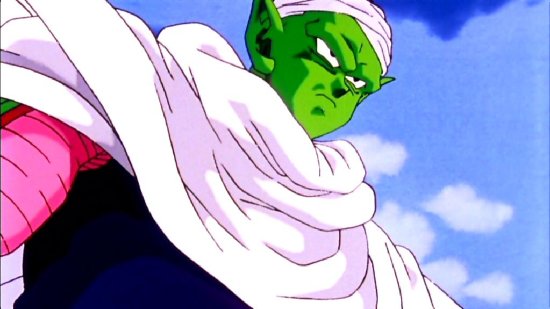 This is better than the Frieza arc... Hell, root canal would be better than the Frieza arc. I managed to watch all of the episodes without sighing and contemplating my demise in a positive light, and if you blasted me with a Kamehameha, I’d even admit to enjoying some of this arc. But it is a shonen action show which is showing its vintage in a big way, and I still believe it will really only appeal to those who watched it the first time around. Fortunately it appears that there are more than enough of you in this country to keep Dragon Ball Z sales looking rosy.