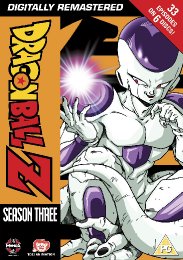 Again with the Dragon Ball Z? The initial pace of this show’s release is relentless, with one new boxset coming out practically every month. Thankfully the schedule will slacken a bit after the fourth volume, but I have to admit that the episodes I’ve seen so far all seem to be blurring into one generic morass of shonen cliché. Maybe that’s the whole point. I’ll be working on this conspiracy theory while viewing the next batch of Dragon Ball Z... 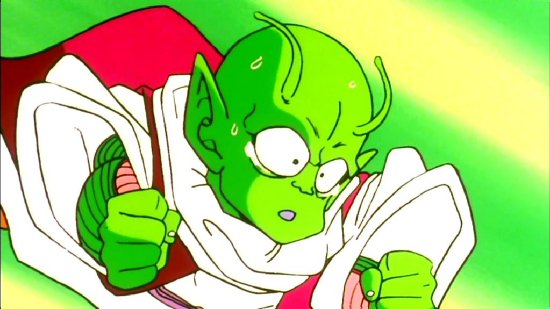 It’s been five years since the events of Dragon Ball. Goku has settled down with Chichi, and together they have a son, Gohan, the apple of their parents’ eyes. Gohan is a little timid, and spoiled by a mother who would much rather have a genius in the family than another martial artist saviour of the universe. Not that there is much saving to be done. The world is at peace, and even Piccolo’s behaving himself. In Season 1, that peace was shattered when aliens arrived, Saiyans looking to destroy humanity and sell off the Earth as real estate. After a whole lot of training, and no little death and destruction, Goku and his friends managed to defeat Vegeta and his allies, and save the Earth. But the price they paid was far more than they expected. Many of Goku’s friends fell in the battle, and former enemy turned ally Piccolo died as well. That meant that Kami died too, and with him the Dragon Balls that would have brought them all back. 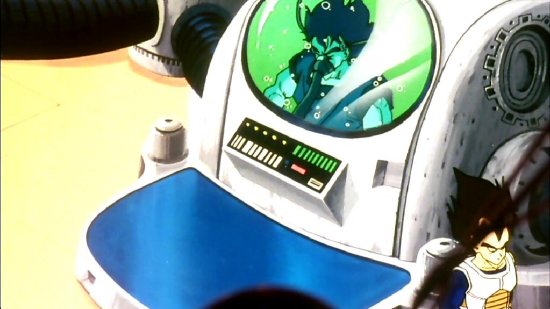 Now Bulma, Kuririn and Gohan have travelled to the planet Namek to find the original Dragon Balls, only to find the most powerful villain in the universe, Frieza is there, looking for them himself. He’s so mean that even Vegeta is terrified of him, and Vegeta is there trying to find the Dragon Balls to become immortal enough to defeat Frieza. It’s gotten so desperate that Goku broke out of hospital, commandeered a spaceship and set out after them. As season 3 begins, the Dragon Balls have been found, but they require the correct invocation to summon Shen Long and grant their respective wishes. And time is running out, as the Grand Elder, without whom the Dragon Balls will fail to work, is rapidly approaching the end of his life. 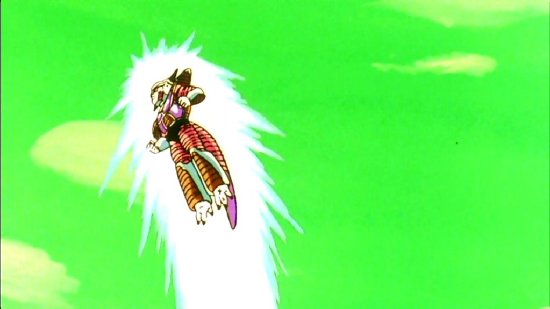 The 35 episodes of Dragon Ball Z Season 3 are collected across 6 discs from Manga Entertainment. 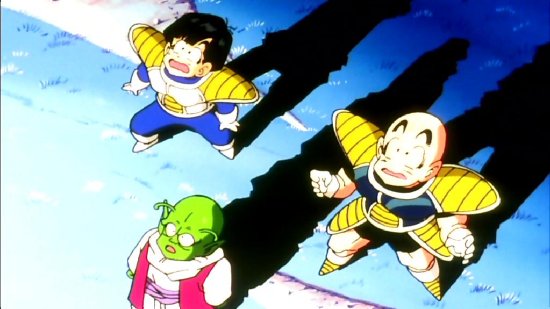 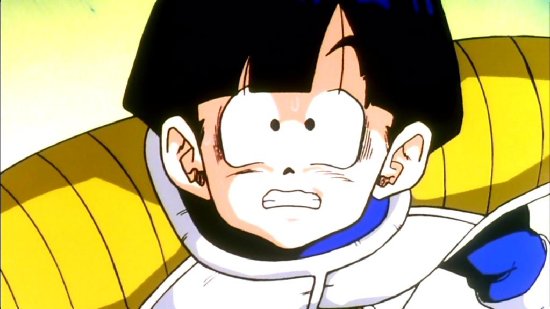 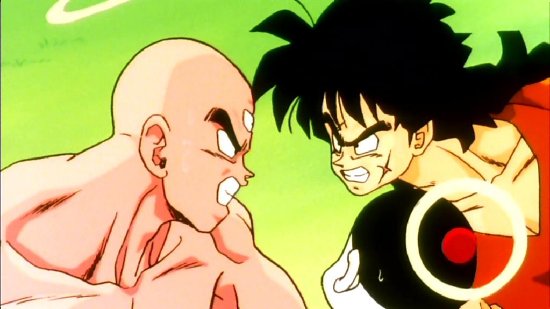 I have to say though that in these episodes, the cropping of the 4:3 image is a lot more obvious in certain scenes, with characters losing half of their heads on repeated occasions. There’s also a whole lot of shaking of the camera in this set of episodes, a lot of earthquakes and tremors, and that, coupled with the aggressive DNR, means that character detail, outline and edges keeps being scrubbed out. Any time the image shakes, faces get turned into a bleary mess. 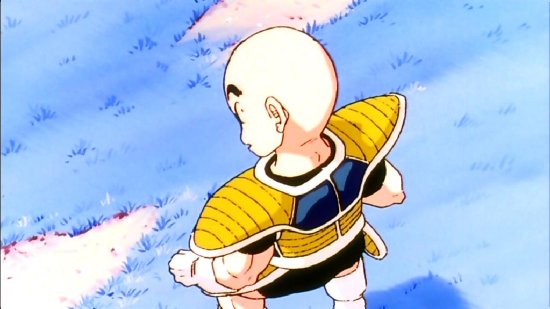 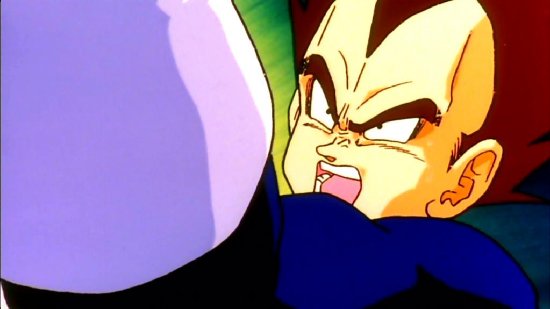 You just get the textless credits sequences (Japanese versions) on disc 6. 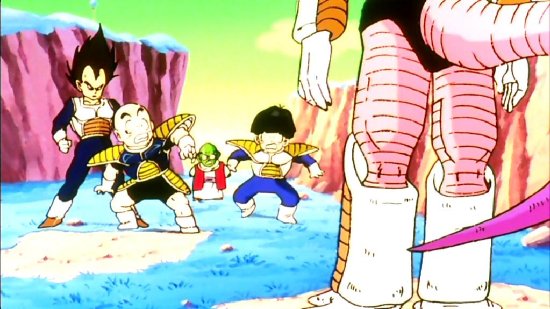 Okay... Here’s the thing... Shows like Dragon Ball Z are all about the nostalgia factor. It all comes down to your particular gateway drug of choice back when you first encountered anime. For recent converts it’s most likely to be stuff like Naruto and Bleach, for fans of my generation and older, it will be shows like Gatchaman (Battle of the Planets) and Robotech, and those European Japanese collaborations like Ulysses 31 and Mysterious Cities of Gold. Those fans which were indoctrinated in the late eighties and early to mid nineties, would have had the first mass produced Japanese cartoons shown wholesale on Western TV, shows ending in –emon, shows like Sailor Moon, and indeed Dragon Ball Z. For these fans, the majority of anime fans, they would have been blown away by a new way of cartoon storytelling, epic, ongoing storylines, battles, bloodshed, victories and losses, and characters that grew and changed over the runtime. What’s more, any further anime they would encounter would only be better, as they would thus discover further genres and stories, and also learn that stories could be told in short run times of 26 episodes or less, not just the epic shonen blockbusters. Dragon Ball Z would be unlike anything they’d seen before, and anything that followed would only be better. 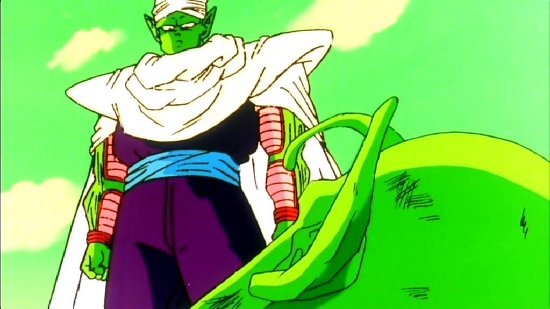 That isn’t how I got into anime. I went the other way. After the shows like Willy Fog and Ulysses that I didn’t even realise were anime at the time, my first encounter with the medium was Katsuhiro Otomo’s Akira. My second encounter was Studio Gainax’ Wings of Honneamise, then it was Kawajiri’s Ninja Scroll, and then it was Mamoru Oshii’s Ghost in the Shell. When it came to DVD, the third or fourth show I watched was Ghost in the Shell: Stand Alone Complex. I started off with the best of anime, and with everything I’ve watched since then I’ve looked for shows that will live up to those standards. Now if you’ve spent 10 years looking for the best in anime, and sit down to watch Dragon Ball Z for the first time, your reaction may be similar to mine. 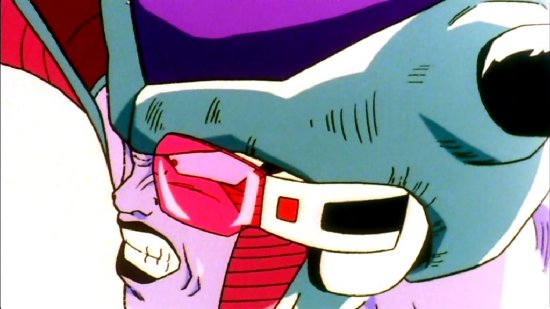 If you are a Dragon Ball Z fan, and are steeped in the lore, love the nostalgia, and have fond memories of watching it as it was first released almost two decades ago, go and buy this set, which while technically disappointing, at least offers you the chance to own this show on DVD for the first time in the UK. Ignore everything I’m going to write from now on... 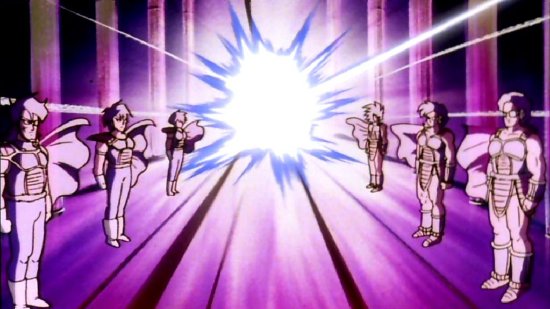 This is the most tedious, mind-numbing, boring, cheap, torture known to man. There are 33 episodes of Dragon Ball Z in this third collection; you want to know what those 33 episodes are about? These episodes comprise the tale of a fight. Frieza versus the good guys. One fight. For thirty-three endless, repetitive, soul-sapping episodes. The most interesting thing during these episodes? The new swearwords that I was creating to hurl at the TV because I had exhausted the ones in the English and the Panjabi dictionaries. There are two episodes in this run which has Goku just standing there with his hands in the air, while Frieza tries to figure out his strategy. 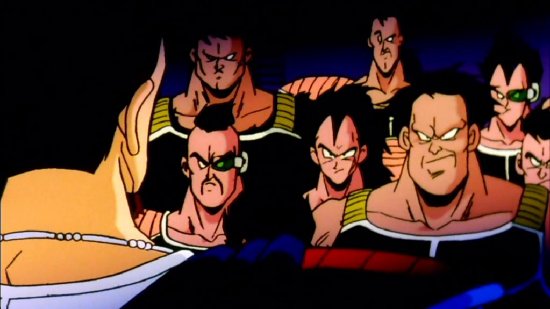 Volume 2 had the episodes that stretched ten minutes into four episodes. That’s baby crap compared to what this season does. Episode 97 contains a world shattering event put into motion. A deadline is in place. Goku has just five minutes to defeat his foe and escape with his friends. Those five minutes finally run out in episode 106. That’s two whole discs worth of five minutes. That’s five minutes stretched out into four hours. Four f**king hours! 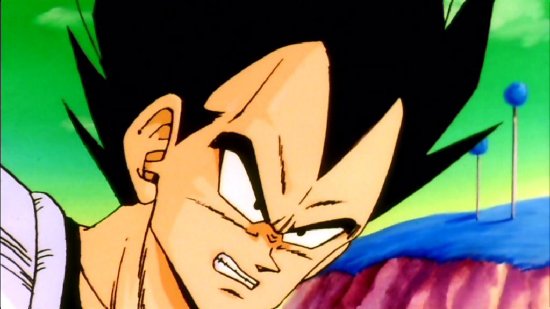 It all does it the traditional shonen way, with flashbacks, recaps, freeze-frames, and every cheat you can think of. It’s your basic levelling up until one side out-powers the other, only this levelling up goes on for 33 episodes, with Frieza facing first Goku’s friends, then Vegeta, then Vegeta and Goku’s friends, then the resurrected Piccolo, then various combinations thereof, until Goku (who’s been floating in a bacta tank all this time), finally shows up to fight with Frieza for about eight hours, I mean ten minutes. 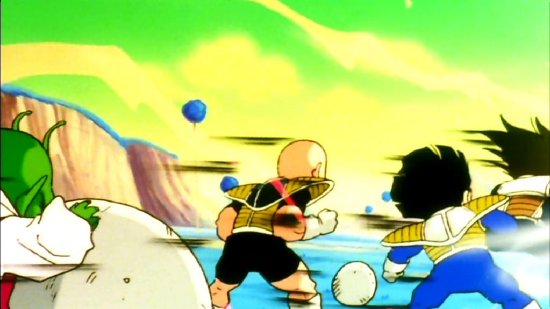 Combatants strike a pose, knead their chi, onlookers will gasp and shudder at the power revealed. Cut to Kaio who’s watching telepathically from heaven, where he, Yamcha, Tenshinhan, and Chaozu will gasp at the power being revealed, before having a conversation about the new development in the fight... cut to Bulma for a little comic relief... cut to Goku floating in his tank, sensing the disturbance in the force... cut to Earth where Chichi’s trying to get a spaceship to go to Namek and get Gohan, but they’re watching it on TV... gasp, power, shudder, conversation... cut to confrontation where one of the combatants makes a move... cut to onlookers... and so on and so forth for the entire boxset. The arc is about to come to an end, winner about to be decided, planet about to explode, and in between the second hand ticking from 59 on the timer to 00, the show stops so that Vegeta can have a fifteen minute flashback. 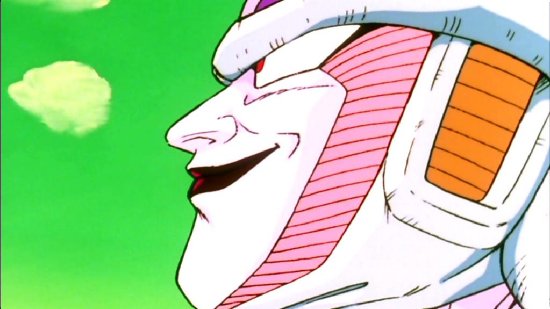 There is some interesting stuff in amongst the tedium. The idea of two combatants duelling while a world dies around them makes for great drama... in Star Trek III. In Dragon Ball Z it just takes enough time for a new solar system to form. Some interesting stuff happens with Vegeta, with the Namekians, including the ‘making it up as they go along’ approach to storytelling revealing that their Dragon Balls offer infinite resurrections, where the previous rule was one resurrection only, which instantly saps the story of any finality or peril. 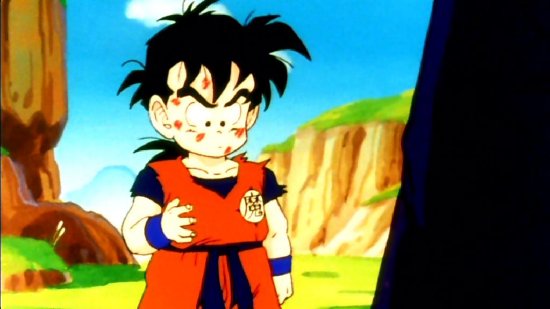 But Dragon Ball did manage to make me cry. No, really, it had me sobbing like a baby, bawling bitter tears, the sort that has snot running down your chin as you desperately try to snort it back up. Nothing in the show mind. It’s just that as I was in the middle of watching these episodes, the postman came and delivered the check discs for part 4, another six discs of Dragon Ball Z that I have to review. They say that the Frieza arc is the absolute nadir of the Dragon Ball Z series, that this is as low as it gets. It better be, or in about a month, you won’t be reading my review of volume 4, you’ll be reading my obituary.