That’s streaming, but buried as a throwaway line in the article was the revelation that Funimation itself has ceased to exist, rebranding as Crunchyroll. It triggered the same annoyance in me when Funimation bought out Manga Entertainment, and within a year, erased the name, the younger company apparently erasing the legacy of the UK veterans. Now it’s happened again, with the whippersnapper Crunchyroll branding supplanting the more established Funimation. You can see why it happens of course, as Crunchyroll’s global reach far outweighs Funimation’s North American (and of late UK) user base. The question remains as to what happens to the physical media business. I had thought that the Manga label would survive on select titles despite the end of the brand, but that didn’t happen. Given that, it’s very likely that physical media will start to ship with the Crunchyroll logo.

Regardless, you can’t help feel sorry for those folks in the former Manga towers. Consolidation usually means downsizing, although in this case it will be the streaming side of the business that will be affected, but the poor folk in the UK offices will now have to go through their second corporate rebranding exercise in as many years, and that’s never cheap. It’s annoying just changing all the e-mail addresses again, and telling everyone on your mailing list... 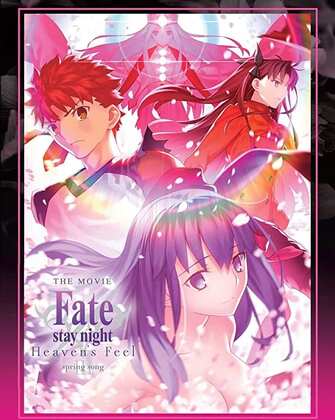 Last week’s review was for Fate/Stay Night Heaven's Feel III - Spring Song, the conclusion of the adaptation of the third and final arc through the Fate/Stay Night visual novel; a game we never actually got in the West. We have over the years got plenty of anime adaptations of the game though, beginning with the original Fate route, two versions of the Unlimited Bladeworks route, and a spin-off prequel series Fate/Zero (still the best in my estimation). The three movies that make up the Heaven’s Feel route through the game are a worthy follow-up though, as they make best use of Fate/Zero as a prequel. This film really concludes the story to excellent effect, doing justice to the character development that has come before, delivering some serious eye candy when it comes to the action. You also finally learn the secrets behind the Grail War that the other outings had been circumspect about. Click on the review to read more. 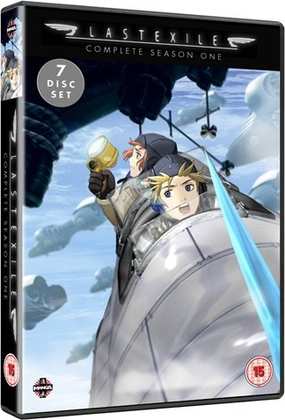 Last Exile. This is one of the shows that I tend to really look forward to in my re-watch rotation. Given how many anime I have seen to this point, those titles are still vanishingly few in number, shows that transcend the medium, and come to mind first when someone asks for a recommendation. Last Exile is also a Studio Gonzo show where they got their formula of futuristic sci-fi mystery action comedy just right, helped in no small way by the art design work of Range Murata. There is some epic world building, in a strange world at war, a steampunk future where vast airships ply the skies, and couriers fly fast ‘vanships’ to deliver messages and packages. When an unexpected package in the form of a little girl falls to a couple of young, orphaned vanship pilots to deliver, it triggers a battle for the future of the world, a battle centred around the mysterious Exile, hidden way at the heart of an eternal storm.

Last Exile is a rip-roaring adventure with great characters, and a fascinating world, a series made when storytelling still trumped fan-service, and not everything had to be a fan-pleasing cliché or trope; see the disappointing Fam, The Silver Wing sequel for an example of that. Intelligent and original, Last Exile is very much a show worth seeking out. It was a Geneon title in the US, but ADV released it in seven DVD volumes in the UK, followed by a complete collection. Here’s my review. Manga Entertainment picked up the licence and re-released it thereafter to promote the sequel, (Here is Stuart McLean’s review of that version) and that release is still available to buy at retail today. I do recommend you seek it out.