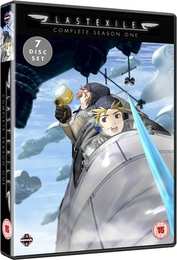 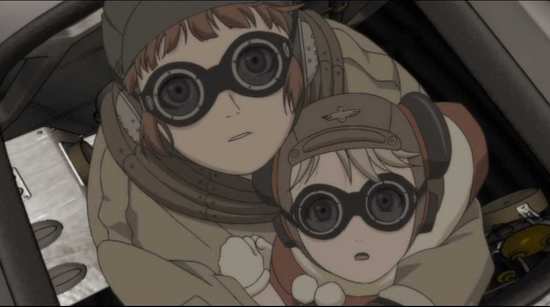 Anime really is a broad brush. Sometimes puerile, usually fun and on rare occasions sublimely inventive. ‘Last Exile’ is certainly the latter. Whilst its core characters look manga-perfect, and in no way differ from the norm, where it scores highly is in its wild flight of creative imagination, creating an alternate reality that is neither past nor future but both. (Maybe that’s the appeal of steam-punk? It never really struck me before). Liberated from adherence to any scientific reality, the storytelling is unimaginably rich; the detail and atmosphere utterly bewitching and if escapism is the goal this fulfils that objective with honours. In other words – it’s really top notch stuff. 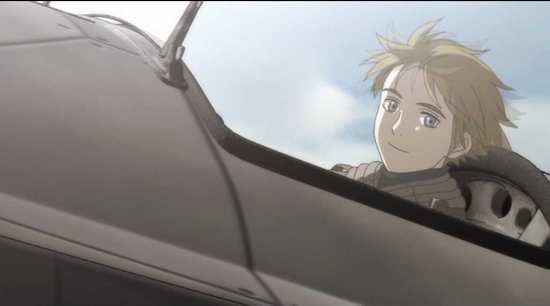 Despite now enjoying its ten year birthday, the series looks great. The artwork is often a beautiful subtle mesh of greys, ochre and browns, often set against a cloudy sky-scape. The animation is as imaginative as its plot though never gratuitously so. Sure there are some crazy dog-fights in the air but never quite to the point of queasiness. 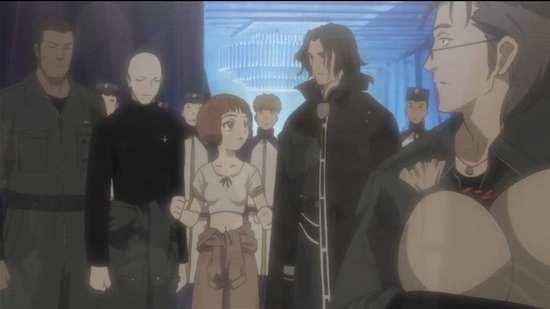 I know that the Animeister himself (the right honourable Jitendar Canth of this very parish) rates this very highly too as it was none other than the good man himself who sent it to me having reviewed it already in a previous edition which apparently scarcely differs from this. I may well have read that review when issued but have deliberately avoided doing so before posting this so as to avoid his infectious influence, though I would like to encourage anyone reading this to also read that as it will come from a point of real authority, whereas I am what can only be described as an occasional dabbler in the medium. The reason for that is because anime is so variable. If it was all this good I think I would soon become something of an obsessive. 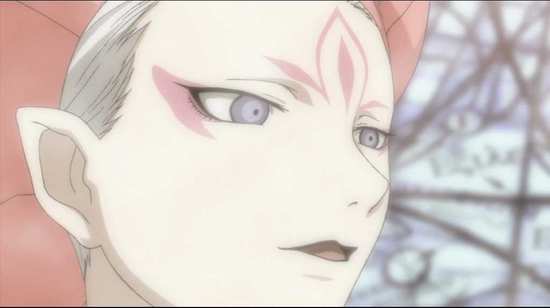 The series is a GONZO production, and writing is also credited to GONZO though it doesn’t feel like a collective effort. The narrative is full of twists and turns and despite being 26 episodes long is a page-turner, if such a descriptor works for DVD. 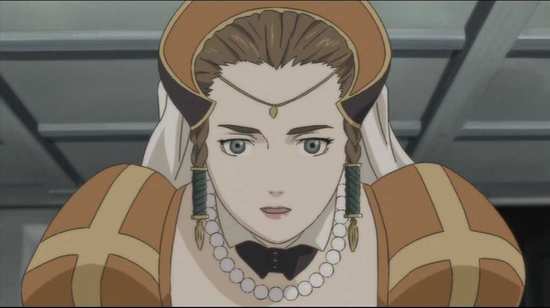 Set on Prester, an alternative earth-like world, full of mountains, the most flexible means of travel is the use of van-ships (basically light aircraft without wings) as well as giant industrial ships also housed in the sky. One part of Prester (Anatoray) is at war with another (Disith) over the scarcity of water which becomes a (pardon the pun) running theme. Both nations are watched over by by super-beings known only as ‘The Guild’ who seem merely amused by the fighting as if it is merely entertainment. It all gets a bit complex as it progresses but as this happens an episode at a time you hardly notice. But summarising it in a few words is not that simple. 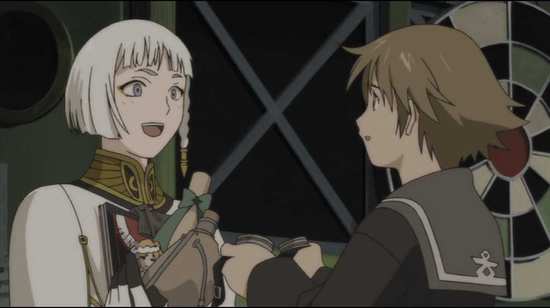 The two principal characters here are the very likable Claus Valca (a van-ship pilot) and his young navigator, Lavie Head. Having been left a van-ship after their father’s deaths they eke out a living as couriers. However, one day whilst on an errand they get drawn into much more complex matters. They end up rescuing a young girl named Alvis Hamilton and are entrusted to deliver her safely to a legendary war-ship, The Silvania. When members of The Guild come after them they realise that there is more to Alvis than meets the eye. After all, why is everyone so keen to get hold of her?
It transpires that she is absolutely key to the ship Exile which is stuck in the Grand Stream (where our heroes father’s lost their lives) but The Guild don’t want human’s to have access as it would allow them to leave their domains. 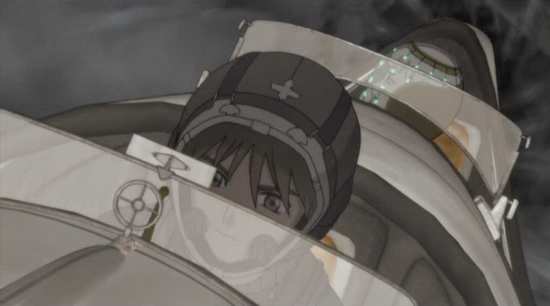 The characterisation is generally strong though there are a number of characters who we never quite get the measure of but maybe that can wait till there’s a follow up.

I know – I’ve made it all sound a bit complicated and dull but it really isn’t. Friendships, love affairs, battles and vengeance all feature as one exciting episode leads to the next. Oh – and then there’s that little twist right at the end. I won’t spoil it here but not everyone will see that coming! 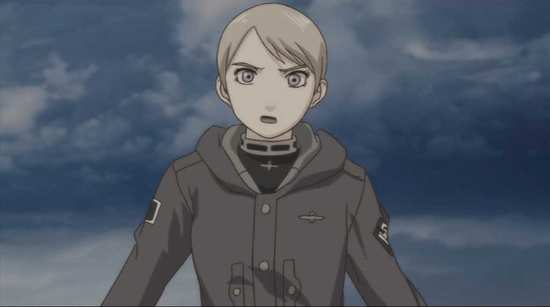 Picture quality is good (I assume the residing ‘softness’ is stylistically intended) and though it’s a decade old it’s in OAR of 1.78:1 (16:9 widescreen) and enhanced for anamorphic playback, filling the average set beautifully and looking top notch on the 42” plasma I used to view it. 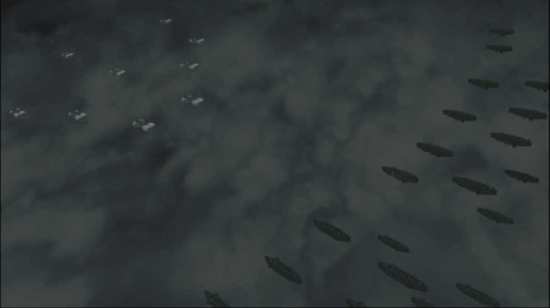 My family got slightly tired of hearing the eighties sounding pop opening theme some 26 times in two weeks but that’s a very small price to pay for such an immersive and enjoyable anime. Other than the anomaly of the opening theme it’s a good score that is sympathetic to the action.

I watched the whole thing with the US dub which I thought was excellent and reasonably sympathetic to the original (I checked out an episode in Japanese with subs). Its 2.0 stereo sound-track was certainly man enough to bring the battles to life as well as tackle the quietest dialogue. 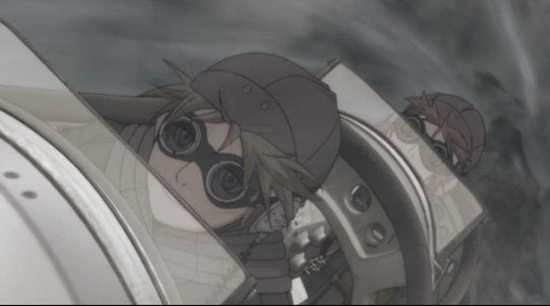 There are a few extras though pretty slim pickings (textless openers and closers (why?), character profiles, some artwork, trailers for other series etc). What would have been fab is some PDF artwork books and mangas where you could pore over them in the comfort of your own iPad / laptop. 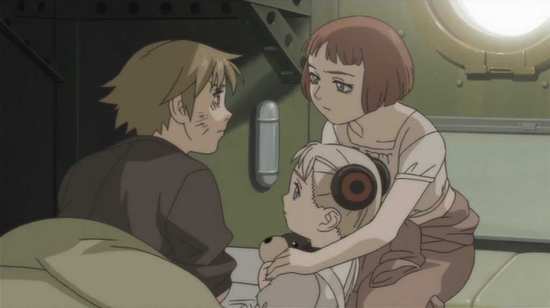 Still, with 26 episodes to enjoy across seven discs and the opportunity to escape to an entirely alternate reality for a couple of hours each evening, it’s still a must-have set.  It will definitely go on the watch again pile.

Now go and find out what Jitendar had to say about it.