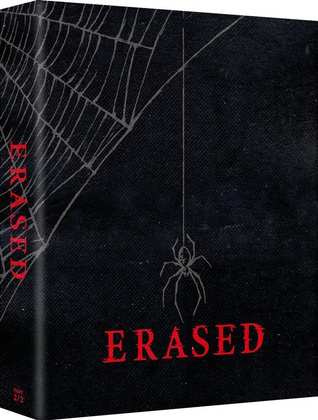 Wow! I posted five anime reviews last week, and a live action review as well. I’m not reviewing more, and I certainly don’t have time to watch more. I just have a pile of previously written reviews that at one point last week actually fell over. So, I’m sneaking in a few reviews for my own collection, for the sake of a partial declutter. First up last week was Erased Part 2. Mysteries can so easily go off the rails once writers write themselves into a corner, and wind up bending their own rules to make things work. Erased had a greater chance than most of that happening, with its murder mystery combined with a time-travel plot device. It also had a chance of becoming easily predictable. In the end, the story manages to walk the tightrope between these possibilities pretty well, with just one wobble to worry about. Click on the review to see if Erased Part 2 is a worthy conclusion, without spoilers. 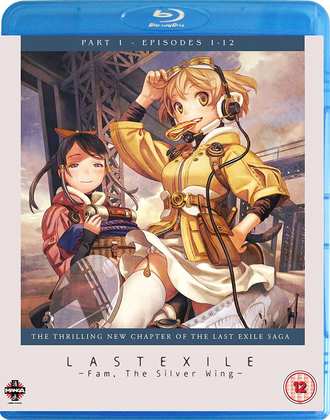 Next it was the turn of Last Exile: Fam The Silver Wing Part 1. I reviewed it originally on DVD, and a re-watch gave the chance to upgrade Part 1 to Blu-ray, as well as give me a chance to re-evaluate and if necessary upgrade my review. Blu-rays are always shiny, and the show does look good in high definition. Alas, watching it that way doesn’t in the end improve the characters or story any, and I came up against the same shortcomings that I did when I originally watched it. So click on the review to see the cut and paste. 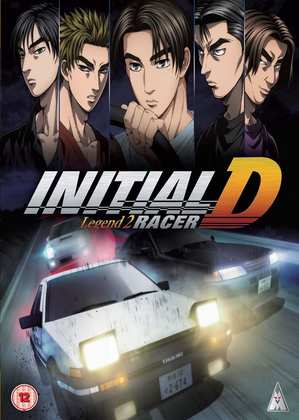 Back to the present day with a review of Initial D Legend 2: Racer. We’re getting the trilogy of Initial D re-imagined movies this spring, as we revisit Takumi Fujiwara’s second chapter as a mountain racer. It’s a revisit as we did get the original series on DVD back in the day, or at least volume 1 of the show. The Initial D Legends movies are what you get when you pare down character and narrative, and concentrate on the fast moving cars. Click on the review to see if that’s a good thing. 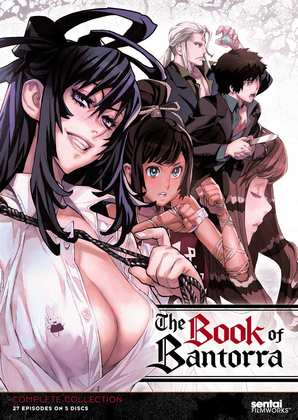 Back to my collection with the review for The Book of Bantorra: Complete Series. This one I had to import, after Crunchyroll lost the licence before I could finish watching it. All I remembered after this much time was how interesting the premise was, and how well the world-building was accomplished. What I had completely forgotten was why I never kept up with the Crunchyroll streaming in the first place. I got a pleasant reminder of the former, and a brutal reminder of the latter, as you can read in the review. 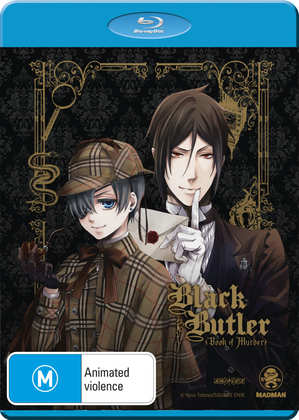 I also imported Black Butler: The Book of Murder, as I find impatience plays a greater part in my purchasing decisions. Black Butler is a fantastic manga about an orphaned aristocratic child who makes a deal with a devil to survive, and who returns to his life with the devil as his butler, whence he enters into the service of Queen Victoria, as the royal ‘watchdog’. The first two anime series were a little hit and miss, with the canon storyline impressing more than the anime original elements. When Black Butler recently came back to the screen, it remained purely canon, magnificently demonstrated in the Book of Circus series as released here by Anime Limited. The next story adapted was the Book of Murder, which was released as an OVA series, and it is just as good. 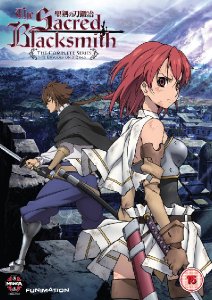 The Sacred Blacksmith. Sometimes I wonder if mainstream anime is actually getting worse. Then I watch The Sacred Blacksmith and I realise it is. Back when it was originally released, I criticised it as moe-blob fanservice wearing an action fantasy costume, where the boob gags were more important than the narrative. Not too long ago, I watched Testament of Sister New Devil, and compared to that, The Sacred Blacksmith is a masterpiece of narrative and character building. Even when playing to the anime fandom common denominator, The Sacred Blacksmith does enough to stand out as unique and inventive. I may not have warmed to Last Exile: Fam the Silver Wing any, but The Sacred Blacksmith has improved in my estimation, and is well worth a second look.

Manga Entertainment released The Sacred Blacksmith on DVD back in 2011. Here’s my review from back then. It looks like it’s deleted now, so second hand is your best bet for a UK release, or you could import a Region 1 copy from the US.