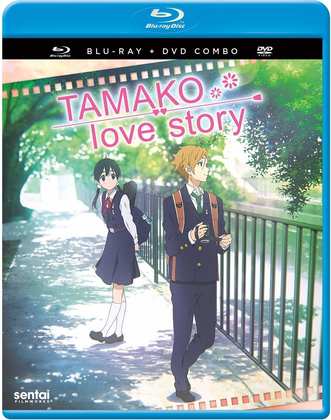 It’s been one long week of disillusionment, although not always in a bad way. Certainly Tamako Love Story is a decent, entertaining and likeable movie, it’s just that if you’re expecting more of the same wacky, mochi-eating-and-talking-bird antics as in the Tamako Market TV series that preceded the movie, you’ll be let down. This feature film focuses on two of the series characters, and their awkward stumbling towards first love. Click on the review to see what I mean. 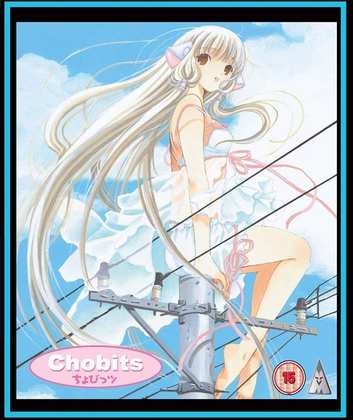 I loved Chobits! It was one of the first anime titles that I reviewed for this site, and its quirky tale of romance between teenage boy and cute robot girl entertained and provoked thought. It was a cute and likeable show based on the CLAMP manga of the same name, and it was quite the hit back in the day. Naturally it was high on the list of anime that I would upgrade from DVD to BD, even if it was just an SD upscale. And this time I watched it to learn that Chobits just hasn’t dated all that well. What was once cute and heart-warming now just feels twee and indulgent. 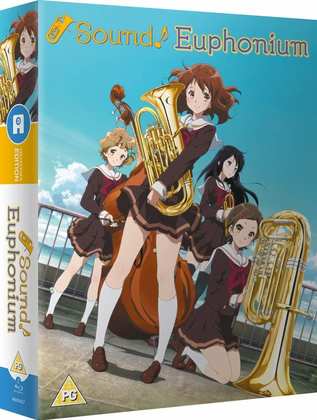 I can’t complain about Sound Euphonium Season 1 though. It’s the wonderful series from KyoAni that looks at the lives and travails of a high school band through the eyes of a euphonium player named Kumiko. After a conflicted experience at a competition in middle school, she starts high school with the intention of avoiding the music club, but gets sucked in anyway. It’s the tale of the rise of a school orchestra from mediocrity to national competition, but what make the show special are the characterisations and the writing. It looks and sounds divine too. So disillusionment? I just wish that the discs did justice to the series. 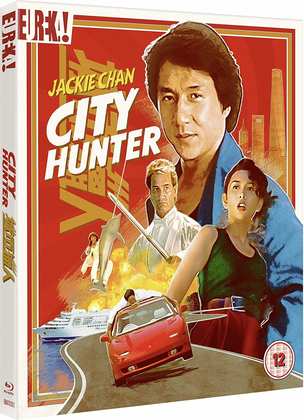 I like it when I can mix things up in a week of reviews with a little live action, after all, Japan’s mainstream movie industry is just as devoted to adapting manga as Hollywood is to comic books. However, City Hunter was made in Hong Kong. It’s a Jackie Chan movie that has long been on my radar, and I finally got to watch it last week. It loosely adapts the City Hunter manga with Jackie taking on the role of inveterate womanising detective Ryu Saeba. I don’t know how good an adaptation it is, but it’s not all that great a movie. Still, the action at least is Jackie Chan in his prime.

If you’re still interesting in City Hunter in live action form, here’s a trailer for the forthcoming Nicky Larson film (Ryu Saeba’s French name), which will be released in 2019. 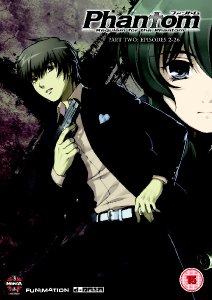 Phantom Requiem for the Phantom. I can’t really be disillusioned with this one, after all it’s hardly my favourite anime show to begin with. Studio Beetrain changed things up from their usual girls with guns genre to a girl and a guy with guns. A young Japanese man gets sucked into the criminal underworld when he’s targeted by the assassin named Phantom, but his instinct to survive catches the eye of the Inferno group, and the girl, Phantom trains him to be an assassin as well. It’s an epic tale with plenty of twists and turns with a big screen sensibility. And it is so bland! When your main characters tend to speak in slow, halting monotones, it’s hard to invest in the show, and the twists and turns do get pretty daft after a while, including the fastest maturing girl on the planet.

Manga Entertainment released Phantom Requiem for the Phantom on DVD in 2 halves in 2011/12, and subsequently in a complete collection. Here’s my review of Part 2. The series has been deleted in the UK, but it is available second hand, and the odd new copy may be floating around. It is still available brand new from Funimation on their S.A.V.E. label, and their BD release is Region B compatible.