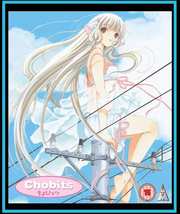 I usually begin one of these reviews with an attempt to justify my purchase. This time I can’t even begin to explain why I opted to buy a Blu-ray of a show that I already have on DVD, other than to state that Chobits is one of my favourite anime, a show that got me hooked on the anime medium again after a brief hiatus back in the late nineties and early two-thousands. Therein lies the rub. Chobits is a show made in the early 2000s, after the end of cel and paint anime, but before the advent of high definition. This was a show natively animated at 480 lines of resolution for NTSC broadcast. And when it came to scaling it up for Blu-ray presentation, Funimation accomplished this in-house in the US; this wasn’t a Japanese Blu-ray created from the original source animation. The Japanese Blu-ray was released some four years later, and probably used Funimation’s upscale. Fewer discs, less shelf space, and that scratchproof coating might be the only selling points of the Chobits Blu-ray. 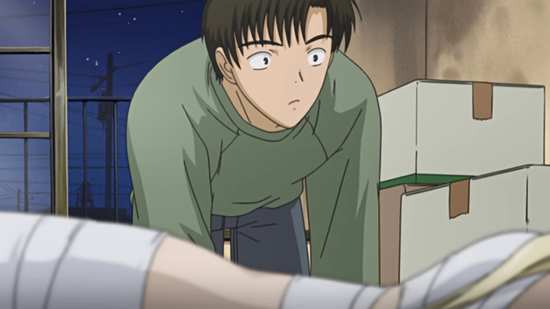 Chobits takes place in a not too distant future, where computers and similar gadgets have evolved into Persocoms. Designed to be companions for people, they are technological devices in robot bodies that look completely human except for the ears, with a degree of intelligence and personality, and tailored to the needs of their owners. 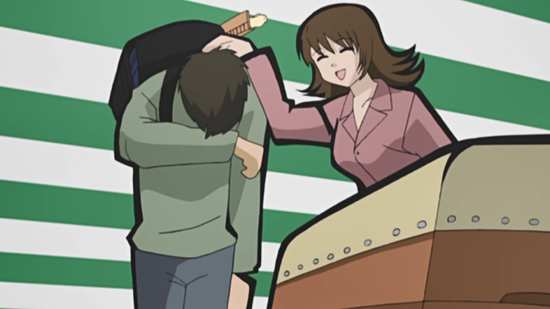 Hideki Motosuwa failed his entrance exams for university, and is playing catch up by enrolling in a prep school to get his grades up to scratch. He’s left his home in the country and moved to the city for this, finding lodgings as well as a job in a bar to pay the bills. He’s shy around the opposite sex, though he has a healthy interest in girlie magazines. He’s surprised to see the number of Persocoms in the city; it looks as if everyone has got one of the expensive items. He knows he’ll never be able to afford one, so it seems serendipitous when he finds one discarded. He’s not exactly savvy about technology, but fellow student and neighbour Hiromu Shinbo along with Minoru Kokubunji help him reactivate Chi. But Chi is a blank slate, one that miraculously appears to be operating without an OS. Hideki is soon spending his spare time teaching Chi, but Chi manifests some odd traits. Just where did she come from, and what was she before her memory was wiped? 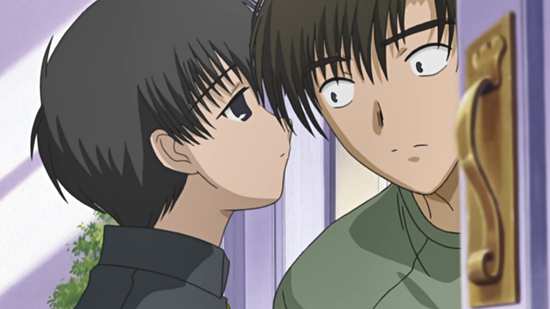 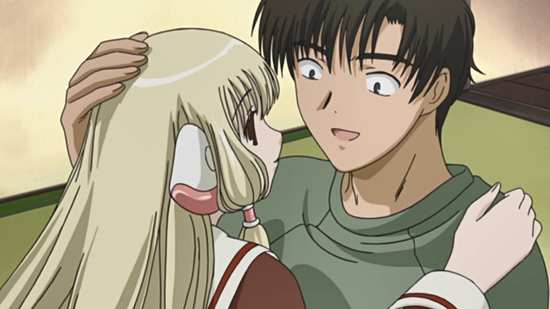 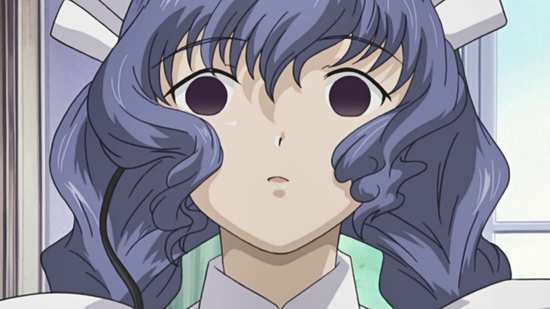 Chobits gets a 1.78:1 widescreen 1080i 60Hz transfer on these discs, and it’s an upscale from an SD source. To be frank, it looks just like the DVDs, soft and of low resolution, bringing across the character art and animation in just the same way. The colours are much the same as the DVDs, suggesting that Funimation didn’t have access to the original animation when creating the upscale, and used the DVD masters instead. Of course compression is largely absent, but Chobits isn’t the intricate, detailed, fast moving animation to display much compression, even on DVD. The one advantage that UK customers will have with the Blu-ray over the DVD is that we get a clear and consistent interlaced 60Hz transfer, instead of the NTSC-PAL standards conversion that the DVDs got. So no more added softness, no blended frames, and no ghosting, which is obviously an improvement. 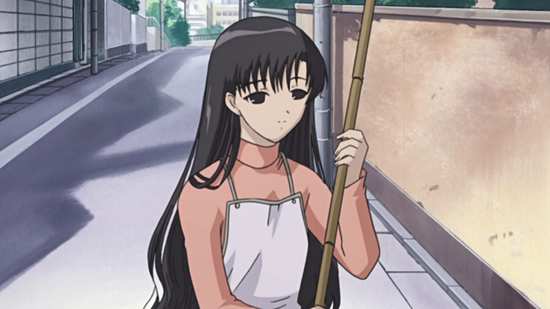 You get a choice of Dolby TrueHD 2.0 Stereo English or Japanese with optional subtitles and a signs only track. This is an early Funimation Blu-ray, and as such it has the thin white font to its subtitles that are easy to lose against busy backgrounds. As always, I listened to the Japanese track, and it is accomplished well enough, with noticeable stereo separation. The English dub is serviceable, but not astounding, the biggest drawback of which has to be the voice chosen for Chi, which sounds monotonous and out of character. 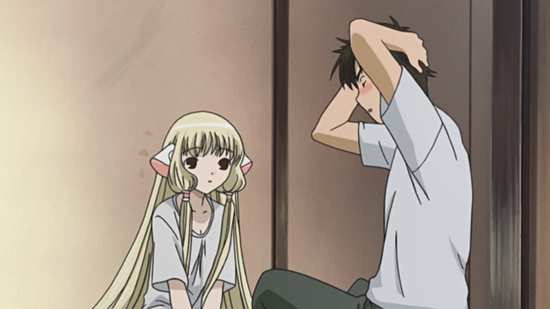 You get three discs in a BD Amaray case, with two on a central hinged panel. The sleeve is reversible with some nice character art to look at if you aren’t enamoured of logos and blurb. 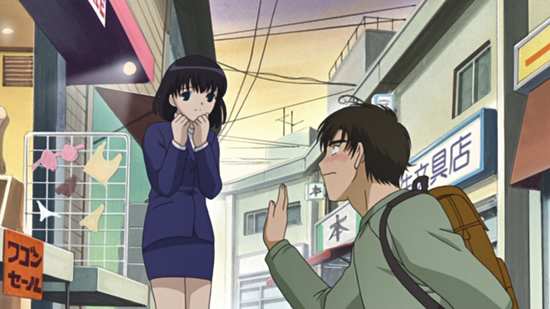 Disc 3 has the extra features, and they are replicated from the DVDs. Nothing new here. You get the three recap episodes, Shinbo & Sumomo Chat (23:53), Minoru & Yuzuki Chat (23:53), and Hibiya & Kotoko Chat (23:53), as well as the previews that followed the first two of the recaps.

You also get the 6 minute Chibits Special, which has a mini adventure for Sumomo and Kotoko.

Finally there is the textless opening and three textless closings. 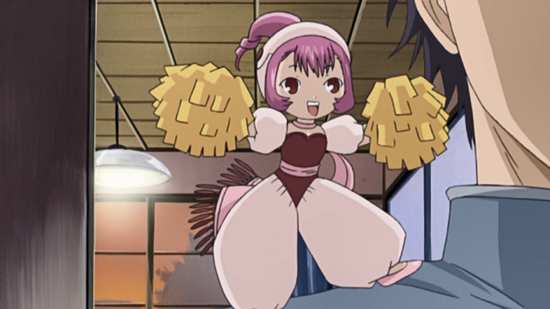 Now that was totally unexpected. I didn’t enjoy Chobits. Chobits was one of the first anime I reviewed for this site all those years ago, and back then, I fell in love with its sweet tale of a hard-up student and his girl android. It was fun, it was saucy without being nasty, it was entertaining, and it had a nice message about the freedom to love. It had some interesting ideas about AI and robots. It was also somewhat unique in that in my opinion, the anime was actually better than the source manga. Now it could be familiarity breeding contempt, as this is something like the seventh time that I have watched Chobits, or it could be that after all these years, I’ve just watched too many anime that are better. When Chobits is the only romantic comedy in your collection, it’s obviously going to rate highly, but once you’ve seen a couple dozen others and have a decent point of comparison, you’re in a better place to judge it. 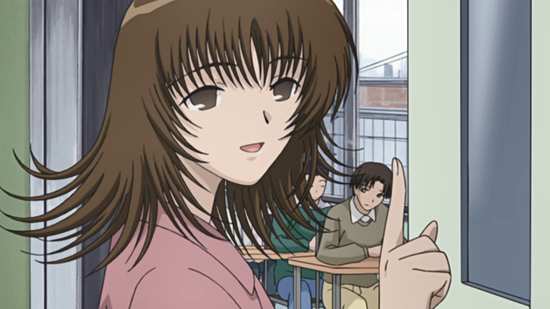 This time around, Chobits just felt so twee for most of its runtime. The comedy antics of a boy from the hicks and his lovebot really didn’t sustain, and Hideki’s panicked reactions to Chi’s bizarre behaviour as she learned how to be human got tedious after a while. It is an interesting idea, a world where PCs are literally anthropomorphised as robots, and people’s relationships with their technology can be more intimate. Chobits takes its time to examine these relationships through several characters, the man who married his persocom, the teacher whose husband neglects her because of a persocom, the girl who believes she can’t compare to technological perfection, and of course Hideki and Chi. Hideki, the techno-illiterate from the country who has no idea of what persocoms are, and so can discover their ‘true’ identity without prejudice or bias, and Chi, a blank slate who has to learn about humanity the hard way, through experience rather than software and upgrades, as Hideki is too poor to afford those things. 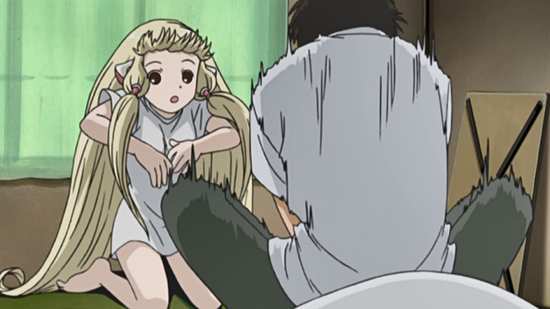 It all leads up to the reveal of what the story actually is, a revolution in the way that people and machines interact, and Chobits’ finale is still strong. But this time the revelation for me was that this is a story stretched further than it needs to be, that Chobits could have comfortably told its story in half the time, but instead it indulged itself in the inconsequential adventures of a boy and his ‘bot for far too long. 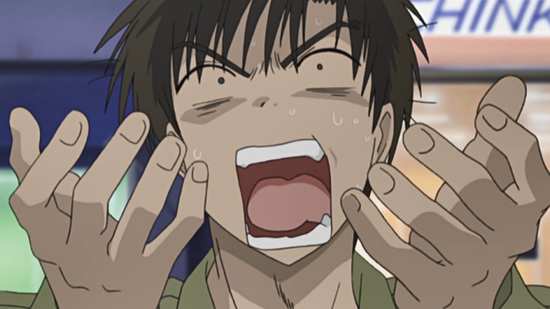 If you have the show on DVD and are looking to upgrade, the only benefits from this Blu-ray is the saving on shelf space, and the more robust storage medium. But it looks and sounds just like the DVD that it’s scaled up from, which is the best you can expect. Chobits, a show I’ve fallen out of love with. That was going to happen one of these days.