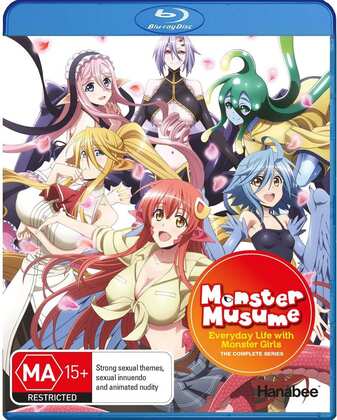 Last week was yet another week of second looks. For reasons, I wound up importing Monster Musume – Everyday Life with Monster Girls, but the discs are exactly the same ones that are released in the UK by MVM, so get those if you’re inspired by the review. Monster Musume is the case of a show in a genre that rarely deserves fervent fandom, but one which transcends its genre just enough to be worth your time. It’s one of those “If you’re going to buy just one harem anime comedy, make it this one” shows. All of a sudden, mythical monsters are revealed to be real to the population, and the two societies start intermingling. One unlikely guy winds up playing host to a gaggle of monster girls and all manner of raunchiness occurs. But this is one saucy show that has a bit of a meaningful message as well. 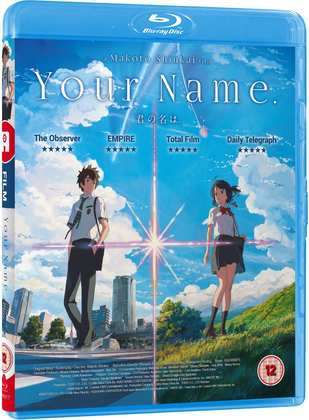 Your Name. Two movies passed my gaze last week. Given that Weathering With You is coming out at the end of the month, it seemed a nice time to check out Makoto Shinkai’s last work of genius. The body-swapping sci-fi romance still hits all the right spots. The problem was with the initial release, a poorly authored disc that prompted a re-pressing from All the Anime. I gave it a few years and then bought a new copy last year, but still, the standard edition Amaray release had the old disc. Thankfully the disc replacement scheme was still ongoing at the time, and I got the corrected replacement. The audio issues have been resolved, as has the poor image quality, but nothing’s perfect, and this release suffers from two glitched frames. I didn’t see them during normal playback though.

All the Anime released Your Name on Blu-ray and DVD back in 2017, Deluxe Edition, Steelbook and Standard, although at this point, only the Standard Blu-ray and DVD will be easily available. Here is my review. It’s well worth getting, but remember to check that you get the fixed Blu-ray and not the original. 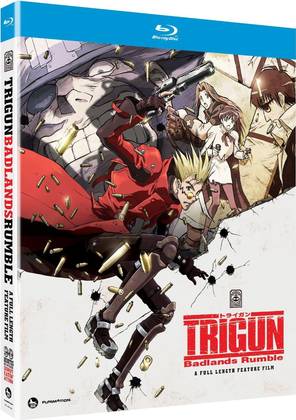 Trigun: Badlands Rumble. I also took a little time out of my series re-watch to also re-watch the Trigun feature film, which was a mistake. Okay, chronologically the film might slot right in the middle of the series, but the transitions from mediocre cel and paint animation to high quality digipaint and then back to even lower quality cel and paint (the quality really dipped for Trigun at the end) is really jarring, and it might be worth just leaving the film till way after the series. It is a good film though, action packed and with the familiar characters in play before things got really serious and dark with the Gung Ho Guns. It’s a typical Trigun story, with a young woman out for revenge against a thief named Gasback, and with Vash the Stampede bringing his comic brand of pacifism to bear on her. What makes the film stand out is the larger scope, the way that it paints the world of Trigun and fills in the background with world design and characters in a way the series never could.

Manga Entertainment released the Kazé version of Trigun on DVD and Blu-ray in 2012. Unlike Monster Musume, the UK disc is one to avoid. Instead go for the US release of Trigun: Badlands Rumble from Funimation in 2011. Here’s my review. It’s better specced in every respect, and nowhere near as annoying as Kazé’s disc.

Madman Entertainment released Monster Musume – Everyday Life with Monster Girls on Blu-ray and DVD in 2017, but as I mentioned, you might as well get the UK MVM release, as the discs are the same.