It’s that time of the year again, where I’m glued to Twitter feeds and Facebook posts looking to see what will come out of the major anime distributors at this weekend’s MCM Comicon in London. Alas there were no formal announcements from the Manga Animatsu conglomerate, and Universal and MVM took to social media for their announcements, so when it came to panels, it was an Anime Limited show. And this year, it was less about licence announcements for them as it was cross media promotion. News mostly snagged from UK Anime.Net

First they talked about Theatrical Presentations. Getting anime feature films into cinema has been a big thing for Anime Limited, and for supremo Andrew Partridge before that with Scotland Loves Anime, and this year, as well as the Fairy Tail movie (now in theatres), they have plenty of movies lined up for distribution. Dates where available.

Your Name coming to IMAX theaters this August.

Project Itoh: Genocidal Organ, the third and final part of the Project Itoh trilogy adaptations is coming to the UK with a theatrical screening this July.

Next is something of an unexpected announcement from Anime Limited. The world may have turned to online streaming, with practically every anime series getting digitally distributed, but it seems that there is still room for something a little more traditional. Yes, anime is returning to television.

Anime will be coming to TV channel Viceland. Sky channel 153!

Eureka Seven and both seasons of Tokyo Ghoul will be airing on Viceland.

Finally there was room for some announcements for anime on DVD and on Blu-ray. There were just two new licenses this time around, which if you consider Anime Limited’s backlog of unreleased shows, is wholly understandable.

Part 1 of Hyouka will arrive on DVD and Collector's Edition Blu-ray in 2017.

Universal’s distribution deal with Funimation continues in the UK. They recently released My Hero Academia Season 1 Collector’s Edition if you’re keeping track. This time they used social media to offer further details on existing licenses, as well as adding a few new ones as well.

Universal Pictures also confirmed that they will be releasing the currently airing Seven Mortal Sins on home video, This isn’t the Seven Deadly Sins series that lots of people want, it’s the one with all the boobs that more people will buy.

MVM did their usual thing of posting all their announcements on social media, so here’s a list...

It’s interesting to see Sword Oratoria on that list, as Manga/Animatsu are releasing Season 1 this month (stay tuned for a review). MVM also reconfirmed the Girls und Panzer OVA and movie, added an October 2nd release date for Monster Musume, and that’s all after Amazon did their usual thing of spoiling MVM’s release dates for Q3. 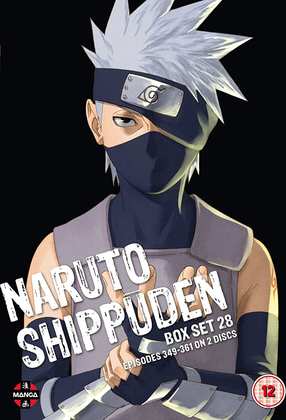 It isn’t often that you can say good things about filler in a long running shonen action show, but when it comes to Naruto Shippuden: Box Set 28, this really is some good filler material. These 13 episodes take another look at the key events in the Hidden Leaf Village prior to the first Naruto series, this time through the eyes of Kakashi Hatake, the leader of Naruto’s ninja squad. It follows Kakashi as he grows up from a top ninja student to a teacher of ninja in his own right. But it’s the character arc and emotional narrative that makes this collection of episodes so good. 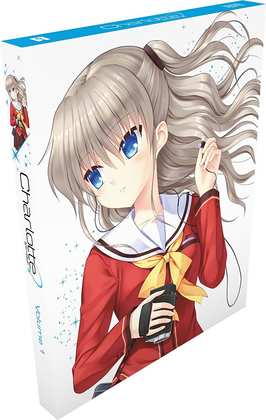 Next it was the turn of Charlotte Part 1. You may be familiar with the Key/Visual and Jun Maeda visual novel adaptations, shows like Kanon and Little Busters, but a few years ago, Key and Jun Maeda stepped outside of their comfort zone and in collaboration with Studio P.A. Works created an anime original story. That was the superlative Angel Beats. With Charlotte, they try again, this time fashioning a tale of teenagers with super powers. Click on the review to see how Charlotte measures up. 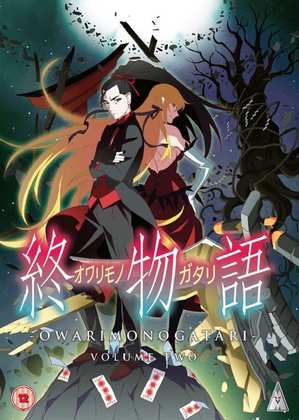 I concluded the anime week with a review for Owarimonogatari: Part 2. In Part 1, the mysterious Ougi Oshino took time to elicit Koyomi Araragi’s darkest secrets, in a trio of tales that looked at his encounters with a girl named Sodachi Oikura. That story was done and dusted in Part 1, so in Part 2, Ougi Oshino is focussing on another event that Araragi has yet to share. This tale is a little less revelatory as it focuses on a more recent event. Click on the link to see if that makes a difference. 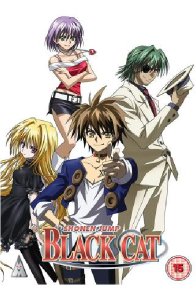 Black Cat. I am such a sucker for punishment. I keep picking up this show to watch, despite knowing that it’s a Gonzo, futuristic mystery sci-fi action show just like so many of their oeuvre, and it’s one of their weakest to boot. It’s a tale of an assassin turned bounty hunter, in a world full of conspiracies and plots, where he joins up with another bounty hunter with a precognitive eye, and a genetically engineered superweapon in the form of a little girl. And they have plenty of adventures.

The manga it’s adapted from is pretty good, the story set-up is intriguing, and the emotional hook in the show is great for the first few episodes. But a time skip following a character death cheapens the show, by which time it’s become a by the numbers Gonzo production. Add to that the most hideous production design, with a colour palette that ought to be banned by the Geneva Convention, and action animation so poor that you have to guess what happens, or to make things easier, see who starts the fight, see who’s left standing at the end, and make up the bit in between for yourself. Here’s my review of Volume 6, when I was a lot more generous, or for more of a general look, here’s Stuart McLean’s review of the complete series. I guess he was being generous too. MVM released it in the UK on DVD first in single volumes, then as a complete series collection and you can still buy it today if you choose.

Manga Entertainment released Naruto Shippuden Collection 28 on DVD on May 15th. All the Anime will release Charlotte Part 1 as a BD/DVD Collector’s Edition and a standalone DVD on June 12th. MVM released Owarimonogatari Part 2 on Blu-ray and on DVD last Monday, May 22nd.