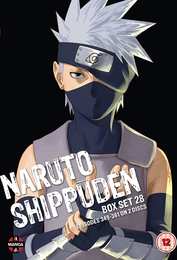 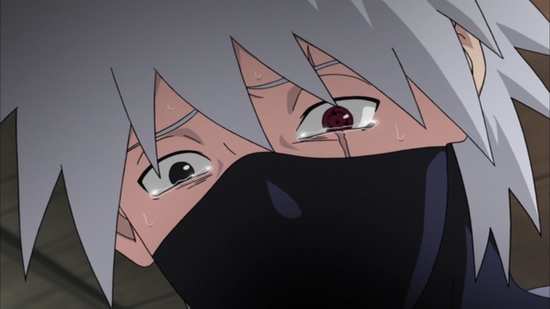 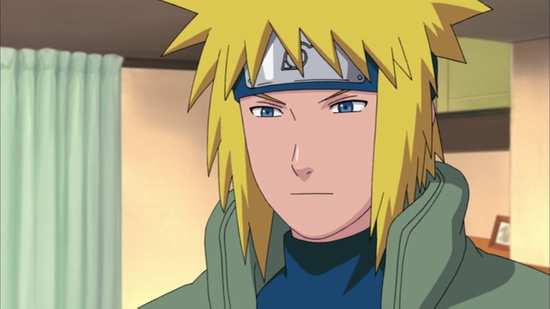 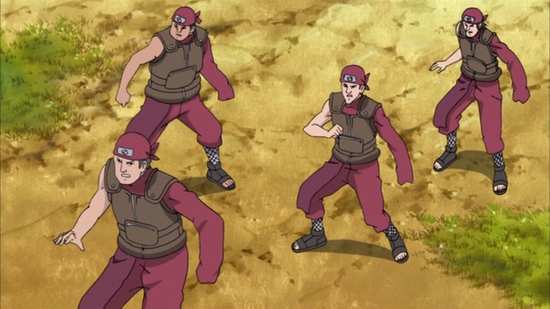 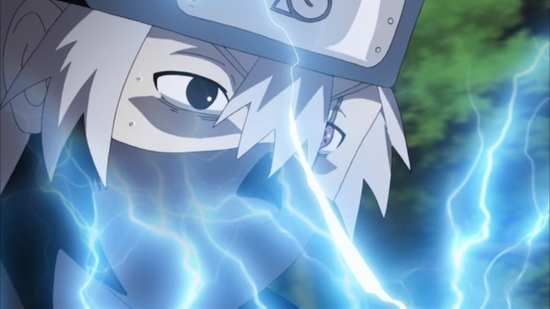 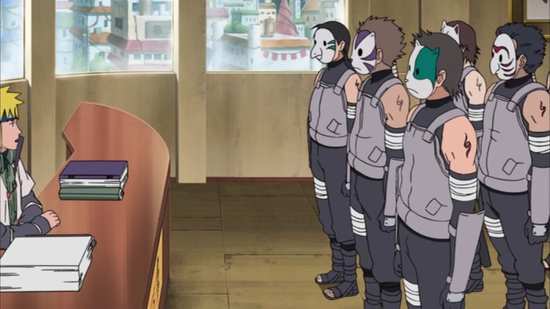 The DD 2.0 English and Japanese stereo is more than adequate in recreating the original experience, and given a little Prologic magic does offer a pleasant ambience and some discrete action. Yasuhara Takanashi takes over the music reins from Toshiro Masuda, and the result is if anything even less memorable than the music from the first series. But it works well enough in driving the action, and it doesn’t get overbearing. Once again, I only sampled the English dub and found it acceptable if unspectacular. It certainly isn’t the worst I have heard, but some of the actors don’t seem particularly suited to the characters. The subtitle font is still the quite small white (it helps if you watch this on a larger TV). The volume levels are a little low, but the theme songs are subtitled. 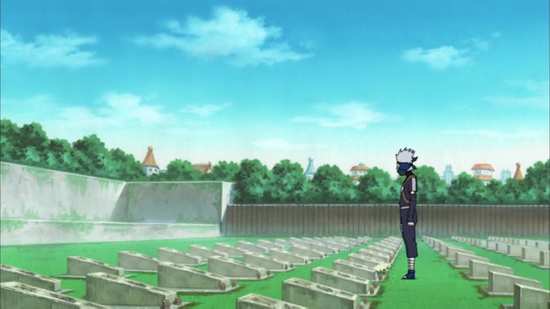 The extras haven’t changed much, the same static menus, with 5 Storyboard images, 11 Production Art images and the trailers for Naruto Shippuden and the first Shippuden movie all on Disc 2. 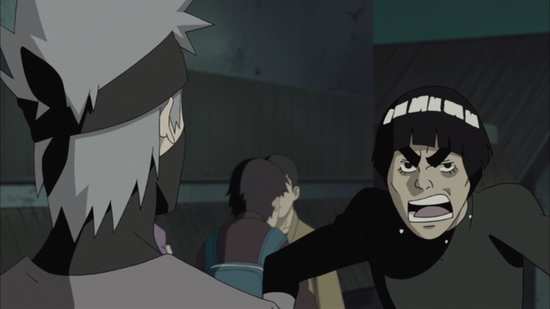 I’ve done a complete about face on the Naruto franchise. Time was that I lived for the canon storyline, and my heart would sink when another batch of poorly written filler would show up for review. But now that we are in the Fourth Ninja war storyline, I’m completely the reverse in my appreciation of the show. The war arc is slow, protracted, and very poorly constructed. This is one of those storylines where we hop from battlefield to battlefield, concentrating on a bunch of characters for so long that you forget what everyone else is up to, and the real meat of the storyline, the emotional weight of it is lost beneath the mechanics of the war. And did I mention that it is long? The advent of filler material is a welcome relief from it all, especially as in this latter part of Naruto Shippuden, the filler writing is getting pretty good. Kakashi: Shadow of the ANBU Black Ops is a case in point. Thirteen episodes away from the war storyline, and quite possibly thirteen episodes of the best Naruto filler to date. 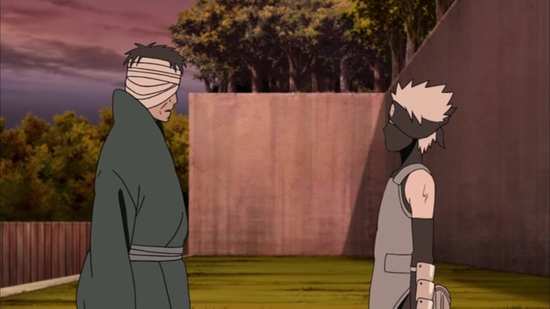 The rules of filler have to be obeyed of course. The writers have to leave the universe the way that they found it, and any new material cannot under any circumstances contradict canon. But this Kakashi storyline actually makes use of the canon story to tell a very interesting and appealing character narrative. The Kakashi: Shadow of the ANBU Black Ops arc effectively takes us through Kakashi’s life, from that ill-fated mission with Obito and Rin, to the start of the Naruto story, that day when he first took Naruto, Sasuke and Sakura under his wing, and it does so using established events in the Naruto storyline. 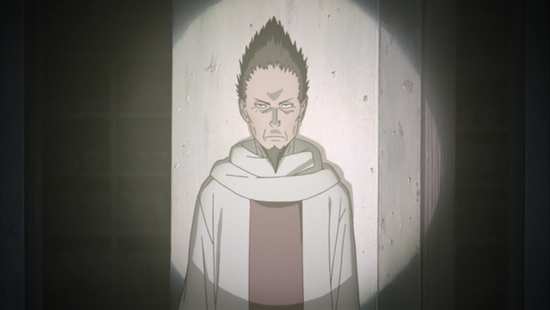 The important thing here is the emotional arc. If you recall what happened to Kakashi’s team, first everyone thought Obito was killed, crushed by a rock fall during a mission. He was saved, after a fashion, but subsequently witnessing Kakashi kill Rin completed his fall to darkness, and he became the Madara that has been behind Akatsuki and the entire unfolding story over the last 500-odd episodes. But from the other side, all that Kakashi knows is that he witnessed his friend die (who as a dying sacrifice gave Kakashi his Sharingan), and he was forced to kill his other friend, Rin. So when this story begins, Kakashi is a tormented soul wracked with guilt, and avoiding his other friends. 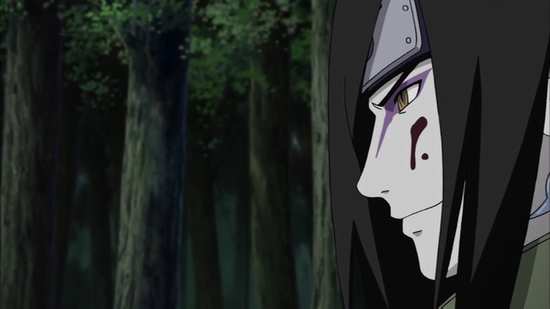 As this arc begins, the Third Hokage is standing down, and Minato (Naruto’s dad and Kakashi’s team leader) is ascending to the position of Fourth Hokage. Seeing his student’s despair and guilt, Minato assigns Kakashi to ANBU, the Hidden Leaf’s secret masked ninja force, but mostly to keep him close while he heals. It’s why he’s assigned as bodyguard to Kushina, Naruto’s mother during her pregnancy. It should be a simple assignment, allowing Minato to help his student heal, but as we all know, the 9-Tails attack occurs in which Naruto is left orphaned, and Kakashi is left dealing with another emotional trauma. 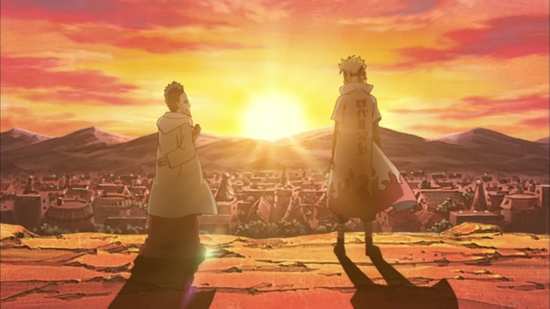 These thirteen episodes follow Kakashi as he grows up, and grows wiser, from that traumatised stickler for the rules, to the relaxed, apparently lazy, and apparently heartless teacher that tormented so many potential students before finally passing Naruto, Sasuke and Sakura. Along the way, he somehow managed to be involved with all the major events that happened in the Hidden Leaf Village before we first encountered Naruto, simply by being part of the ANBU Black Ops group, beginning with the politicking and confrontations between the Third Hokage and Danzo (and his Foundation group). One rarely mentioned tale is the attempt to recreate the Wood-Style ninja technique that was mastered by the second Hokage, but considered lost after his death. They went in for some creepy research to accomplish this, but the result turned out to be one of Danzo’s trump cards, a familiar looking boy named Kinoe, who over these episodes Kakashi has some confrontations with, before finally becoming friends with the boy who would grow up to be Yamato. 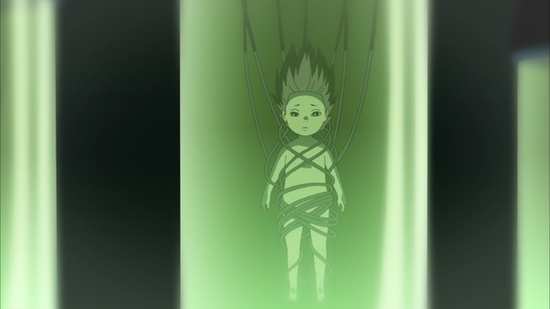 There’s also the matter of Danzo’s ally, Orochimaru who turns rogue during this time, and subsequently ANBU gets a new recruit, and a new underling for Kakashi, a ninja prodigy named Itachi Uchiha. You can tell where this is going as well. All these incidents, all these tragedies could easily have jaded a lesser man, but for Kakashi, they help him see the mistakes that he made, the things that Obito, and Minato were trying to tell him, and you finally understand just why he set up that initial test with the two bells for Naruto, Sakura and Sasuke in such a way that they couldn’t win, that they’d have to break the rules. 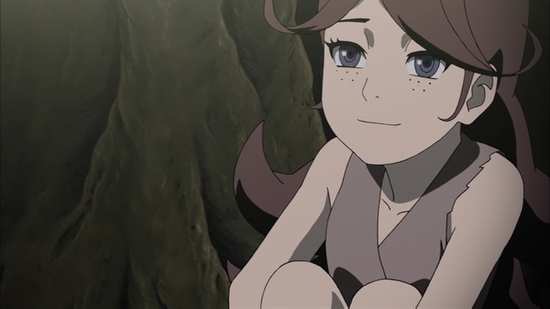 This collection of Naruto might be filler, but it’s written really well, and has a strong emotional arc to it. This is well worth watching, and as it’s short and sweet at just 13 episodes it will hold the attention a lot more easily than the never-ending war arc.