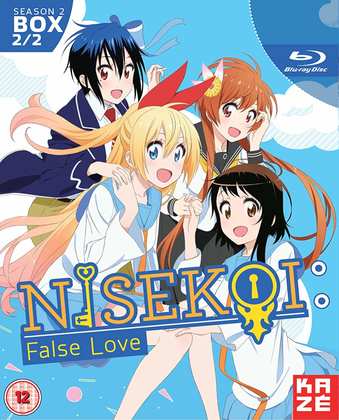 It’s been a full week of anime reviews... kind of. First up was the conclusion of Nisekoi with Nisekoi: False Love Season 2 Part 2. Nisekoi to this point was a solid harem rom-com, familiar enough to fans of the genre to feel like a comfortable pair of shoes, but doing enough that was different, doing enough to make the characters feel fresh and unique, to make those comfortable shoes stand out in a crowd. But there comes a problem with short run anime that adapt long running manga, and we get that with the final volume of Nisekoi, a show that goes out with a whimper instead of the bang it deserves. 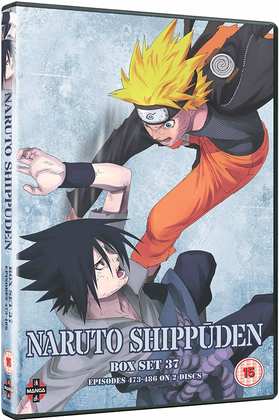 Speaking of conclusion, Naruto Shippuden Box Set 37 is where the story ends; the manga adapted story that is. If you’ve been watching the saga of the bright orange ninja since volume 1 of Naruto Uncut, all the plot arcs and conspiracies, filler and flashbacks through some 800 episodes or so, this is the conclusion of the Fourth Ninja War arc, the final showdown between Naruto and Sasuke, the true end of the story. It’s then followed by four flashback episodes, and the start of an arc which adapts a light novel, so it’s not really all over yet. Click on the review to read more. 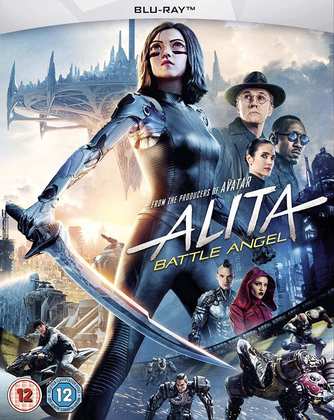 I knew about the Battle Angel Alita manga, which I’ve borrowed from my local library on more than one occasion. I had no idea there was an anime though, as I recently learned. It’s just two episodes of an OVA though, barely scratching the surface of the story. This isn’t a review for either. Instead Alita: Battle Angel is a review of the Hollywood adaptation. Don’t click away just yet! Fans have been awaiting James Cameron’s long promised Alita movie for well over a decade now; the tale of cyborg girl, discovered in the garbage heap under a futuristic city, restored to operation, and on a mission to uncover her past. It’s finally here, and it’s a first for Hollywood adaptations. Not only is it really good, it’s an authentic adaptation as well. 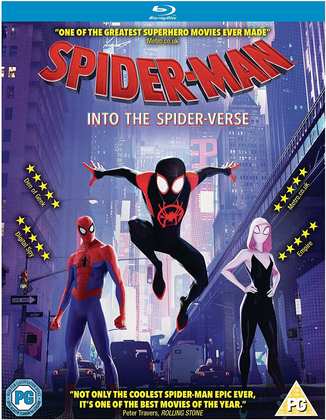 Two decent Hollywood films in a row! Spider-Man Into the Spider-Verse beat Mirai out of an Oscar, but you can’t discount the best Spider-man feature film yet produced (disclaimer: I’ve yet to see the Tom Holland version). It’s a multi-verse mash-up, with a villain with a dimensional portal sucking all manner of parallel reality Spider-people into one where the mantle of the webslinger has just fallen onto an untried and unready teenage boy. It’s a great story with a lot of wit and style, beautifully animated. And it has an anime touch as well. One of the Spider-people is Peni Parker, who does her webslinging from inside a giant robot spider. 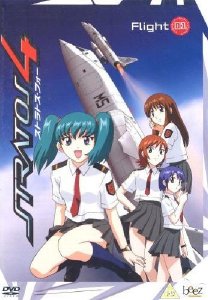 Stratos 4. Before the first Great Anime Crash at the end of the 2000s, when studios folded like napkins, and distributors vanished quicker than Doug Henning, there was a lot of money floating around, almost as much as there is now, the difference being that anime studios were taking all kinds of risks with the shows they produced. Now it’s all genre specific, tailored to audience demographics. Stratos 4 is typical anime in one regard, the fan service, but the story itself is atypical for anime. The solar system is being bombarded by meteors, and that includes Earth. They had time to prepare though, and a UN agency was set up to combat the threat. An orbital force intercepts the rocks before they hit the Earth, but if they are too large to be easily destroyed, it falls to a ground based back-up force to launch and destroy any remaining fragments. And these hot-shot pilots are teenage girls wearing skin-tight flight suits.

Once you get past the fan service, Stratos 4 is a great show to watch, a whole lot of fun, and with an intriguing story. These days we get everything streamed at least, but this was pre-streaming. We got the TV series in the West, but missed out on all the OVA episodes and there were several that continued the story. Beez released the show on DVD in the UK and Europe in 2005, while Bandai released it in the US. Here’s my review of Part 1. It’s hard to find now, and second hand would be your best bet.