The big news of last week was the announcement that Manga Entertainment UK had been purchased by Funimation. There I’ve been in several recent reviews talking about Funimation having burnt all their bridges in the UK as they’ve tried distribution deals with all of the major local anime distributors before moving onto someone else, MVM, Revelation, Manga, and All the Anime, as well as going it alone, when all the while they were building a new bridge. The Revelation phase is an indication of Funimation’s direction of travel, as when both were owned by Navarre, Revelation were a sister company, which probably made economic sense. It makes even better sense to own an anime company in the country you want to distribute. Expect to see more Funimation Blu-rays return to e-tailer shelves in the coming months, after a rather protracted drought. You can already catch some Manga Entertainment titles now on the Funimation NOW streaming service.

It’s also interesting in terms of global consolidation, an indication of direction of travel as the industry tries to maximise its profits by trimming dead weight. As anime becomes more popular, costs increase for licenses and you need the weight of big companies to release and even commission anime titles. In recent years we’ve seen Netflix and Amazon get into the game, companies that make Sentai seem tiny, and companies like All the Anime insignificant. Funimation was recently bought by Sony, and Sony also own Aniplex. So Sony now owns Funimation and Aniplex US in America and Manga in the UK, while through Aniplex they own Madman Entertainment in Australia and Wakanim in Europe. There’s a finger in every pie. 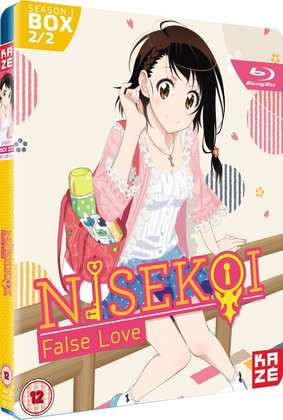 Don’t stop me now, I have an urgent need to procrastinate. I take a look at last week’s anime reviews and can’t quite figure out what to say about a ‘more of the same’, a ‘double dip’, and a ‘previously on...’ Nisekoi Season 1 Part 2 is the more of the same, the continuation of a harem rom-com show without a difference. A young, hapless boy somehow winds up the object of affection of a group of girls, and the audience has to invest in just which relationship they would like to prevail. The one thing I can say about Nisekoi, despite its well-worn tropes and familiar story ideas, is that it’s good at what it does. 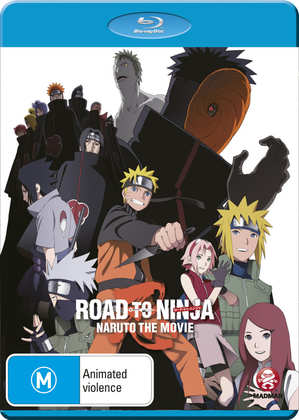 I went and upgraded Road to Ninja: Naruto the Movie to Blu-ray, although I went a needlessly long way around to do it. It’s the one Naruto movie that I appreciate, the one that tells a really good, character focused story, which gets away from the ‘one time guest star and freaky villain’ formula of all other Naruto movie spin-offs. This one goes all, ‘It’s a Wonderful Ninja Life’ for the duration, and offers a delightful what-if storyline for the main characters. That it presages the more tedious aspect of the series finale is something that we’ll just delicately brush over. 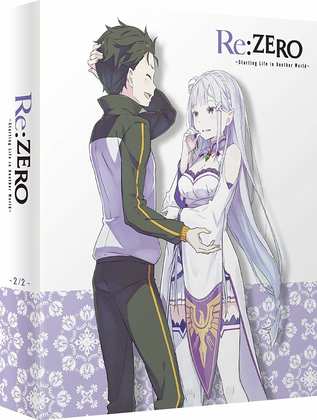 And finally I took a look at Re:Zero Part 2, without having seen Re:Zero Part 1. That turned out to be more of an issue with this serialised story than with most anime shows, as you really need to have seen the whole thing to understand what the characters are going through when the second half starts. It’s another show where a protagonist is sucked into a fantasy world. This one gains a double-edged sword of a special ability. When he dies, his life resets to an earlier time and he can have another go at events. But it turns out that repeatedly dying takes a heavy toll on the psyche. Despite my unfamiliarity, I wound up quite liking the show by the end.


This Week I Have Been Mostly Rewatching... 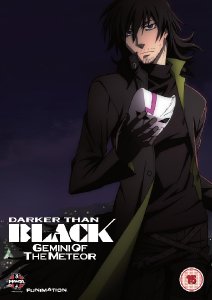 Darker Than Black Season 2: Gemini of the Meteor. This is an odd one, which not too many fans got on board with. Darker Than Black was the great sci-fi anime series that posited a world where people developed superpowers following an unexplained change in the world, when the stars were replaced with fake stars, and two strange zones appeared. So began an espionage arms race as nations recruited these ‘Contractors’ as spies and set them against each other. The first series ended on an ambiguous note. The second season went down a completely different path, set two years after the end of season 1, finding the protagonist Hei in a dark, self-destructive place. The shorter second season is about a young girl named Suo who suddenly develops Contractor powers just as Hei loses his, and the two have to find their way to Tokyo to be reunited with Suo’s twin brother Shion. And it all boils down to a prophecy about ultimate power, which sees spies of all nations pursuing them both.

A different direction, a different character focus, and a show that does something completely different from the first season, instead of taking the easy way out and offering more of the same is what probably alienated fans. But I really enjoy Gemini of the Meteor, not surprising given that it was scripted by Mari Okada. The only weakness is Suo’s Contractor power, which is less sci-fi and more magical girl. Manga Entertainment released the show on DVD in the UK and here’s my review, while Funimation gave it a Region B friendly Blu-ray release in the US, but Darker Than Black is an Aniplex property, and they took their toys back and have sat on them ever since. You may find a stray new copy in the wild, but at this point, second hand is your best bet.

Kaze Entertainment released Nisekoi Season 1 Part 2 on Blu-ray and DVD in 2015. I got the Australian Madman release of Road to Ninja: Naruto the Movie which was released in 2015, but right now it’s cheaper and more environmentally friendly to get the UK release from Manga. All the Anime released Re:Zero Part 2 on Collector’s Edition Blu-ray and Standard DVD on May 20th. Note that the Blu-ray is already out of print and sold out on most e-tailer sites.