It’s the critical success of the current streaming season, and it’s also rapidly becoming a fan favourite, so Anime Limited were ahead of the curve last week when they announced that they had licensed Erased for home video release. You can read more about it at their blog here, but also remember that as it is currently streaming, it’ll be quite a while before that home release happens. 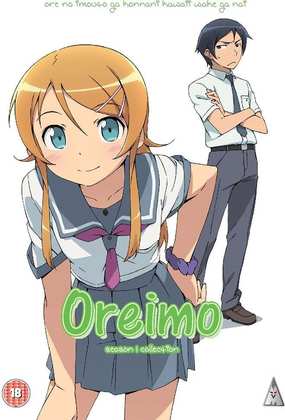 My first review of the week was for Oreimo Series 1 Collection, a show that I was dreading after first reading of its premise. Fortunately the show didn’t actually turn out that way. In fact it turned out to be surprisingly good, serving an underrepresented niche in UK anime, that of the otaku. It’s like shows such as Genshiken in the way that it looks at its characters and the hobbies that they pursue, hobbies which many find questionable and even distasteful. But at its heart is the relationship between an estranged brother and sister, who somehow find each other again through one of the sister’s distasteful hobbies. 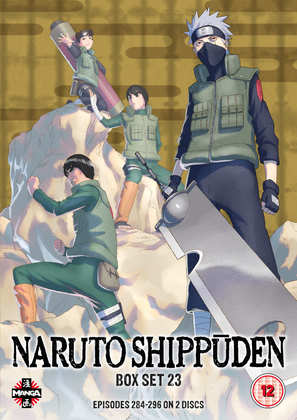 Next up it was the turn of Naruto Shippuden: Boxset 23, which I fully expected to be utterly disposable, consisting of 12 episodes of filler out of its 13. Only Boxset 23 is the one that contains the Power arc, which might just be the best filler episodes that Naruto has ever produced, with theatrical quality animation, and a story that is better by far than most of the Naruto feature films that have been released. Far from being disposable, this may be the most essential Naruto release for fans of the franchise. Click on the review to read more. 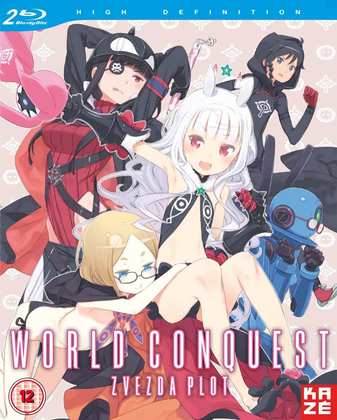 Expectations again with my final review of the week, World Conquest Zvezda Plot. I was expecting it to be just as much fun on Blu-ray as it as when I first watched it streamed. Strangely enough that wasn’t the case, making it three for three when it comes to being wrong-footed. It’s a wacky tale about a ‘terrorist’ group led by an infant girl, who wants to overthrow the status quo and conquer the world. It’s a show jam-packed with concepts and ideas, as well as bizarre characters, but somehow watching it on disc isn’t quite the same as watching it as a weekly simulcast. 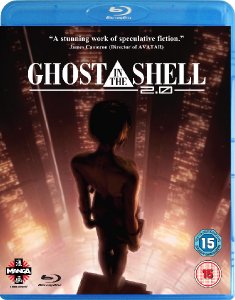 Ghost in the Shell. I’ve been on something of a Mamoru Oshii kick when it comes to anime movies of late, and it seemed natural to move from his Patlabor movies to Ghost in the Shell. I always mean to alternate the 2.0 Redux version with the original, but somehow I always wind up sticking the 2.0 disc in, especially since I went and got the Blu-ray. It’s still a fantastic film, one of the few that gets the balance between cyberpunk action and cutting edge visuals with philosophy and hard sci-fi right. The tale of Section 9’s hunt for the criminal Puppet Master, and Motoko Kusanagi’s personal journey of self-exploration are well documented, and reviewed (I’ve reviewed it myself four times), but that doesn’t lessen the impact of the film, especially if you’ve never seen it before. The 2.0 version Lucases the original film, but while some of the replacement CGI sticks out like a sore thumb, the story has been left unaltered.

This is one anime that will probably never go out of print in the UK, after all Manga Entertainment are on the Production Committee. They also have a habit of releasing imperfect discs for the movie. The first DVD release had an aspect ratio switching error, the replacement had a sound sync error, and the Special Edition had a missing LFE flag. In 2014 they released the original movie on Blu-ray, and the subtitles had been changed, and people reported missing audio from the English dub. In contrast, the 2.0 Redux release, on both DVD and Blu-ray came away relatively glitch free. Here’s my review of the Blu-ray release, and you can still pick up any version of Ghost in the Shell, original or redux, Blu-ray or DVD from e-tailers.