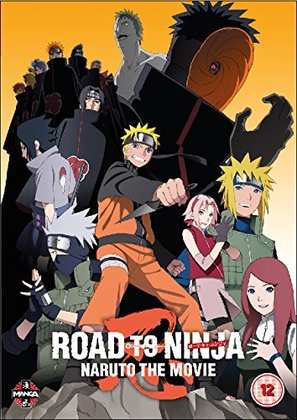 My first review of the week was for Road to Ninja: Naruto the Movie, renamed Naruto the Movie: Road to Ninja in the UK to make it easier to find on shop shelves. Some nine movies into the franchise, this is the first one to have its story written by the creator of the Naruto manga, Masashi Kishimoto, and that makes all the difference in a medium which up till now has merely consisted of filler. This story comes directly from God’s mouth as it were, so you can take Road to Ninja as canon. The film looks at how Naruto’s past as an orphan has affected him, and also gives him the chance to live the life he might have had, if his parents had survived. 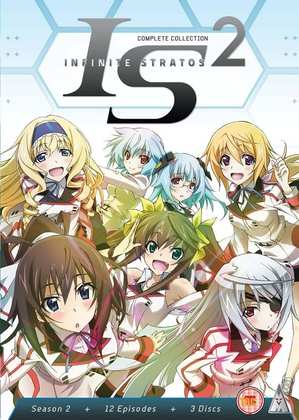 Then it was the turn of Infinite Stratos Season 2, which has taken its sweet time in getting to the UK. It’s been so long that MVM decided to go straight to the US for the NTSC masters instead of waiting for the Australian PAL masters. The irony is that last week, Madman Entertainment finally announced that they had licensed it. Infinite Stratos is a sci-fi mecha harem comedy, four words that don’t hang together all that well. Only girls can pilot Infinite Stratos, but Ichika Orimura is the only male that can do so as well. He attends the Infinite Stratos Academy to improve his skills, the lone male in a dormitory full of girls. And harem antics ensue. 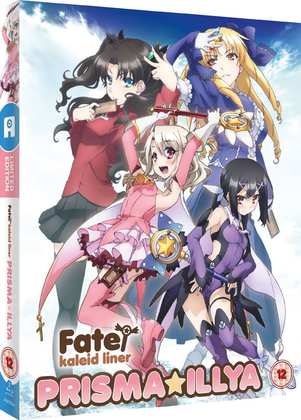 It’s been a long time coming for the Magical Girl genre of anime in the UK, but Fate/Kaleid Liner Prisma Illya Season 1 is finally here. We’ve had the darkside reinvention that was Madoka Magica, but Prisma Illya is the pure stuff, the kind of wand waving mayhem that fans have adored since the days of Sailor Moon and Cardcaptor Sakura. This show reinvents the Fate Universe, which we have seen in the form of Fate/Stay Night and Fate Zero, recasting its characters in the magical girl mould, focusing on little grey-haired princess Illya. She has to do battle with heroic spirits to win the magical class cards, make friends with her magical girl rival Miyu, and go to school on top. Click on the review to see if this is the genre hit that will enchant the UK audience. 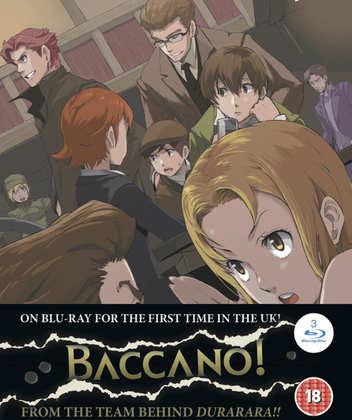 With the release of Baccano! Limited Collector’s Edition, this might just have become the most reviewed anime on the site, in terms of releases. I initially took a look at the US DVD, and then subsequently the US Blu-ray, and then David Beckett reviewed the UK DVD release. Now in 2015, Stuart McLean puts the UK Blu-ray release under the microscope to see just how this unique show has stood up over the years. It’s a prohibition era set tale of crime and immortals, presented in a whirlwind of fractured narrative, and one of my favourite anime of all. This UK Blu-ray release might just be the best release of the show yet, adding more in the way of extra features, and a signs only track which the Aniplex Blu-ray lacked. Click on the review to see Stuart’s thoughts. 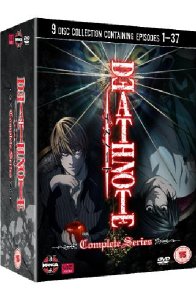 Death Note. This is one show that just doesn’t go away, which might be a testament to its writing, or the marketing that the show has received, including the controversy of bad press in some quarters, you might recall. The manga begat an anime, it also begat three feature films, and this past year, a live action TV drama has been running in Japan. And after all this time, watching it again, I’ve come to realise that Death Note might have surfed in on an impressive wave of hyperbole, but the second time around, without that hype, it’s really not that good at all. It is the anime equivalent of event TV, a show that you enjoy while you watch it, but a show that bears little scrutiny after the fact. It’s built on contrivance, on characters that subsist on circumlocutions of pontification, and paroxysms of logic, and it depends on its melodrama, and the histrionic direction to misdirect the viewers from some of the whopping great plot holes at its heart. I mean, why doesn’t Light’s sister ever complain to their mother about big bro talking to himself like a James Bond villain in his room, Mwa-ha-ha-ing himself to sleep every night? Why do Death Note users forget that they can kill without the Death Note, the old fashioned way? Death Note is a story that only works in its own universe. The minute you start applying common sense to it, it starts to fall apart.

If you’ve never seen Death Note before, then I still recommend it as a flamboyantly directed anime, an example of how drama and narrative can be carried off with fairly low budget animation, although Studio Madhouse are masters of making this dramatic stuff work. Stuart McLean reviewed the entire series a few years ago, and I’ll point you in that direction if you want to know more. It’s very much worth a rent. Can you still rent physical media? Even after all this time, Death Note is still available on DVD in the UK from Manga Entertainment. The complete series boxset is the way to go, collecting all 9 discs plus a 67-page illustration booklet, and it’s really cheap at the minute. You can also get the two digest movies that re-edited the arcs down into feature-length releases. And you can still find the individual volume releases (of which there are five), although you’ll have to shop around and spend considerably more than for the boxset.

Manga Entertainment released Naruto The Movie: Road To Ninja on DVD and on Blu-ray on October 26th. Thanks to a last minute push-back, Infinite Stratos Season 2 comes out on DVD from MVM on December 14th. All the Anime released Fate/Kaleid Liner Prisma Illya Collector’s Edition on Blu-ray on the 2nd of November, the DVD release is currently set for the 28th of December. All the Anime also release Baccano - Collector's Edition on Blu-ray today. Manga Entertainment’s DVD release is still available.