And Now The Licenses

The great and the good of the anime world gathered at the Excel Centre in London to once again bring the best of anime and manga to the UK anime fanbase. Lots and lots of stuff happened, the creators of the Attack on Titan anime showed up, the new streaming services Wakanim and Animax were there, but let’s face it. You just want to know the bottom line, the new licences, what we’ll be looking forward to on DVD and Blu-ray going into 2014. So this weekend, in between writing reviews, and battening down the hatches for the forthcoming storm, I kept an eye on the various Twitter feeds and UK Anime Net to see what was shiny and new.


In other Manga news, a potential UK release for the Steins;Gate movie is being worked on, and confirmation that Attack on Titan is set for DVD and Blu-ray next year.

MVM didn’t have a panel, they just spent the day tweeting their new licenses. MVM sounds like MGM. MGM have a lion in their logo. Guess who got the lion’s share of anime licenses?

All the Anime didn’t have a panel either, but cryptic confirmation of the licensing of the Hal Movie, recently screened at Scotland Loves Anime was heard.

The first part of 2014 looks to have an embarrassment of riches when it comes to new anime in the UK, but would you believe that of the three titles that I longed to get UK licenses, none of them were announced this weekend?

They’ve already become the mainstay for anime streamed online, but now Crunchyroll are taking a step into distributing manga as well, as they announced this weekend that they are to partner with Kodansha to directly distribute their titles to 170 countries worldwide, including the UK. The same subscription model will apply, with premium members getting access to all of the publications. For free, you’ll be able to read the current chapter in a story only, supported of course by adverts. That free access will last until the next chapter is published.

It will all begin on 30th October, and titles announced include...

The new series about a wannabe superhero, currently airing in Japan, and being streamed to the UK on Wakanim, has according to Anime News Network been picked up by Anime Limited. They have all the rights, which suggests that any physical release in the next few years will come through the All the Anime label. 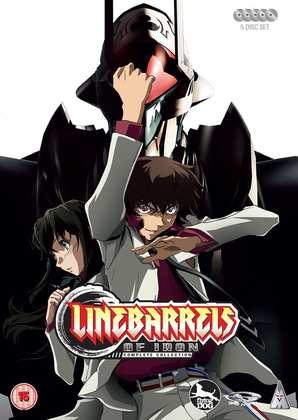 Four reviews this week beginning with Linebarrels of Iron: The Complete Series. Anime overflows with shows about giant robots piloted by annoying teens, but this one is different. You see its protagonist Kouichi Hayase is annoying for a completely different reason. He’s just not as good as he thinks he is. Linebarrels of Iron is a Gonzo show from the mid-2000s, with lots of eye-candy and a far-fetched storyline. You might have seen it on Crunchyroll, but on DVD, you’ll get to see all the boobies that the broadcast version censored! 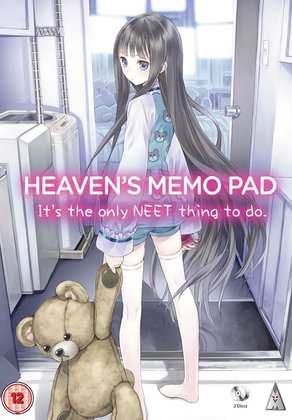 Next up was Heaven’s Memo Pad, which is actually a detective show. An isolated and introverted student transfers to a big city school, and gets involved with a shut-in detective, a little loli-goth of a girl named Alice, who connects to the world through the Internet, and gets a trio of NEETs to do the actual nitty-gritty of detecting. Narumi Fujishima might just be the next NEET recruit to her NEET Detective Agency. 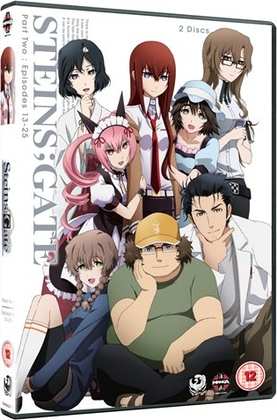 Then it was the turn of Steins;Gate Part 2 again, this time on DVD. Stuart McLean takes a look at the conclusion of this stunning sci-fi series, Part 1 left us on quite a cliff-hanger, but before getting to Part 2, Stuart learned that Steins;Gate is actually based on a videogame. Could that colour his judgement? After all, adapting videogames to TV and movies doesn’t have the greatest track record. Click on Stuart’s review to see how Steins;Gate fared. 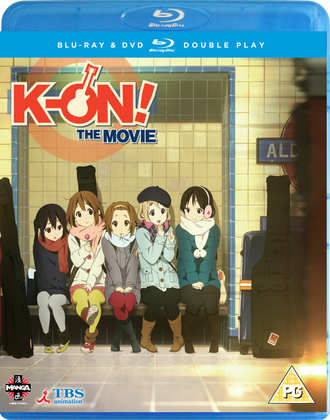 Finally I got to spend two hours in the company of Yui Hirasawa, Mio Akiyama, Ritsu Tainaka, Tsumugi Kotobuki, and Azusa Nakano. Yup, I got to watch the K-On! Movie on Blu-ray. Writing a summary of the film is a bit redundant. This is K-On! after all. The series was about cute girls doing cute things. The movie is about cute girls doing cute things in London. Was this the movie highlight of the week for me, the month, or the year? Click on my review to find out the answer to that question.

Linebarrels of Iron was released on DVD by MVM last Monday on the 21st of October. They release Heaven’s Memo Pad on DVD today. Manga Entertainment released Steins;Gate Part 2 on DVD and Blu-ray on the 30th of September, while K-On! The Movie comes out from them today on DVD and Blu-ray/DVD combo.