This weekend just past, MVM put up the pre-order links for the previously hoped for Girls und Panzer Blu-ray release, then casually dropped on Facebook that they had the Blu-rays for Accel World and From the New World lined up as well. It turns out that they recently got more favourable terms from their suppliers, and that means that UK anime fans will get to benefit from new shows on Blu-ray and with some existing DVD only titles revisited. Since MVM were the last anime distributor to still remain wary about the HD format, this makes for excellent news. Read the announcement at MVM’s site.

And, not sitting still for a second, today they add the Accel World, and the From the New World Part 1 Blus to their retail site, and also add Blu-rays (and DVDs) for the Girls und Panzer OVA, Campione, and Familiar of Zero Season 1.

Anime Limited, home of All the Anime recently concluded their kickstarter campaign. They needed $30,000 for a simple release of Mai Mai Miracle. They got $107,000 in the end, which also secures the English dub, a translation and inclusion of the original theatrical pamphlet, and although they never formally announced their third stretch goal, it’s no secret that they are in negotiations for the movie soundtrack rights, and they had estimated $105,000 would cover that too.

Then they launched their new website here, and in it were hidden license announcements for Kill la Kill, Tiger & Bunny: The Rising, and a dub for Patema Inverted. And last week they announced that they had the soundtrack rights for Attack on Titan, and you can buy the downloads already, with a CD release later this year. 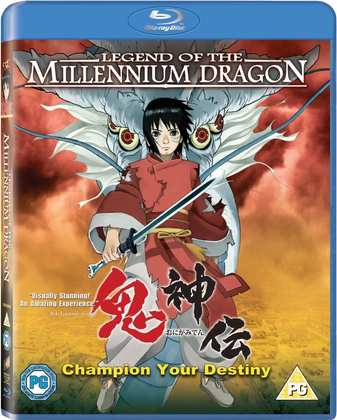 My first review of the week had me reaching into the back catalogue, as I pulled out the Blu-ray for Legend of the Millennium Dragon. It’s one of the last anime releases from Sony in the UK, and I was always curious about why the anime had apparently dried up. Watching this film about a young boy who gets pulled back through time to fulfil his destiny fighting demons in the past answered that question. Still, it’s a film that looks decidedly pretty in high definition. 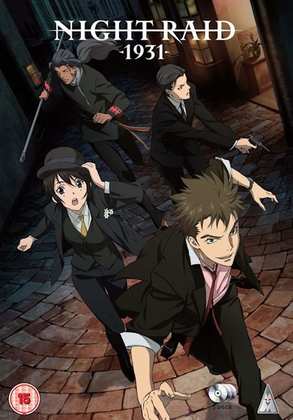 Then I took a look at Night Raid 1931: Collection on DVD. The collection certainly gives value for money in terms of content, and its premise about secret agents with psychic powers in the pre-war years in South East Asia certainly has a lot of promise. It’s still a touchy subject in some quarters, but the sheer history of the area, the fascinating collisions of world powers and cultures that were taking place at the time, a Cold War that would rapidly grow hot within five years, ought to make this a series well worth watching. Click on the review to see if Night Raid 1931 lives up to that promise. 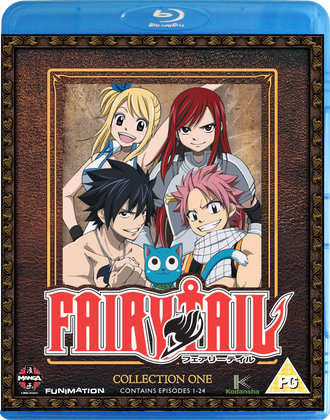 Finally I got to revisit Fairy Tail Collection 1, this time in high definition. As the most recent releases have come out on Blu-ray, Manga Entertainment have decided to go back to the beginning and re-release the start of the series that way too. You certainly get value for money with Collection 1, as it actually has the 24 episodes that were released on DVDs parts 1 and 2, on its four Blu-ray discs. But is the magical shonen action comedy drama just as good the second time around?

Sony released Legend of the Millennium Dragon on DVD and Blu-ray back in 2011. Night Raid 1931 Collection comes out on DVD courtesy of MVM today, while Fairy Tail Collection 1 Blu-ray also comes out today thanks to Manga Entertainment. The Collection 1 DVD of Fairy Tail has already been out for some time if DVD is your playback media of choice.