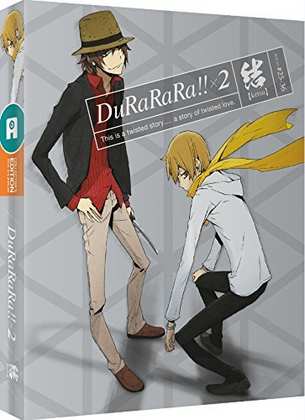 Last week, I finally came to the end of Durarara, when I reviewed Durarara!! x2 Ketsu. At least it’s the end for the foreseeable future, with no new anime in the pipeline. But if anything has become clear in the past few years, the gaps between series are getting longer and longer, as more and more properties are brought to the screen, with no increase in anime studios making them, or broadcast slots for that matter. That hefty preamble is there so I don’t have to talk about the second series of Durarara that much. I loved the first series; it’s one of my favourites. As for the second series, you’ll just have to click on the review to see how it all ends. 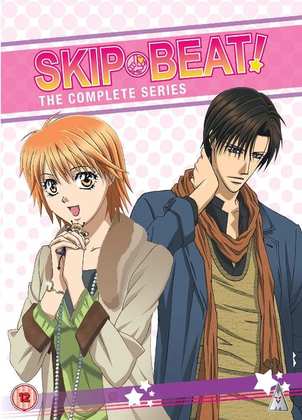 No equivocation about Skip Beat though, a rare shojo title to be released in the UK, and one of the better ones at that. Kyoko Mogami lived in happy domestic bliss with her pop-star boyfriend Sho, until she overheard him saying that he only thought of her as a maid. Dumping him was just the start, as Kyoko swears revenge, to beat him at his own game, the fame game. She crowbars her way into a talent agency, and starts the hard graft it takes to make it in the entertainment industry. But it turns out that revenge isn’t the greatest motive to becoming famous. 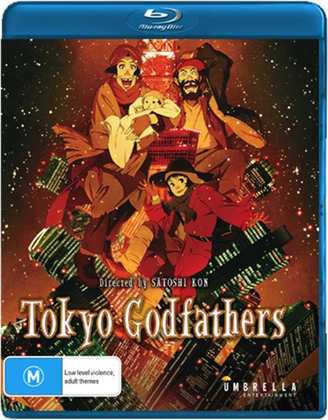 I left it a little late to re-watch Tokyo Godfathers. After all, its natural habitat is the Christmas viewing schedule. Satoshi Kon’s alternative Christmas feelgood movie about three homeless people who find a baby abandoned at Yuletide, is one of the best and most accessible movies that he made, and like the rest of his filmography, I want it all in the best possible Blu-ray presentation. But his films don’t really get the universal love that they deserve. This Blu-ray release of Tokyo Godfathers is an Australian, English territory exclusive, and if you click on the review, you’ll see that it’s not ideal. 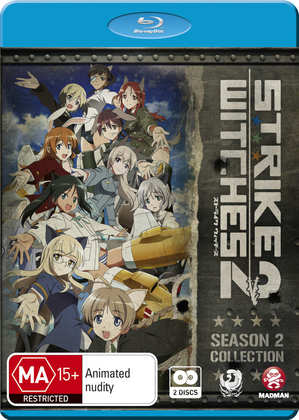 Speaking of Australian Blu-rays, I also imported Strike Witches Season 2. This was a DVD only release in the UK, and one that was authored locally by Manga Entertainment. Unlike the first season though, Strike Witches Season 2 is an HD native show, and this time the ‘War on Pants’ looks glorious, if a little perverted in high definition. There’s something that is just fun about seeing scantily clad girls fighting an alternate second world war against an alien menace. It’s the characters and the writing that makes the Strike Witches soar above the puerile premise. 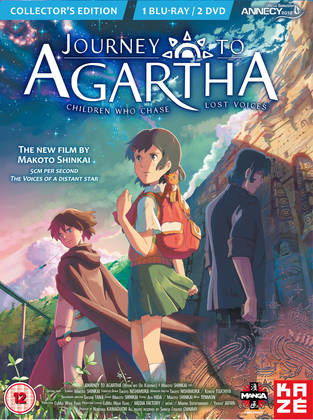 Journey to Agartha. Or Children Who Chase Lost Voices From Deep Below as the rest of the English-speaking world know it. You can thank Kazé’s marketing for that alteration. Until Your Name, Journey to Agartha was Makoto Shinkai’s most accessible work, although it was unfavourably compared to Studio Ghibli’s output. After all it does play in the same fantasy realm, with the tale of an isolated girl going on a stupendous adventure in a magical, underground world. Like Ghibli, there are strong undertones of ecology, and being one with nature. But given all that, you can’t get away from Shinkai’s usual themes of separation, and emotional distance. This second time around, I appreciated the film a lot more for what it is, than wasting time comparing it to other films, but there still is something incomplete and hollow about the film.

Journey to Agartha was released in 2013 by Kazé Entertainment, and like all of their anime licenses in the UK, they’re not exactly motivated to keeping them in print. The Collector’s Edition and the DVD are out of print, so you’ll have to look for second hand, while the stand alone Blu-ray disc looks to be getting scarce. Here’s my review. The Australian Madman Entertainment release of Children Who Chase Lost Voices From Deep Below is still in print if you want a Region B Blu-ray.