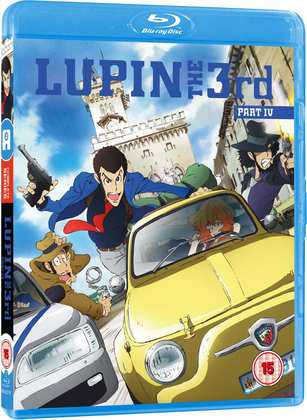 It’s the return of Lupin the Third: Part IV after just one year. That’s what happens when you have two different versions of the show to work with. For some reason, it was the Italian version of the show that was dubbed into English, not the original Japanese, and there is enough of a difference between the two that they couldn’t fit the English dub and Japanese dub on the same discs. All the Anime recently released the English dub, and this time it was Stuart McLean who took a look at the adventures of the not so gentleman thief and his iconic gang. Click on the review to see how the dub fared. 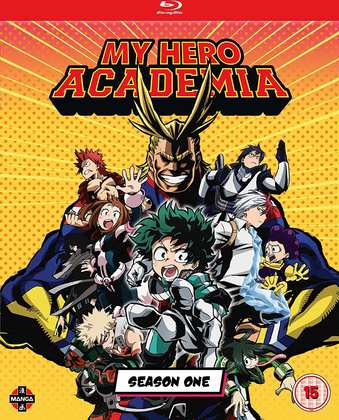 Revisiting the past is something of a trend in this week’s reviews, as I finally got a look at My Hero Academia Season 1. Initially released here in Collector’s Edition form by Universal, Manga Entertainment got the licence and the go ahead to re-release it in standard edition format, which is great if you missed out on the start of this fantastic series. My Hero Academia is what you get if you create a long running shonen action show about superheroes, the best of manga and US comic books combined. On top of that, Season 1 is the origin story, always the best bit about superheroes. 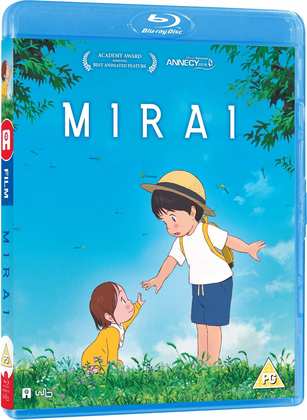 My last review of the week was for Mirai, the most recent Mamoru Hosoda film, which like his breakout hit has more than a bit of time travelling as well. Mirai is more of a family adventure though, the tale of a young boy whose world changes when he gets a baby sister. Jealousy and tantrums ensue, until the day he meets his grown-up sister from the future. Mamoru Hosoda films are always watchable, but in Mirai, he’s produced his most heart-warming and most accessible film in years. Click on the review to read more.

Campione and Samurai Girls. I’m doing things a little different this week, as for some reason both these shows rose to the top of my rewatch pile at the same time. Both are harem comedies, and both have an epic mythological bent to them. Most importantly, both are rather mediocre offerings in a heavily oversubscribed genre. It’s easier to list shows that aren’t harem comedies. And in this case, despite their surface similarities, one show will go back to the bottom of the re-watch pile, and one will be retired to the loft where anime go to die. 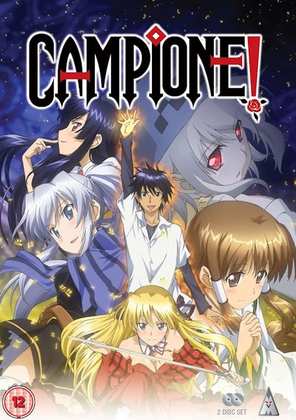 Campione concerns a teen boy who on a trip to Italy gets into a fight with a god, and thereafter becomes a god-slayer; a veritable king. Kings need knights, and in this show, the knights are cute girls. They also have the wisdom regarding the various stray gods and rival god-slayers that show up, challenging our hero to battles. Said wisdom is passed on by egregious snogging with tongues at which point a voiceover assails you with a mythology lecture. 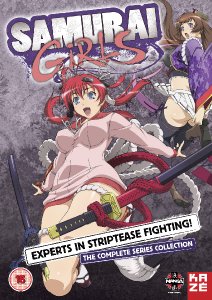 Samurai Girls on the other hand takes place in a Japan which followed an alternate history, where the Tokugawa Shogunate is still in charge, and where enemies of the nation are defended against by Master Samurai, girls with lethal and epic sword-wielding powers. The story begins when a young samurai is returning home to be at the side of the princess, only he gets involved with a couple of revolutionaries who are being hunted by the forces of the princess. In the ensuing mayhem, a girl falls from the sky into his arms, plants a kiss on him, which awakens her power as a master samurai. Soon, a whole host of girls are queuing up to snog him to unleash their powers...

You can see why my brains might turn to mush, but it’s Campione that’s getting voted off harem Love Island. Unimpressive animation, thin characterisations and a paper thin story can’t mask that this is proxy wish fulfilment for the creators and the target audience. Samurai Girls might actually be worse when it comes to fan service; it’s not shy about nudity. But the animation is creative, a faux 2D world with ink blot transitions, making the whole animation feel like a traditional painting. And the story is well thought out enough, the characters are suitably complex that any of that proxy wish-fulfilment is generally masked. At no point do you think that this show’s protagonist doesn’t deserve all the female attention he gets, which is something I can’t say about Campione.

MVM released Campione on Blu-ray and DVD in 2014 and it is still available to buy now. Manga distributed Samurai Girls on Blu-ray and DVD on behalf of Kazé back in 2012, and those DVDs are hard to find now, except maybe second hand. The Blu-rays are practically impossible to get. Click the titles for their respective reviews

Manga Entertainment released My Hero Academia: Season One on Blu-ray and on DVD on the 10th June. All the Anime released Lupin the Third Part IV, the English dub on June 17th on Blu-ray, and they will release Mirai on Collector’s Edition and standard Blu-ray and DVD on July 15th.