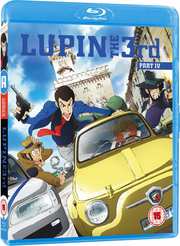 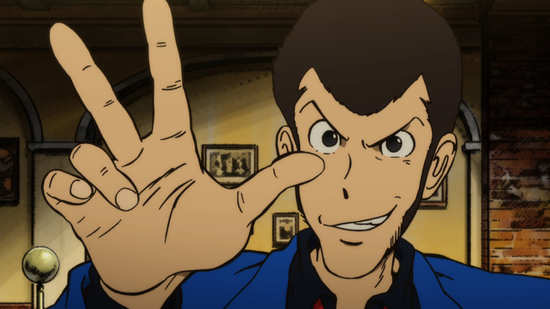 Buying into a series entitled Lupin The 3rd: Part IV‘ may sound like a dumb move to anyone (like me) who hasn’t seen any previous Lupin series, but it really isn’t. It’s a fun series which requires absolutely no previous knowledge, existing as a separate and entirely new entity in its own right. It's the kind of series that’s easy to watch, full of humour, with lots of fast-paced adventure and more than a little style. In other words, one definitely worth adding to your collection. Besides, there hasn’t been a self-contained Lupin series like this one since 1984 so lots of viewers may be new to the franchise. 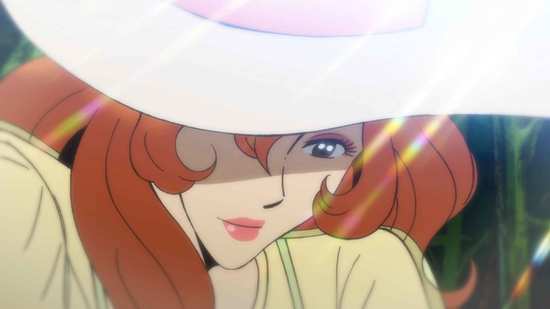 This particular version of the set has an interesting provenance. The original 2015 series was a Japanese / Italian co-production (which is why it’s set in Italy and also why Lupin’s car is a cool Fiat 500). As a result, a Japanese language version has previously been released on Blu-Ray (Jitendar Canth’s excellent review can be found HERE). 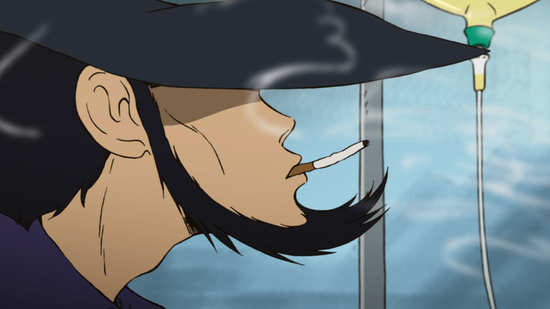 An Italian language version has also been released, but possibly only in Italy. This version is an all-new American dub of the series which (despite challenges which will be discussed in more detail later in this reviews) works really nicely, pulling together many of the voices from previous incarnations pf characters from a decade and more ago. 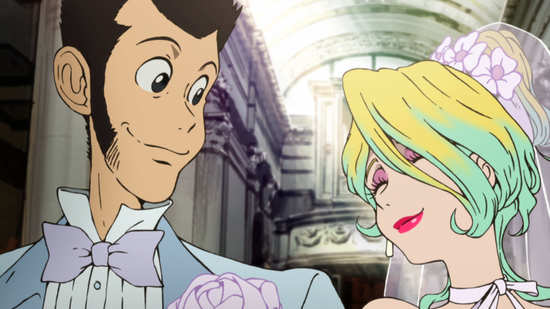 Lupin is a young master-thief; a cool as mustard crook who seems able to pull off the most incredible robberies with ease, despite his penchant for women and wild times. He has a small gang of outlaw comrades who help in his escapades, as well as a comically manic plain-clothes policeman (Inspector Zenigata) on their tail, who has dedicated his life to finally capturing the young reprobate and putting him behind bars.

Perhaps closest to Lupin is his loyal side-kick; the uber-cool, chain smoking Daisuke Jigen, a sharpshooter and all round smart cookie, very much taking second place billing and who even gets to star in one or two episodes of his own with barely an appearance of Lupin. Then there is the rather serious Goemon Ishikawa XIII, a samurai swordsman who claims to be able to ‘cut anything’ with his ancient blades. Finally, there is the resident love interest, albeit on-off, with the beautiful femme fatale and fellow thief Fumiko Mine, somewhat a match for Lupin’s criminal brilliance. 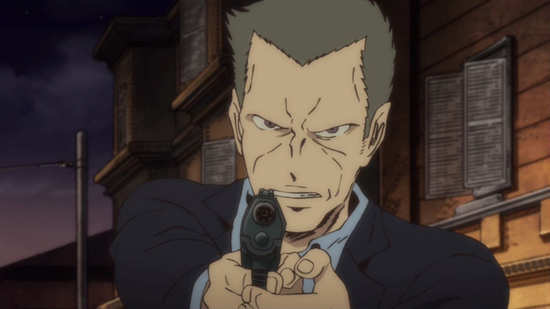 The series sets up the characters well and each of the 26 episodes is, for the most part, a separate story or escapade, though there is occasionally some linking narrative so it’s still best viewed in broadcast order. The series is loosely titled ‘The Italian Adventure’ because it’s all set in various Italian cities, with Lupin himself driving a Fiat 500 which, as unlikely as it sounds, seems perfect for the tiny streets of Venice or Rome. 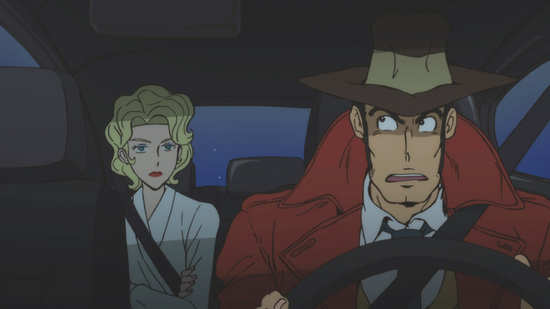 The series kicks off with a Lupin getting married to one of the wealthiest (and spoiled) young ladies in all of Italy, Italian superstar Rebecca Rossellini; something that none of his comrades can comprehend.

Naturally it’s a ruse to get their hands on some of her Father’s precious artefacts, and they very nearly get away with it – much to her delight. What follows is a series of heists, jobs involving zombies and ghosts, the sad tale of a drug addled football hero and loads more madcap adventures, all easy to watch and a lot of fun. It’s zany enough to have you believe in ghosts or the possibility that Lupin can swipe the Mona Lisa, or that a down and out street artist could turn out to be the real Leonardo da Vinci. 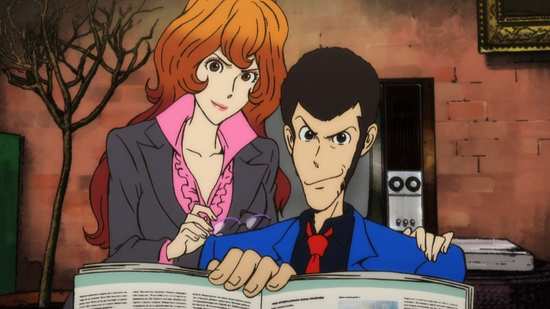 Whilst the Inspector may continue bungling at every turn in his mission to capture Lupin, there is another existential threat in the form Nyx, an MI6 agent with super-powers who is equally keen to bring the great Lupin down.

Watching the series put me in mind of the sheer childish joy of watching Scooby-Doo or any number of other adventure-based comedic Hanna Barbera shows. Each episode is fun, short, easy to watch and action-packed. To coin a cliché, what’s not to like? 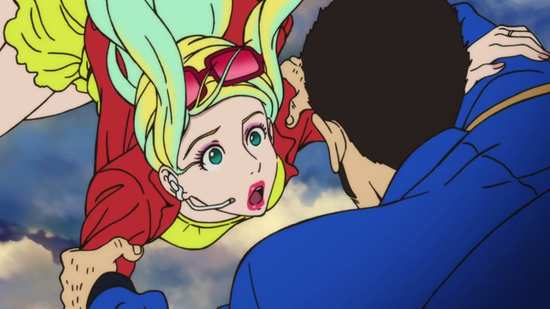 If you’ve now read Jitendar’s review for the native Japanese version of the series, this time it’s in English with a cast of (aging) classic anime voices on board. This is an English only release so you’ll need to decide which language version you prefer. 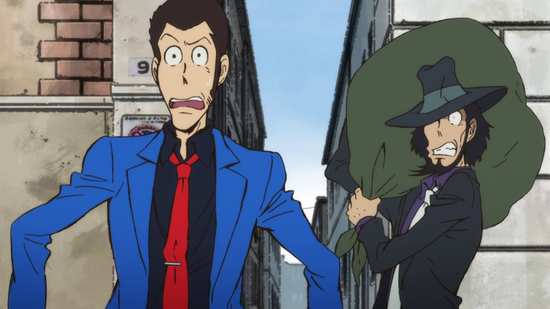 According to an extra feature on the disc (well worth watching), the voice director, Richard Epcar and his wife and collaborator Ellyn Stern, the dubbing of the series, whilst fun, was extremely challenging. They were given just three weeks to dub the series. As if that wasn’t a big enough challenge, they had the Italian masters to work with and were unable to access un-mixed (or M&E – Music and Effects) tracks, which meant the entire soundtrack had to be re-built from scratch including all the music and sound effects, which, for a series like Lupin, meant a lot of work. Working 12 hour days in two studios, seven days a week, they somehow got the job done and whilst they are clearly still smarting from working that way, the results are actually very pleasing. 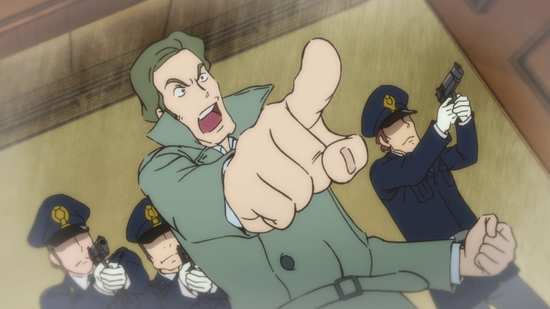 Old fans will be delighted to learn that Tony Oliver is back as Lupin; whilst Lupin’s right hand man and sharpshooter Daisuke Jigen is played by deep-voiced Richard Epcar himself, also returning to the role he first voiced in the 90s. Lex Lang returns as assassin Goemon Ishikawa XIII after first taking the role in 2003 and Michelle Ruff returns to her role of Fumiko Mine after her first performance of the role in 2003. The only ‘newbies’ are Doug Erholtz who does a great job as the hapless Zenigata, and Cassandra Lee Morris as Rebecca Rossellini, an entirely new character I any case.

On disc extras include an interview with the English version directors Richard Epcar and Ellyn Stern, TV edits of the openings, and a two cast Roll Calls. 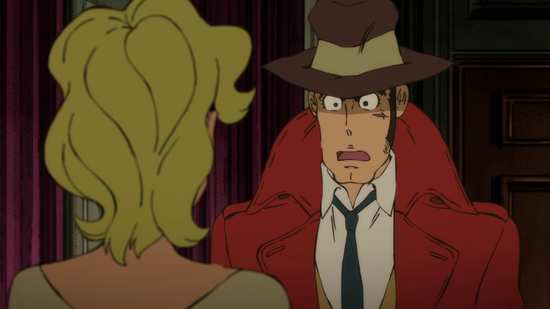 I haven’t seen the Japanese version (though Jitendar has and really rated it) but this English version seems to be a viable alternative, maintaining a fun tone and providing a lot of entertainment across its 26 episodes. It’s the perfect way to end a busy day and won’t eat up to much time if you ration the episodes, which come in at under 25 minutes a piece. Highly recommended.