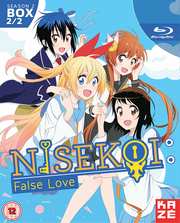 Nisekoi isn’t the most original of harem romantic comedies, and let’s face it, it occupies another oversubscribed anime genre. But while it invokes feelings of familiarity with each episode, reminding you of shows that did something similar, it is consistently good at what it does, doesn’t put a foot wrong, and maintains a nice level of entertainment. There’s one of the many harem rom-com tropes that it hasn’t yet recycled, that of the overprotective little sister; the gooseberry that comes in between the insipid hero and the girl he’s destined to be with. Think Mei and Naru in Love Hina. Anyway, welcome to the final instalment of Nisekoi, where we meet Kosaki Onodera’s little sister Haru. It’s time to call harem trope bingo! 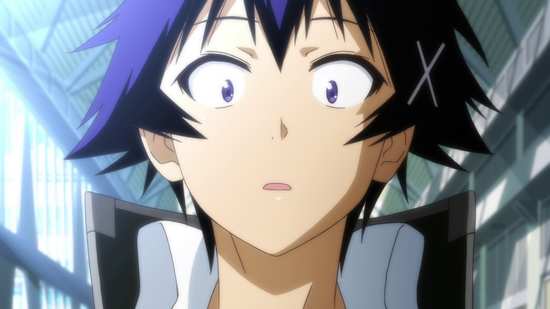 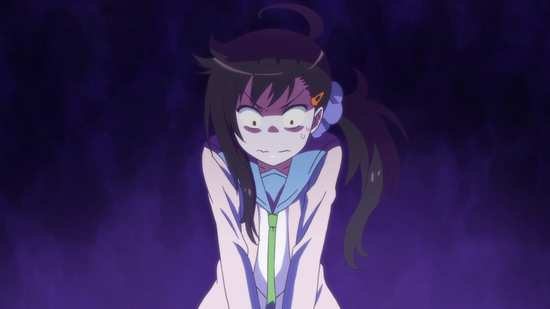 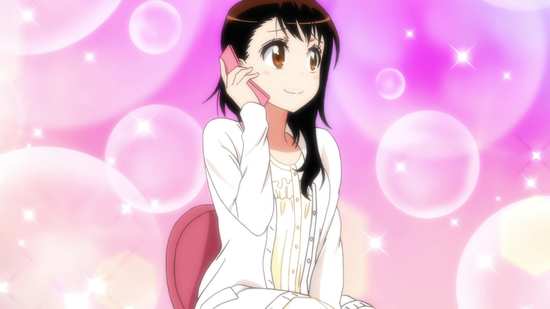 The concluding six episodes of season 2 of Nisekoi are presented on this Blu-ray disc from Kazé. 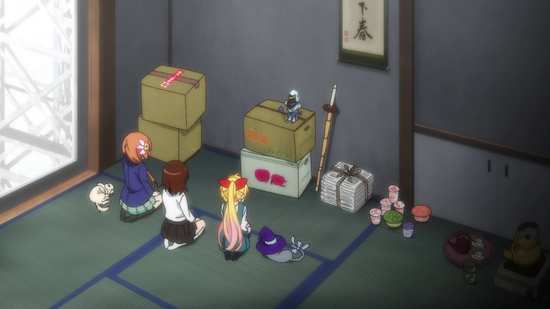 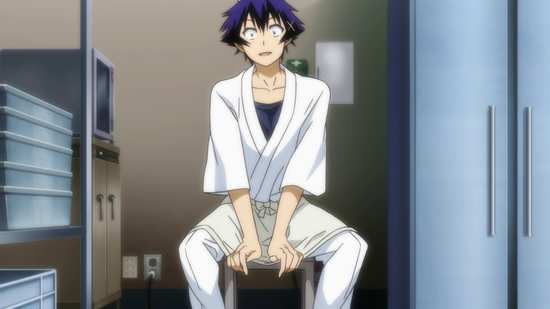 Not that it makes much difference here in the UK, but for the second season, Kazé dropped the French dub for Nisekoi. This time around all you get is the Japanese PCM 2.0 Stereo track with player locked English or French subtitles. The audio is fine, clear and without glitches. The actors are well suited to their characters, and for many, the presence of Kana Hanazawa as Onodera will be a draw. The action is presented well, and the music really suits the show. The subtitles are Kazé’s usual thin white font, easy to lose against busy backgrounds, but they are not too bad for a Kazé release. I occasionally felt the lack of on screen text translations, which was a little disappointing, although not too detracting from the stories. 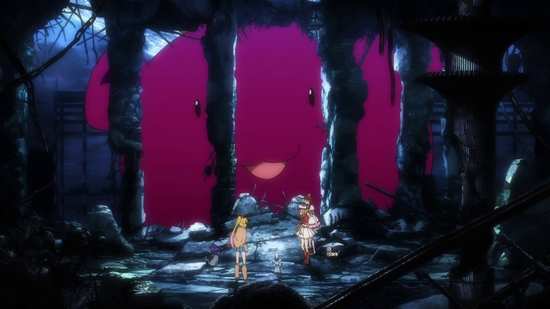 In the season 1 release, even if you accidentally picked the French menu at the start, you could choose the English subtitles and watch from there, but this time around the menu choice locks your subtitle choice as well. Also at 48:18 there are a couple of overlapping conversations, but we only get subtitles for one of them. 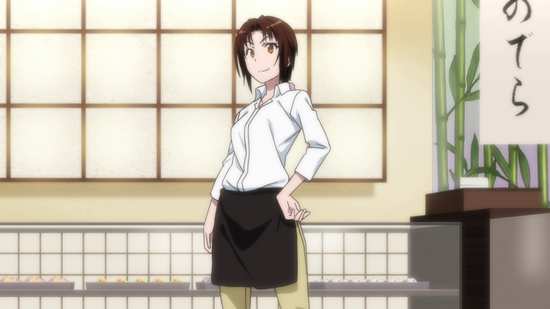 You get the disc in a thin Amaray with clean sleeve art. The release saves the blurb for the o-card slipover which this time I didn’t get with my purchase. Alongside the disc, you also get 5 art-cards for the show. 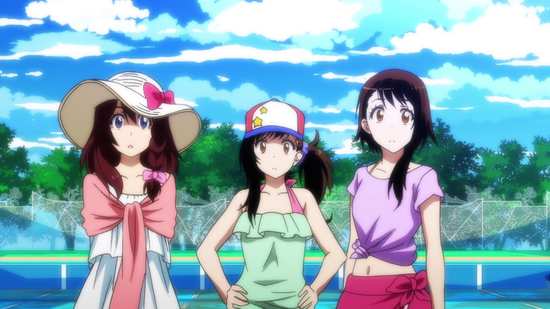 You have the choice between French and English menus when you insert the disc. The French menu autoplays trailers for the Anime Digital Network, Hamatora the Animation and Beelzebub. The English boots straight to the menu.

From the animated menu, you can access the audio settings, the numerical episode listing, and extras in the form of one textless opening and three textless closings. 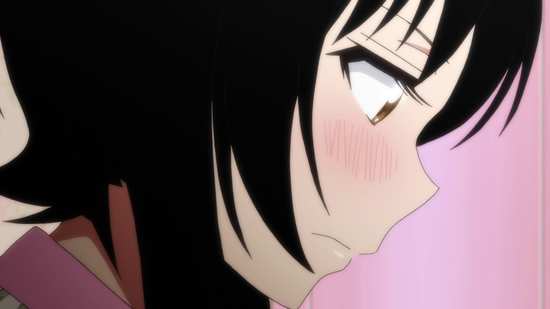 Nisekoi just sort of fades away in this final instalment, a disappointment in a show which if unoriginal, was at least consistently entertaining, at least until the final five episodes. It’s the regular choice faced by studios adapting ongoing stories, keep adapting until they run out of episodes, create an original ending all their own, or do something else. The creators of the Nisekoi anime chose to do something else, which apparently is take the main storyline up to a point, then fill the final episodes with side stories and little diversions. So if you were hoping for some kind of resolution for Raku, Chitoge, Onodera, Marie etc, then you’re out of luck. 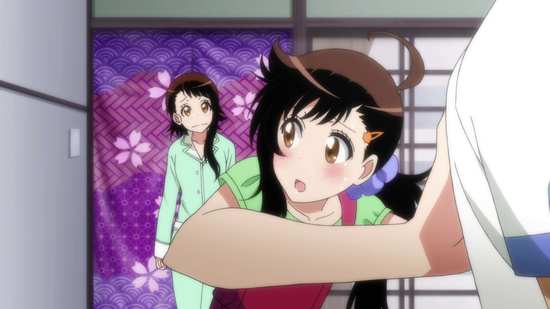 The protective little sister trope isn’t really one that has a lot of legs to it. The usual way of things is that she’ll show up just when things are looking good for the protagonists (and like most such shows, we’ve known the characters for a year before learning that one of them has sibling), decide to protect her older sister from the predations of an evil man and prevent any possibility of closeness between the two with a regular, but short lived annoyance. It’s short lived because our hero is naturally a good guy, and it isn’t long before little sister is developing feelings for him herself. Given that Raku has a girlfriend, a fiancée, yet is also sweet on Haru’s older sister gives her justifiable cause to think he’s a creep. 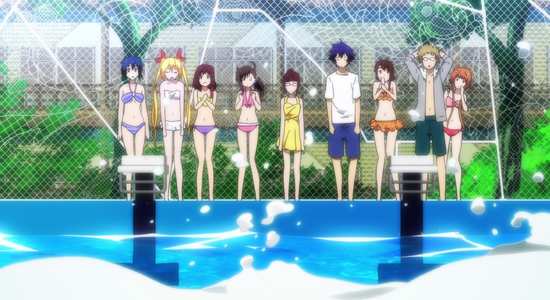 Her first meeting with him is when he rescues her from a bunch of overbearing boys, although she doesn’t get a good look, so she starts imagining her rescuer as some sort of golden haired prince, not knowing that the prince and the creep are one and the same. But you can’t really sustain a story arc like that, and it does distract from the main point of the show. Thing settle down to an even keel between Raku and Haru three episodes into this collection; not that you get three episodes of material for that story arc. 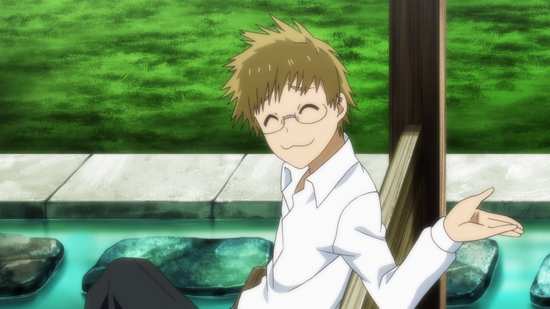 By episode 8, it’s clear that Nisekoi is running short on material, and the side stories and little detours come in, and four of these six episodes have two stories apiece in their runtime. The first such story is a complete grab from thin air, which briefly re-imagines the three main girls as magical girls. It’s not part of the main story at all, just a silly what-if. The second half of episode 8 has Raku working at Onodera’s sweet shop again, this time having to navigate the little sister. As for episode 9, there isn’t a high school anime made that doesn’t require a swimming pool being cleaned, while the second half of the episode concludes the little sister arc when Onodera falls sick with a cold, and Raku visits, and winds up nursing both sisters. 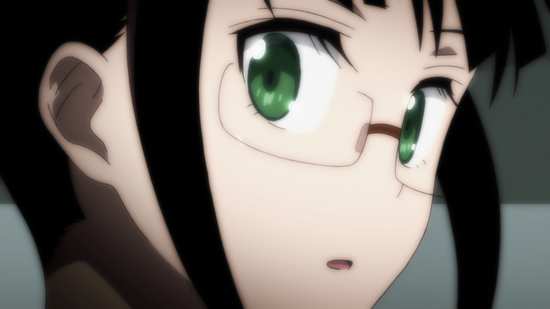 We then get a whole episode devoted to a supporting character and the fate of his crush on the class teacher. Then in the final episodes there are four more stories, two devoted to Onodera, her challenge keeping her weight down in the face of a faulty set of scales, and how Raku became her first crush in middle school. Then there are two stories for Chitoge, a touching story about her hair ribbon, and her toying with the idea that she might actually be in love with Raku. 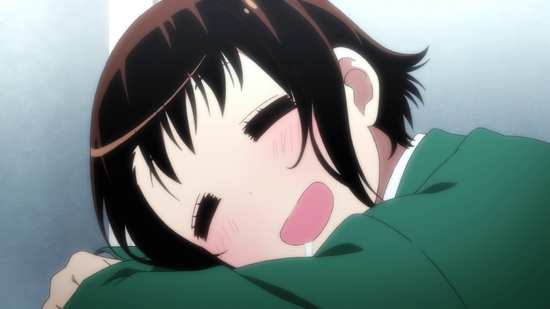 Nisekoi is fun, and over the first series, and the first half of this second series, developed in an interesting and entertaining way. Alas for its concluding instalment, that development comes to an end and the story just stalls. We get some fun episodes to conclude with, but nothing to really invest in.