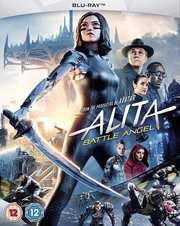 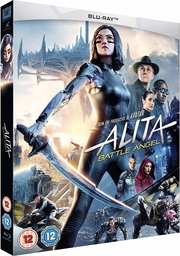 There’s nothing that puts the fear of God into anime and manga fans more than news of a Hollywood adaptation. It’s not that they are bad, although they usually are, it’s that a Hollywood exec, dying for originality or just plain something different, will option the hot new thing from Japan, buy the rights, and then sit on them, trying to figure out how to make the thing. This will rarely happen, and at worst, will prevent a Japanese producer from making a film of that property domestically. Parasyte only got a live action movie in Japan once the US rights had lapsed, 15 years after they had been optioned. At the moment, Akira has been delayed once more, as director Taika Waititi concentrates on Thor 4 instead. Akira was first announced 11 years ago. That’s also when Cowboy Bebop was announced, with Keanu Reeves tipped to play Spike. It’s finally getting a live action TV series on Netflix... hopefully. Speaking of TV series, remember when Starz was going to re-make Noir? I didn’t either before researching this piece.

As mentioned, Hollywood adaptations of anime and manga, when they come, are usually bad, or worse. I don’t think we can forget, nor forgive Dragonball Evolution. It doesn’t get much better when there are films like The Guyver, Death Note, Fist of the North Star and Oldboy, all of them demonstrating ably Hollywood’s capacity to miss the whole point of the content they adapt. That’s also true of the one adaptation that I did like, Ghost in the Shell, which while it wasn’t Ghost in the Shell, was an infinitely better remake of Robocop than the 2014 effort of that name. The one time Hollywood gained some kudos for adapting anime was the Wachowskis’ take on Speed Racer, annoyingly a film that I have yet to see.

But I have now seen Alita: Battle Angel. Talk about development hell! James Cameron’s Alita has languished in development hell almost as long as James Cameron’s Spiderman did before Sam Raimi took his shot. The difference being that Alita actually got made, although with Cameron concentrating on Avatar sequels, it fell to Robert Rodriguez to adapt. I guess it’s useful to be a director when asking someone when a movie’s going to be made. James Cameron was too busy, so he offered Rodriguez the script and a chance to make it.

Another oddity about Alita is that this time it really has been adapted from the source manga. All of the other titles had fairly to very extensive anime adaptations in Japan as well as the source manga, ranging from 12 OVA episodes for Guyver to hundreds and hundreds of Dragon Ball Z episodes. Alita got two OVA episodes in 1993 and a short CG promo at the turn of the millennium, and that’s it, an advantage in satisfying audiences that have fewer preconceptions. But still, given that past record, I went into this film expecting it to be just as bad as all the rest.

It’s the year 2563, three hundred years after The Fall, the final war between Earth and Mars that pretty much wiped out humanity, or it would have if the final Sky City Zalem had fallen. Zalem survived the war, and the survivors of humanity were drawn to its soaring presence, establishing Iron City on the surface in its shadow. The humans below live and work to support the elites living in the sky city, all with the fleeting hope that they too will one day rise above.

Doctor Dyson Ido works to maintain the cybernetic implants that many people have, and one day, exploring the giant garbage heap that has accumulated beneath Zalem, he discovers the robotic head and torso of a girl, one which still contains a living human mind. He installs her in a new body, and she awakens to the world, with a sense of wonder, but no memory of her past. Ido names her Alita after his late daughter, and starts teaching her about the world of Iron City.

He’s as protective as a father, but the wonder of Iron City is as much danger as it is beauty, not least the Motorball tournaments that the inhabitants obsess about. It’s also a city without any police, where the laws are kept by Hunter Warriors, bounty hunters in other words. When Alita follows Dr Ido late one night, she learns that he moonlights as a Hunter Warrior to make enough money for his clinic, and when he gets into more trouble than he can handle, she learns that she has some serious combat skills, and in the heat of combat, she gets a flash of her true memories.

Alita: Battle Angel gets a 2.39:1 widescreen 1080p transfer on this disc, with DTS-HD MA 7.1 Surround English, Dolby Digital 2.0 Stereo English, Dolby Digital 5.1 Surround English Audio Descriptive, and DTS 5.1 Surround Italian, French, Spanish, and German, with subtitles in these languages plus Danish, Dutch, Norwegian, Finnish, and Swedish. Note that the audio options are locked during playback of the main feature. The transfer is flawless to my eyes, clear and sharp throughout, with excellent colour and pin sharp detail. The audio is immersive and effective, bringing across the action and music with impact. It is one of those films where you have to ride the remote though, as the dialogue can feel a little low in the mix at times.

They finally got me! I thought that the Alita character was a modification of an actor performance, digitally enhancing the manga eyes and the physique on top of the actor, but it turns out to be a complete CG character. We are getting to that point where it will soon be impossible to tell the difference. The uncanny valley does exist in this film, but you do feel it is a creative choice rather than a necessity, a way to emphasise the cybernetic nature of the title character. Most obvious are the eyes, paying homage to the manga art style, larger and more expressive than normal (if they made the movie 30 years ago, they could have just cast Tracy Scoggins in the role). But Alita is a living, breathing character, fully extant in this world. The rest of the effects work is of a similar quality, and the imagination and artwork on display in this film, in terms of the character, costume, and production design is well worth watching, and re-watching the film for.

You get 1 disc in a BD Amaray with an o-card slipcover. The disc boots to an animated menu, and your player should hold the last position in memory after the disc is ejected.

Alita’s World contains four featurettes, covering The Fall, Iron City, What It Means to Be a Cyborg, and Rules of the Game, running to a total of 13:44. These are in-world narrations expanding on aspects of the story against comic art.

From Manga to Screen lasts 20:47 and the cast and crew speak about the adaptation and there’s copious input from the mangaka Yukita Kushiro, whose Gunnm manga (sold in the West as Battle Angel Alita) was adapted into this film.

Evolution of Alita lasts 19:43, and after an introduction to the character looks at how she was brought to life on screen.

There is a 6:02 look at the sport of Motorball.

The London Screening Q & A lasts 26:38 and has six of the cast and crew at a stage event.

10 Minute Cooking School: Chocolate only lasts 5:28, but it’s enough time for Robert Rodriguez to offer up some delectable treats.

The 2005 Art Compilation (2019) lasts 14:20, and some more story narration accompanies a slideshow of concept art that was created for James Cameron way back in 2005, and was used in the eventual movie.

Finally there are 4 scenes deconstructed, multiangle affairs which allow you to compare original, intermediate and final footage, showing how the effects work was layered onto the original footage. There is 10:47 of content here, or rather 32:21 if you take into account all three angles.

It had to happen eventually. Alita: Battle Angel is that great Hollywood manga adaptation that fans have long hoped for. Finally they’ve got it right. It might be the exception to the rule, but I really do hope that it’s the start of a trend. It needs to be, as it looks more and more likely that Hollywood is jumping on the manga/anime adaptation bandwagon, as viewers seek a change from the same-old same-old.

You can see why James Cameron would be drawn to this material. It would have been this or Ghost in the Shell, both with empowered female kick-ass cyborgs. This time Sarah Connor is the Terminator. The character arc of Alita certainly makes for more emotive storytelling. When she wakes up in the world of Iron City, suffering from amnesia, it’s as if she’s a newborn, and she explores everything around her with wonder. The only sign to her past is the instinctive reaction with which she avoids a traffic accident, a degree of spatial awareness and motor skills that only gets better the first time she tries a game of Motorball (not unlike Rollerball, only with cybernetic competitors plugged into rocket powered skates).

There’s even a little romance as well, when she meets Hugo who works in the Motorball industry, sourcing spare parts for those looking to upgrade their track superstars, although how he and his gang do this isn’t exactly by the book. He’s a brash, likeable young man who has ambitions to earn enough to go to Zalem, and is happy to show Alita around the city, introducing her to the world that Ido would rather she didn’t see. But it’s Ido’s job moonlighting as a bounty hunter that really awakens Alita’s memories, and sets her on the path to rediscovering her past. That reveals the dark heart of Zalem and Iron City, manifest in the sport of Motorball. The head of the sport is a man named Vector, and he has Ido’s ex wife Chiren keeping his star players tuned to perfection.

Chiren’s antipathy to her ex-husband is made clear when she learns that he’s given this new cyborg, their daughter’s name, but when it becomes apparent just who and what Alita really is, Vector and Chiren’s master in Zalem has a chilling demand. It turns out Alita’s past could have dire consequences for both Iron City and Zalem.

Alita: Battle Angel could have been another anorexic adaptation, stripping out all that made the source material special, for just another identikit summer action movie, but the story hangs together really well, while the characters are complex and nuanced. As I mentioned before, Ghost in the Shell was a Robocop remake, but it made copious use of manga and anime references to pay lip service to its source material, with some scenes recreated beat for beat. When it comes to Alita: Battle Angel however, it is so faithful to the original that I really felt as if I was watching the manga brought to life. That’s despite all the changes made for Western audiences and the short movie runtime. It’s a great cyberpunk action movie, and hopefully just the first in a series. I’d love to see the other manga volumes of Alita adapted, and this time it’s done the box office to make that likely.