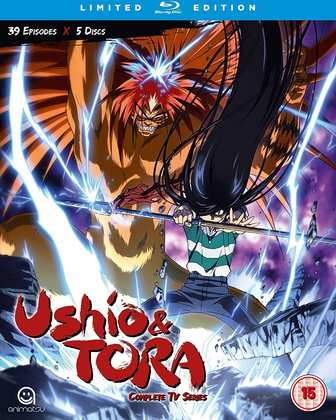 It won’t take long for a new anime fan to become aware of the bread and butter of the medium, the long running shonen action shows like Naruto, One Piece and Bleach, shows that run forever and ever, adapting multi-volume manga series and making them even longer with filler and recaps to avoid outpacing them. Those shows can be good, maybe even brilliant at times, but they all wind up as painfully uneven. Have you ever wondered what an adaption of such a manga would be like if it was done after the manga had ended, and wouldn’t need filler? That’s where Ushio and Tora Complete Series comes in, just such a shonen staple, animated some twenty years after the conclusion of the manga, and able to tell its story in a brief, 39 episode run, just pure, unadulterated story. And you know? It’s pretty good. 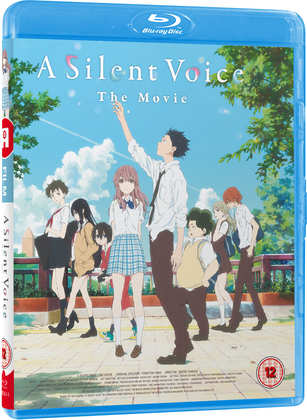 It’ll be a controversial opinion, but A Silent Voice is probably the best anime film that you’ll get this year, and that’s in a year that also gives us Your Name on home video. The director of K-On and studio KyoAni reunite to tell a heartwarming and uplifting story about school bullying. That sounds like an oxymoron, but A Silent Voice’s examination of the subject, really does offer a nuanced and thoughtful perspective. In elementary school, a deaf girl is bullied by her class, but only the ringleader is punished, and winds up being bullied in turn. In high school, the boy runs into the girl again, and decides to make amends, but forgiveness is never that simple. 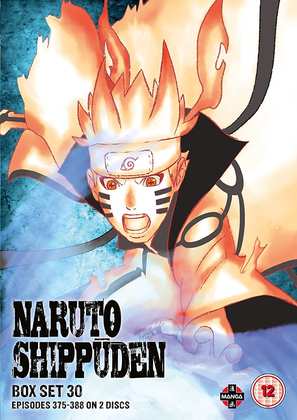 Speaking of long running shonen action shows, Naruto Shippuden Part 30 is upon us. That’s probably three shelves devoted to Naruto home video releases alone! In case you’re wondering, they’re still having a ninja war, and there are two episodes of filler here that will have you head-desking in frustration. Despite that, this is the good stuff, especially as you get to see Naruto and Sasuke team up again. 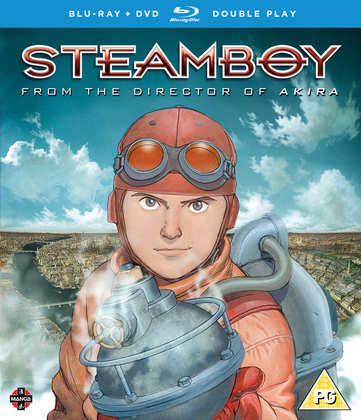 It’s a rare thing to get two good anime movies to review in one week, but I got to watch Steamboy again, this time on Blu-ray. It’s an underrated labour of love from Akira creator Katsuhiro Otomo, although understandably so as most people would have seen the truncated theatrical cut. Well, the Blu-ray has the full version of this family friendly action adventure. It’s proper steampunk too, a caper in Victorian London as hero Ray Steam has to stop the secret of ultimate (steam) power falling into the wrong hands. And we’re the first English speaking territory to see Steamboy on Blu-ray! 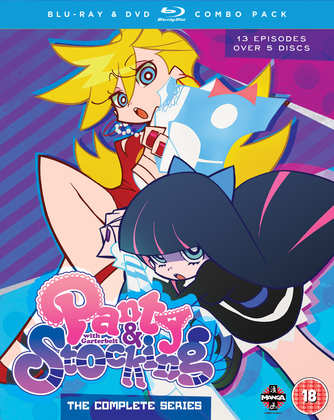 Panty & Stocking. I never thought that I’d watch this again! Sometimes you just feel the need for some animated vulgarity, and alas, I lack Ren & Stimpy DVDs. Panty and Stocking are two angels sent to Daten City to fight and destroy ghosts under the watchful eye of priest Garterbelt, and with the aid of their useless dog Chuck and occasional teenage wimp assistant Brief. Panty is sex mad, and her panties turn into a ghost killing gun, while Stocking loves sugary snacks, and her hosiery become ghost slashing swords. They’re up against the evil Daemon sisters, Scanty and Kneesocks. And it’s all an excuse for the most anarchic animation, and most gutter level toilet humour imaginable.


Watching the show one episode daily-ish reveals a certain truth. You have to be in the mood for Panty & Stocking. Most nights I’d just bland over a twenty minute stretch of animated vomit, but on the odd night, it would get me in the right frame of mind, and I’d be laughing uproariously. I remember when I reviewed it, I thought it was absolutely dire. This second time around, it wasn’t quite so bad. Manga Entertainment originally released Panty & Stocking on a faulty DVD, but that was recalled and replaced with a less faulty but home authored version. If you want the version with all the bells, whistles, and logical chaptering that anime fans expect, get Manga’s Blu-ray version released in 2013, which uses Funimation’s discs.