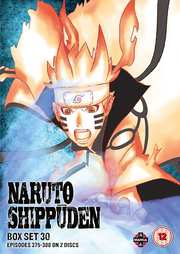 I’ve been getting ahead of myself, looking towards the end of the Naruto saga. When you’ve come this far, some 300 episodes of Naruto, and even more of Naruto Shippuden, plus the movies, there’s a danger of it becomes less a show to enjoy, than it is a goal to achieve. It’s something to shove in the face of all those people who run marathons, climb mountains, compete in triathlons... “Yeah, well I watched the whole of Naruto, beat that!” You think the ‘wall’ is a nightmare in long distance running? Wait till you get to episode 377. But at this point, there are 126 episodes left in Naruto Shippuden, just over two years worth of DVD releases if Manga maintain their current pace. Here’s the worrying thing. Of those 126 episodes, only 54 are canon, manga adapted material. There are 72 episodes of filler to look forward to/dread. There are only two episodes of filler in this collection, but they might actually be worse than urinating Naruto! 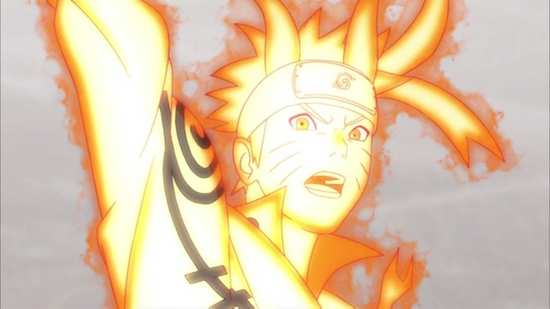 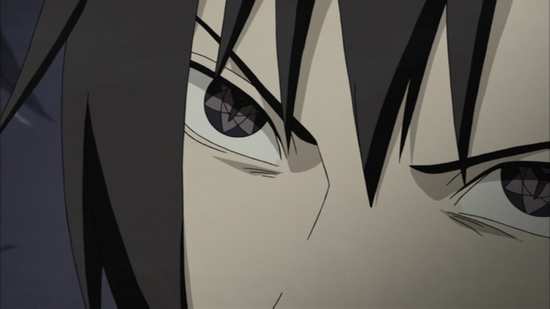 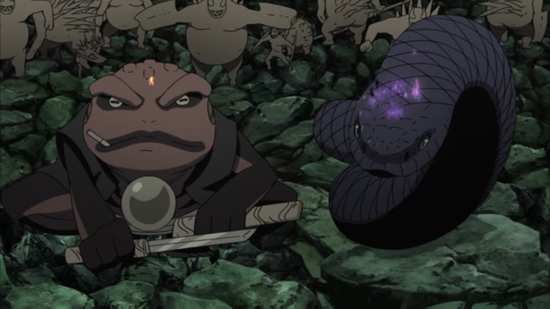 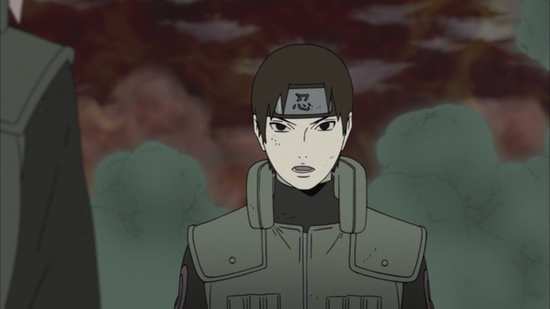 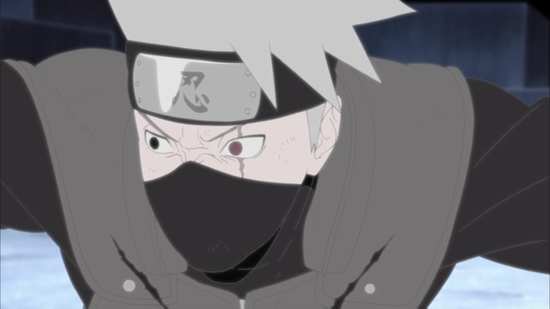 The DD 2.0 English and Japanese stereo is more than adequate in recreating the original experience, and given a little Prologic magic does offer a pleasant ambience and some discrete action. Yasuhara Takanashi takes over the music reins from Toshiro Masuda, and the result is if anything even less memorable than the music from the first series. But it works well enough in driving the action, and it doesn’t get overbearing. Once again, I only sampled the English dub and found it acceptable if unspectacular. It certainly isn’t the worst I have heard, but some of the actors don’t seem particularly suited to the characters. The volume levels are a little low, but the theme songs are subtitled. 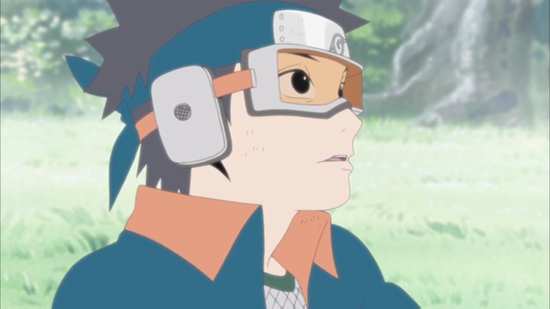 The extras haven’t changed much, the same static menus, with 5 Storyboard images, and 7 Production Art images all on disc 2, but this time Madman have delivered a different variety of trailers with their authoring. Following an antipiracy thank you, you can see trailers for Punchline, Blood Blockade Battlefront, Yurikuma Arashi, and Trinity Seven. 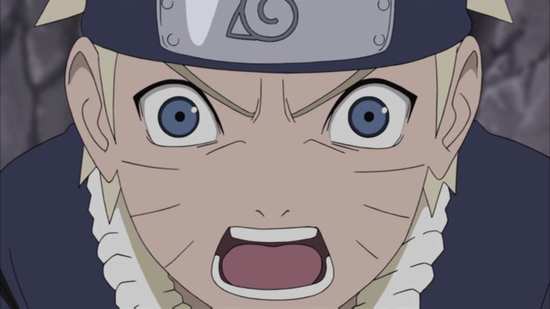 Orochimaru has some time on his hands, so in full Dr Frankenstein mode, he creates a monster to take the 9-Tails from its jinchuriki, only the monster turns on its master and escapes, only to fall into the hands of the Akatsuki who reprogram it to serve them instead. Which is how Naruto winds up fighting a robot version of himself. There are two episodes of filler in this collection which are so patently daft that they make me nostalgic for the bad old days of Naruto filler. There are 11 episodes of canon material in this collection, eleven episodes where the story develops and unfolds, and continuing on from the strength of the previous collection, it’s story that Naruto fans have been waiting for since day one. It’s story that rewards their patience, and really gets to the meat of what this series has been about. And all you will remember after watching this collection are those two silly episodes with robo-Naruto. 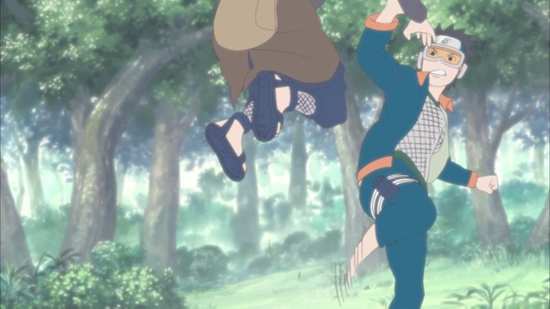 As for the rest of it, I’ll keep it brief, and avoid too many spoilers. This is really the end-game for the story, with just Madara Uchiha and Obito Uchiha left on the side of the villains, facing the Allied Shinobi, and the resurrected Hokage on the other. But those two are still strong enough to leave the good guys at a disadvantage. While Madara is facing off against the resurrected Hashirama, the first Hokage, everyone else has to deal with Obito, and that’s where the focus of these episodes lies. 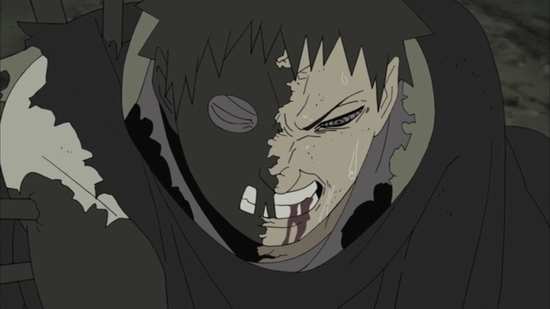 It gets really dangerous, as Obito becomes the Ten-Tails jinchuriki in this arc, but we do get to see Naruto and Sasuke working as a team. As always it’s a game of constant one-upmanship as both sides reveal new strengths and new weapons to use against the other, while Naruto maintains his conviction to save everyone, including the enemy. He wants to beat Obito, to save Obito, and to redeem Obito, which makes this conflict twenty times harder than it probably needs to be, but it’s also a sign of how much respect Naruto has earned that everyone supports him in his hopes. 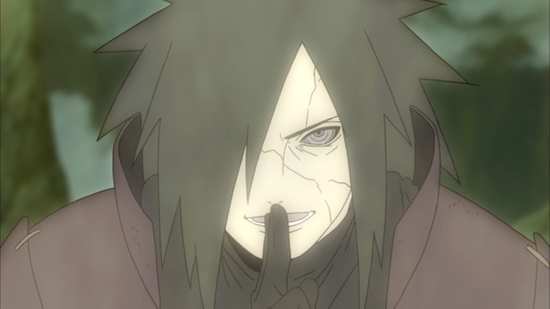 This is the good stuff, this is the Naruto we’ve all invested in, and it’s finally paying narrative dividends, but it is stingy and slow with its payments. Two episodes comprise a pep-talk while everyone is feeling down and defeated, literally so, with the aid of a telepathic jutsu. Following that, the conflict with Obito comes down to a lengthy and piecemeal flashback, comparing the Obito Uchiha who was a genin not unlike Naruto when he was a child, to the despair filled monstrous schemer he has become. 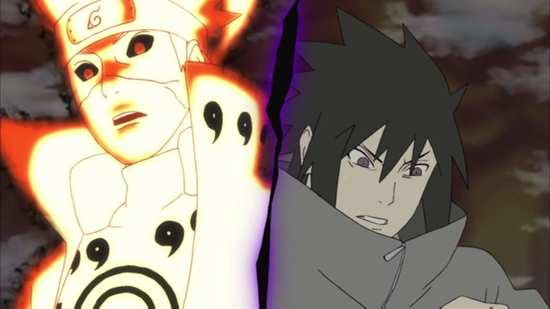 To be absolutely honest, Naruto lost my respect when it started resurrecting the dead wholesale for its story. There’s hardly any peril or impact left when a story starts doing that, and it’s that which drove the final nail into the Dragon Ball coffin in my opinion. But Naruto gets away with it, as it allows the emotion of the story to come through. The scenes with Naruto and his father Minato are some of the strongest emotional scenes in this collection. And painful as the storytelling style is, as horrible as the filler is, I really do want to see how this story ends, where I might not have felt as bothered five or so collections ago. Just eight more to go.