After the relaxation and jubilation of the holiday season, the New Year came with a dose of cold water when it came to companies delaying releases, and most affected by this tsunami of reality was Anime Limited, and what initially looked like a very congested January and February soon took on a more Spartan air. To balance that sudden relief to wallets everywhere, last week Anime Limited announced two new titles due in the first half of 2016. First up, they have Rage of Bahamut: Genesis, a show which I know very little about. I know more about their second title, Psycho Pass Season 2, as I reviewed the first season when it was released here by Manga Entertainment. Another licence has changed hands, and this time it will be Anime Limited releasing the second season of this cyberpunk police procedural. Fans have already started clamouring for the movie, proving the old adage that you can’t please everyone...

And this evening, Anime Limited announced that they have Free -Eternal Summer- coming to the UK this year as a collector's edition. Of course you can already imagine the fan questions about the first season. That of course is tied up in SD limbo thanks to Crunchyroll's license and Discotek's DVD only release in the US. Fingers crossed that Anime Limited will be able to work something out for UK fans.

Following on from last week’s news that Universal UK were entering the UK market directly to release anime, it transpired that as well as Seraph of the End, they’ll also be releasing The Heroic Legend of Arslan, and from all indications, it looks as if they’ll be going all out for the collector’s editions for both titles. 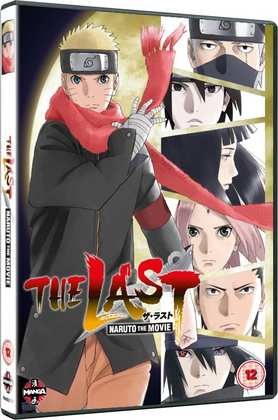 Just one anime review last week, although if you want more animation, there were also reviews of RWBY and Red vs. Blue. But the anime I concentrated on was Naruto The Movie: The Last, which in the end turned out not to be the last movie after all, when they afterwards went and made Boruto. Still, it is the last Naruto Shippuden movie proper, the last time (so far) that we get to see the titular ninja take centre stage, and after all this time it is the first canon movie, set between the penultimate and final chapters of the manga. What this really means is that if you haven’t read the manga, have instead only been following the anime, then this movie is one almighty spoiler-fest. Click on the review to see if this is a worthy conclusion to the Naruto saga. 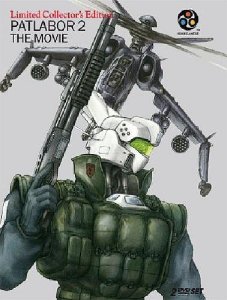 Patlabor 2 The Movie. It was inevitable that I’d round off my Patlabor viewing with the second movie (I never actually got the third), and this is one of those instances where my appreciation of the films has completely flip-flopped due to having finally watched the series. Patlabor 2 was Mamoru Oshii’s farewell to the franchise, and the herald of his more philosophical, measured take on anime filmmaking. He’d go on to make Ghost in the Shell following this film, and you can see the similarities in tone and style. Originally I preferred Patlabor 2 because of this, the political bent to its story, the commentary on global socio-politics. Only now I see it as a poor conclusion to the series, where the characters are unrecognisable from their television incarnations, and appear to be shoe-horned into a plot merely to suit the director’s sensibilities. It’s very much still a good movie, and seen objectively against the first film, it is the better production. It’s just that it doesn’t feel like Patlabor.

I originally reviewed the Limited Edition of the movie, released here on DVD by Beez, and it’s still an impressive package. And just like the first movie, it’s long out of print. Your best bet for the Limited or Standard Editions in the UK is second hand, although some e-tailers might have a few stray copies for daft prices. And just like the first movie, Maiden Japan in the US has released it on Region A Blu-ray.

Manga Entertainment released Naruto The Movie: The Last on DVD and on Blu-ray on January 11th.