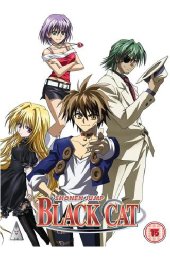 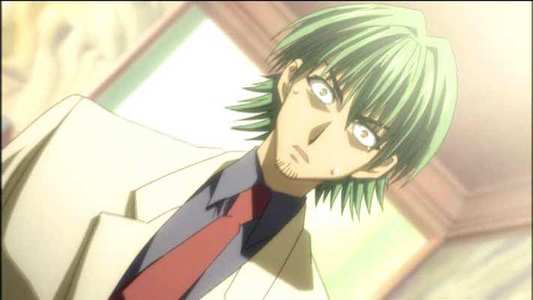 'Black Cat' is not the best anime I've seen but it's far from the worst too. I guess I've just been spoilt of late with shows like 'Death Note' where you want to devour the whole set in a single sitting. 'Black Cat' is not like that.

The show kicks off with Sven, a so-called 'sweeper' (that's a bounty hunter to you and me), hanging round his favourite eating house without a dime to his name and with his stomach rumbling giving the game away that he hasn't eaten in a while. He smokes a lot, is a real cool dude and wears a patch over one eye. A cute girl, who's being harassed by a gang, enlists his help (he's a gentleman after all). Unfortunately he crosses paths with 'Black Cat' (branded 13, aka Train Heartnet, a spiky haired slightly melancholic youth with a strong sense of morality) which is not great news. Black Cat used to work for an organization known as Chronos which pretty much controls the world. It has 13 assassins and Train (aka  Black Cat) was the 13th, tattooed in roman numerals on his chest and on his faithful gun. 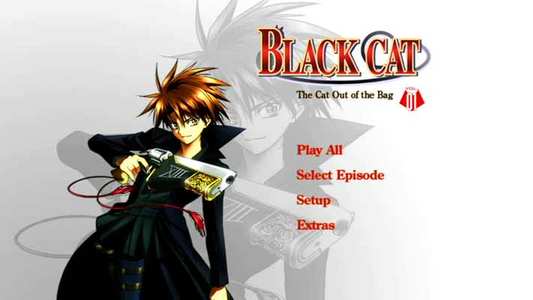 Sven hears that the young lady rescued seems to have another problem. Her 'sister' is being held by some super criminal against her will, and he sets out to rescue her. Only she turns out to be both a little girl (Eve) and a bio-weapon. Before long, Train  (Black Cat) leaves his role as a Chronos assassin (he's started questioning his blind allegiance) and joins forces with Sven and Eve.
Based on Kentaro Yabuki's Shonen Jump manga and produced by Studio Gonzo, the set holds all 24 episodes of the series in one box. I haven't read the manga but apparently this series is quite different. In the manga, Sven and Train are already partners when they rescue Eve. Here we see Train still a part of the Chronos organisation at the start and his first meeting with a young lady sweeper (Saya) who talks to the ponderous Train on their favourite rooftop each evening. It's Saya's spirit and morality that inspires Train to leave Chronos. That resolve deepens when she is killed by an old Chronos comrade, Creed Diskenth. Creed is a little unhinged and seems to be obsessed with Train and he too breaks away from Chronos, but forms his own organisation, the Apostles of the Stars. It isn't long before both Chronos and the Apostles are after Train's blood. Creed deserves to be killed but Train now feels that such a killing would be against his principles. 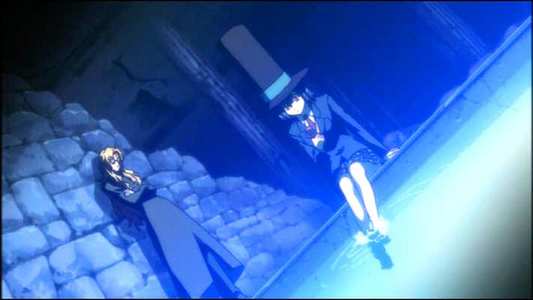 Strangely, and if you watch the set you'll know what I mean, the show comes to a natural narrative climax by episode 19, but then throws in a new and slightly peripheral story arc to get to the end of. Weird, but there you go.

If this summary all sounds a bit intense, then I've done the series a disservice by cramming 24 episode into a couple of sentences. It's not quite like that. Characters become well developed and the series is actually a nice mix of action, pathos and zany humour. In other words, perfectly entertaining.  However, unlike say, 'Death Note' where you can't wait for the next twist in the narrative to be resolved, this series seems to take an amiable enough stroll through its narrative and in the end I felt that I could take it or leave it. I know from reading other reviews that some people really rate it and talk of re-watching it again and again. Maybe a second watch in a different frame of mind will convince me too. 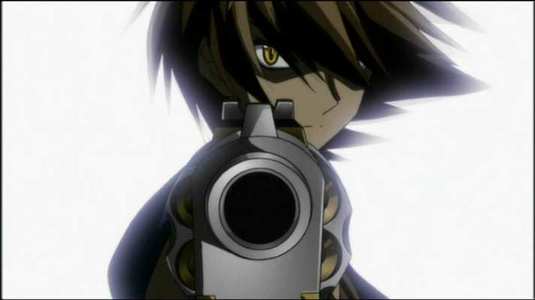 Character wise there is plenty to like. Sven Vollfied is a likable rogue, who proves to be just what he claims - a professional and a gentleman, despite his propensity for scrounging food. 'Black Cat' (or Train to his pals) has almost magical skills with his gun. He's a melancholy thinker who has little to say but comes over attractively moody rather than dull. He can certainly kick some Chronos ass. Then there's perhaps the most intriguing character of all - Eve, who is both an innocent child and frightening monster, and actually everything in-between. She's a nano-machine (boy, the Japanese love that stuff) and she has a strange questioning way about her, almost like a computer absorbing data.

If you want a more detailed synopsis and analysis, as ever, check out the single disc reviews on this site by Jitendar Canth, our resident professor of all things anime. 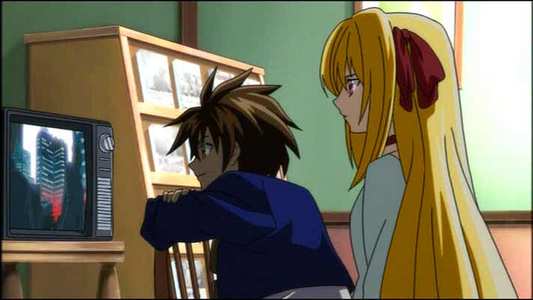 'Black Cat' is a nice looking series presented in 16:9 anamorphic widescreen and tastefully rendered. The English dub is really first class with every voice matching their character well without resorting to too many clichés. The score is good too, with a near death metal opener and a more melodic closer, a trend that seems to be growing in anime. 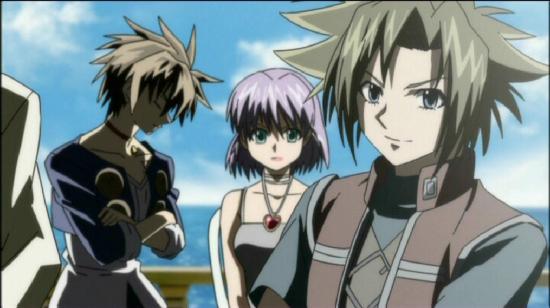 Extras-wise this is standard anime stuff with just textless openers and closers as well as a couple of trailers for other series on each of the six discs.

All in all, 'Black Cat' is not going to be the best anime you've bought this decade. That said, it's perfectly enjoyable and as long as you're not on a restricted anime diet (in which case there is better anime to buy) then this will do just fine. 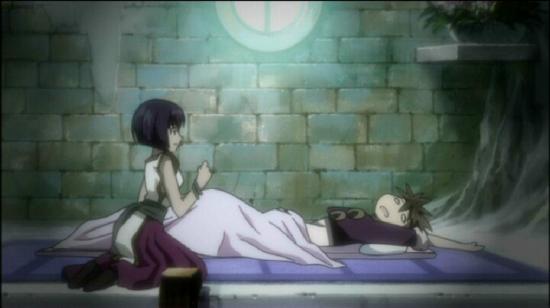