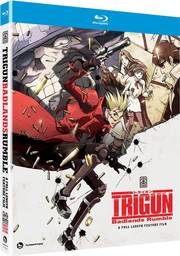 Review for Trigun: Badlands Rumble (US)

Thankfully for my bank balance, it’s a rare enough occurrence that I wind up importing a title from another region after taking in the UK release. The local product has to be seriously flawed in some respect to convince me to double dip in such a way, risking the added sting of the customs and excise guard-dogs. The UK release of Trigun: Badlands Rumble wasn’t seriously flawed, but it had several little flaws that all added up to the point where I just had to get the US Blu-ray release instead. If you want to read about the movie, I’ll point you to my review of the Kazé disc, as this review of the Funimation release will just look at the technical quality and the specifications. 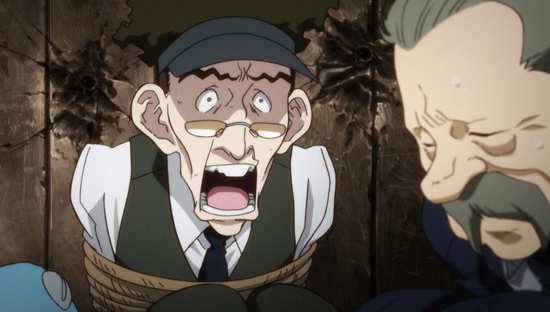 Just to recap on what bugged me about that Kazé release... For one it was on two discs, the movie and some trailers on a single layer Blu, with the extras on a DVD. As per usual Kazé practice, its subtitles and audio were locked away from the user. It was missing some extras from that Funimation disc. Its audio was high definition, but lossy, in the rather odd DTS-HD HI RES format.

Anyway, this is Trigun Badlands Rumble as released by Funimation in the US, on a single dual layer Blu-ray disc. 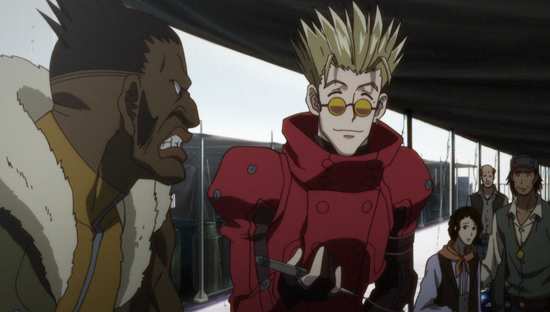 The first thing that you’ll note is that the movie takes a tad more space on this disc than a single layer’s 25GB. The film gets a 1.78:1 widescreen transfer just as the UK version, and the image is just as immediately impressive, sharp, clear and colourful throughout. The animation comes across well, and the scope of the movie is expressed just as admirably. It’s just when you look a little more closely that you realise that this release of the film has no digital banding to it. The UK release was pretty clear of it as well, but there were one or two darker scenes, with sudden shifts of light, where the spectre of digital banding did raise its head, and it was a small disappointment in an otherwise stellar transfer, but this US release has none of it at all. 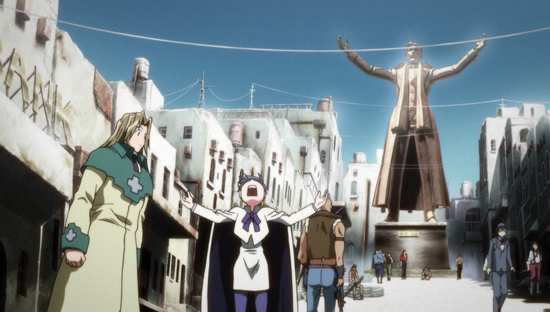 Note there is still gradated shading in scenes of the sky, as light blue shades towards indigo but as those are more static images, and not prone to shifting light sources, I tend to think that it’s inherent in the source, rather than a problem with the transfer. 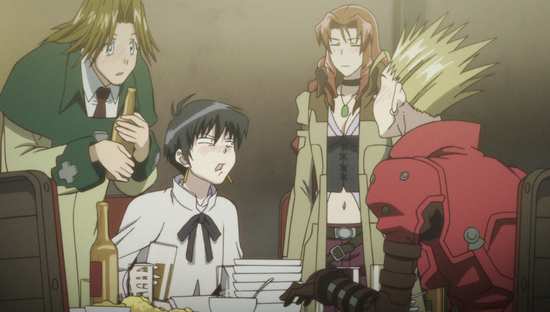 The audio comes in Dolby TrueHD 5.1 Surround English and Japanese, with optional translated subtitles. I went for the Japanese audio as always, and the first thing you’ll notice is that it is quiet, very quiet. In fact I had to push my home cinema volume up past the halfway mark to get a decent effect. I noticed that while the balance between the dialogue and the action still is biased towards the action, it isn’t as drastic a bias as the Kazé disc, and I didn’t need to ride herd on my remote control, pouncing to reduce the volume every time a gunfight broke out. As I expected, the acoustics in my lounge, and the quality of my home cinema system weren’t sufficient to allow me to differentiate between lossless Dolby TrueHD and lossy DTS-HD HIRES, but I did enjoy the audio on this disc a little more. 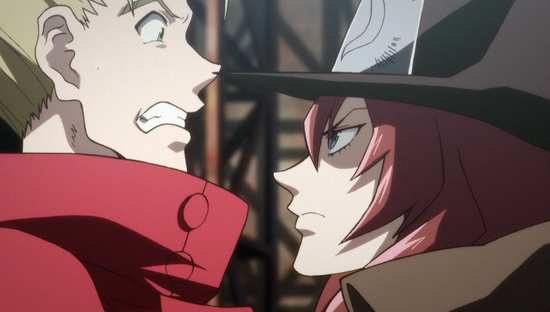 And to nick a British Gas phrase, the subtitles were nicely on and off-able.

Incidentally this being a Funimation release, as usual they have re-versioned the movie for English audiences, meaning the opening and closing credits to the film are now in English. This isn’t so on the UK disc. 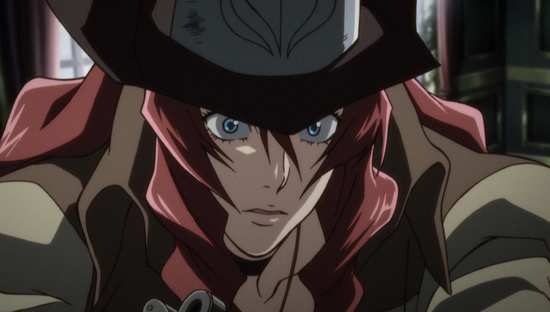 I hate it when Funimation go eco-friendly. Back when they were in their Viridian phase, I made the mistake of buying Tenchi Muyo GXP from them. They eliminated plastic altogether and sent the discs in card sleeves. They came pre-scratched.

This time, they aren’t quite as bad, although what they have done to the case to reduce the use of plastic is dumb, stupid, idiotic and other such entries in any common thesaurus. They cut plastic use in half by getting rid of half of the plastic. They cut whopping great holes in the case. The Blu-ray now comes in a plastic cage, sealed only by the sleeve and film cover, as well as the O-Card slipcover. Otherwise the disc is nicely aerated and free to attract as much dust as possible. 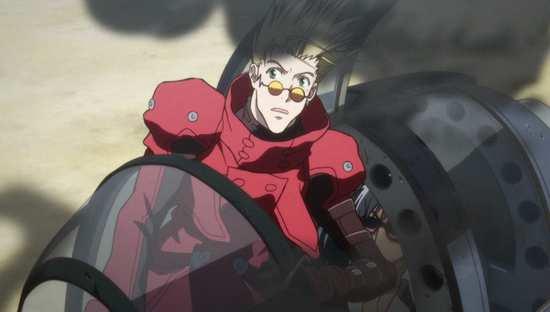 The disc autoplays with a trailer for Darker Than Black: Gemini of the Meteor, and this, as well as the 6 other Funimation trailers on the disc comprise the only extra content that is in HD. Everything else is in 480i SD. 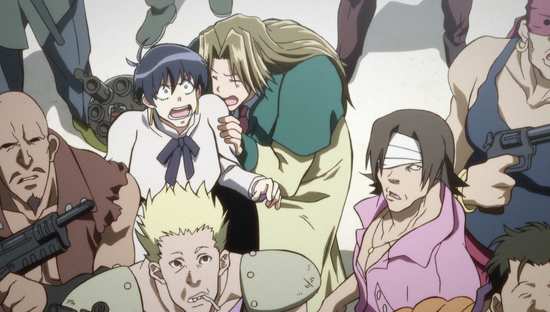 The content that is unique to this Funimation disc is mostly of the short, promotional variety, including a half-minute Mildly Awesome Story by Something Yoshimatsu, 90 seconds worth of footage from the Anime Expo 2009, a prize giveaway at the Kawasaki Cinecitta that lasts 3 minutes, and some seven minutes worth of trailers for the film. The Black Cat extras that so tantalised me on the product listing turned out to be other than I expected. 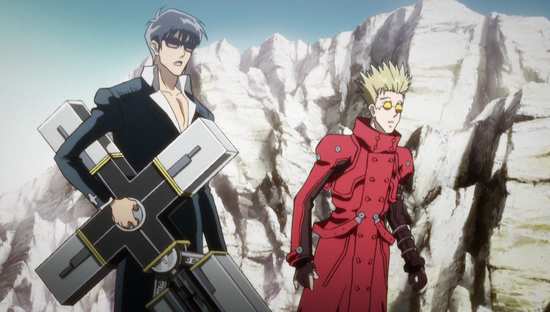 Other than the utterly daft packaging, I can’t find fault with this Funimation release. The image quality is to my eyes flawless, while once you get the audio loud enough, it also provides more consistent performance than the UK disc. The disc is nice and user friendly, letting you choose audio and subtitles at your whim, and you don’t have to shift your hind-end from your sofa if you want to watch the extra features. Best of all, it’s coded Regions A and B, so it plays without any hitch on UK machines as well. It’s convenient, and it’s of technically better quality, and it makes a fun action comedy sci-fi Western just that much better.