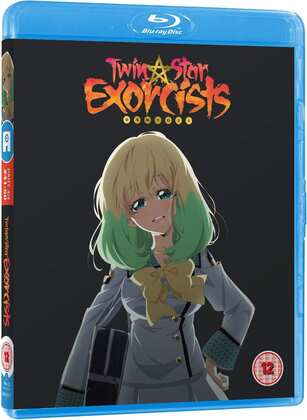 This weekend saw Crunchyroll unceremoniously delete over 70 Sentai licensed series from their service, with barely 24 hours notice for fans to catch-up on, or finish off shows. You’d be justified in expecting a little gloat here regarding the permanence of home media, only this week I came up against a similar issue with Blu-rays and DVDs. It wasn’t when I reviewed Twin Star Exorcists Part 4 though, as that is actually the final part of the shonen action show, which saw a couple of kids with exorcist powers dealing with all manner of demonic nasties from a parallel, hell-world. This is one of those shows that passed the manga storyline halfway through, and had to deliver an anime original story for its conclusion. It’s no Full Metal Alchemist mind; in fact this series goes the same way as so many others in the same boat. Click on the review to find out how it fares. 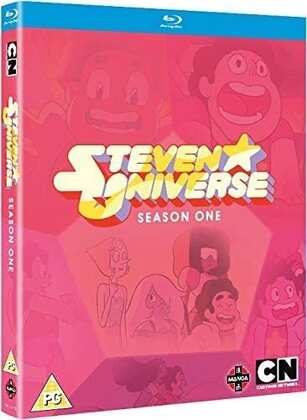 This is where the perils of being a collector of home media become apparent. Steven Universe Season 1 is the first season of six at the time of writing, and there is a movie as well. To date it hasn’t been released in its native US except for the first two seasons and the movie on DVD, but Australia has released the first four seasons on Blu-ray and DVD. And in the UK earlier this year, Manga Entertainment released the first season on both formats, but then promptly cancelled the Season 2 release. And now, I’m just as frustrated as a Crunchyroll user, as after a slow burn beginning, Steven Universe develops into quite a compelling and entertaining action adventure cartoon. The Crystal Gems are a group of intergalactic superheroes that protect the world against all manner of danger, comprised of three alien women with fantastic powers, and a little boy named Steven. 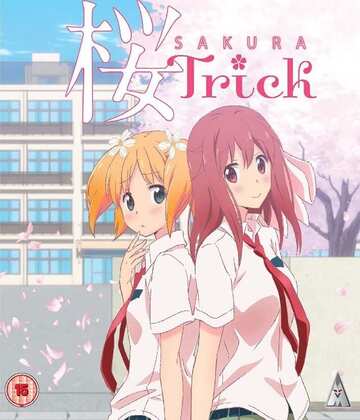 Going by the premise, Sakura Trick is the most blatant, teen male sating fan service show around. Two best friends start high school together, expecting to be sitting next to each other in class, but when that doesn’t happen, and the prospect of making other friends threatens their friendship and induces insecurity, they decide to do something together to mark their friendship, that they won’t do with anyone else. They start snogging. It’s a show about school girls kissing, the kind of thing that would normally attract a prurient audience. There are elements of that in Sakura Trick, but it manages to find a lot of heart and sensitivity with its characters and story, and becomes a more thoughtful, considered exploration of young friendships in a slice-of-life way. It’s actually good enough that I went from DVD to Blu-ray for this review. 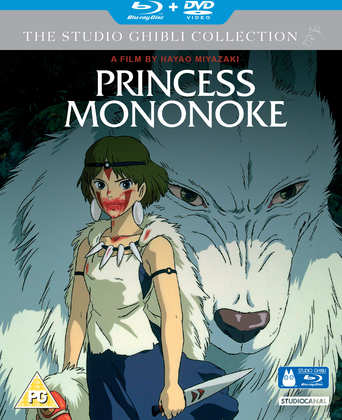 Princess Mononoke. This is my contrarian sticking point. You know how it is. There’s something out there that is critically acclaimed, is loved by the majority, touted as an exemplar of a genre or a medium, and you’re the lone dissenting voice, the guy that just doesn’t get it. With me it is Princess Mononoke. Studio Ghibli is a legendary anime studio, and every film they have released has been worthy of attention at the very least, and most of them are contenders for all-time classic status. Princess Mononoke has often been suggested as the best film that Ghibli have made. And I just don’t get it. Set in an ancient Japan, nature and the world of man come into conflict. A young prince is cursed when he defends his village from a guardian corrupted by iron. He is forced to seek out the source of this iron bullet in the hope of lifting the curse, but he finds a settlement, a community built around an ironworks that is trying to live in strength and freedom in a conflict strewn world. They seem like good people, but they suffer the assault of a feral girl in league with wolf guardians, who decry the destruction of nature and will do what it takes to stop it.

Sure, the animation is pure Ghibli excellence, and you of course have Joe Hisaishi’s soundtrack, but there’s something about Princess Mononoke that is so po-faced and earnest that I just can’t connect with the film. The characters are all static, there’s no growth or narrative motion to them, and the film lacks a sense of humour. The eco-message, common in many Ghibli films is put across with sledge-hammer subtlety here, and the Ghibli trope of strong women, apt to stand with hands on hips, belly laughing really sticks out like a sore thumb. Princess Mononoke was released in the UK on Blu-ray DVD combo by Studiocanal and it is still available today. Here’s my review. I can see that it is a great entry in the Ghibli canon, but I couldn’t for the life of me begin to explain why.