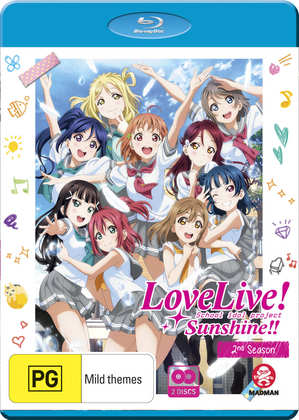 This week was a solid week of anime reviews, six in total, although two have been rolled into one for this roundup. Love Live Sunshine Season 2 was first. I had to import this one, even though the first season was released here 18 months ago by Anime Limited. Since then, their distribution deal with has Funimation ended, which leaves the second season of Love Live Sunshine up in the air, with a release date yet to be set. I got impatient, and felt the need to see the end of the story as soon as possible. Having seen the original Love Live and noted the extreme similarities to that story in Love Live Sunshine, I wasn’t expecting more than a better animated rehash, but it turns out that Love Live Sunshine manages to be quite different while staying the same. 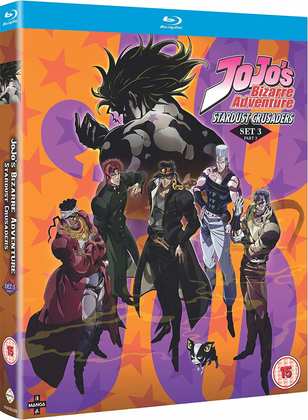 Next, Stuart McLean beat me to the end of Stardust Crusaders as he took a look at Jojo’s Bizarre Adventure Set Three. For me, Jojo’s Bizarre Adventure is a one time only deal, and I’ve been watching it on Crunchyroll. I had gotten to the midpoint of this collection, before the weight of review discs overwhelmed. So Stuart gets to find out before me how Jotaro et al manage in their quest to the Middle East. It’s the manliest anime out there, so expect their confrontation with the resurrected Dio to be suitably epic. Click on Stuart’s review to read more. 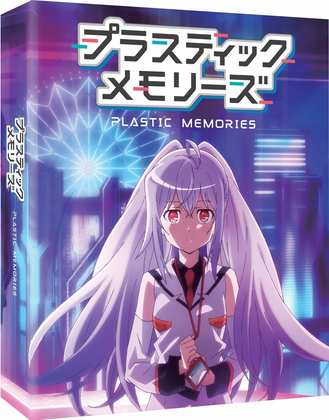 I managed to get through the whole of Plastic Memories last week, reviewing both Plastic Memories Part 1 and Plastic Memories Part 2. It’s a genre mash-up of a show, part romantic comedy, and part cyberpunk speculative fiction. It’s a world where people live side by side with life-like androids, androids with a built in 9 year life span. At the end of their lives, the company has to delicately break up families, repossessing the androids and shutting them down before they can degrade. In Plastic Memories, a new hire has to team up with a veteran android to perform this task. Although falling in love wasn’t in the user manual. 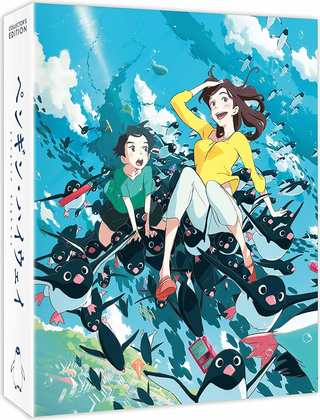 I was a lot happier with Penguin Highway, a sci-fi mystery aimed at a family audience, and quite a charming feature film. When penguins suddenly appear in a suburban town, a young boy and his first crush, a dental assistant, have to work together to figure out just where the penguins are coming from, as well as where they are disappearing to. This only scratches the surface of a much deeper mystery. Penguin Highway is one of the more quirky films I have seen recently. Click on the review to see more quirk. 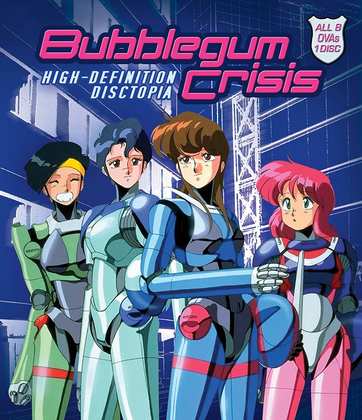 I went totally old school for my final review of the week. Bubblegum Crisis is one of the first anime I watched, although it took me several years to get all the DVD volumes. It dates from 1987, not too long after the film that inspired it, Blade Runner. A team of unlikely women with access to powerful, strength enhancing mecha armour, battle against rogue androids in eight OVA episodes. I finally got my hands on the Blu-ray version of the show, which delivers the episodes with HD quality, doing justice to the cel and paint origins of the series. Great music, great stories, and great characters make this a Blu-ray worth having, and definitely the cyberpunk show of the week. 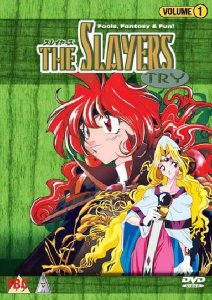 Slayers Try. Speaking of old school... The original three Slayers series are go to classics for adventure comedy. When they tried to recapture the magic with Revolution and Evolution-R, it didn’t quite work. Slayers is very much of its time, an early nineties show, and while my favourite is Slayers Next, where the comedy, and the characters arcs just came together perfectly, Slayers Try is a worthy follow up, picking up where Next left off. With the defeat of Gaav, the barrier surrounding the kingdoms is lifted, and the rest of the world becomes accessible to explorers, or it would have done, were it not for a gold dragon that recruits Lina and her friends for a quest, and they manage to sink a whole naval fleet in the process. With this kind of over the top comedy to kick things off, Slayers Try certainly manages to hold the attention, and it tells a ripping yarn as well.

MVM released Slayers Try on DVD in 2009, on four volumes, and they subsequently released the show on complete collections. You can still buy those today. Here’s my review of volume 1. The original Slayers series have had Blu-ray releases, but not in English speaking territories. You can get them from Japan, and also from Spain, but apparently they are upscales, even of shows created on film. Of course Revolution and Evolution-R have Blu-rays in the US, but those are modern computer animated shows.

Love Live Sunshine Season 2 was released on Blu-ray and DVD in Australia by Madman Entertainment in 2019. Manga Entertainment released JoJo’s Bizarre Adventure Set Three: Stardust Crusaders Part 2 on Blu-ray on the 17th of February. Plastic Memories Part 1 came out on Blu-ray on February 24th, and Plastic Memories Part 2 came out on March 2nd, both from All the Anime. All the Anime also release Penguin Highway on Blu-ray, DVD, and Collector’s Edition combo today. AnimEigo released the retail version of Bubblegum Crisis on Blu-ray in 2018 in the US.