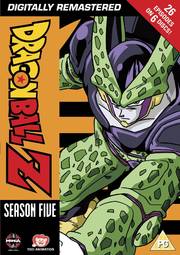 We’ve had a two months break since the last instalment of Dragon Ball Z, which reduces the intensity a little. It’s not been long enough for me to have gotten over the previous volume though. This fifth season is the shortest yet, at just 26 episodes in length. But that’s still a little daunting to someone who prefers his anime in smaller, more manageable doses. Of course none of this would matter if Dragon Ball Z was not another shonen series. I’ve just got through another 12 episodes of Bleach for that matter, and this particular genre is taking up more than its fair share of my review time. I’m also a little perverse in the way that I appreciate this genre. Not for me the epic fights and posturing characters. I prefer narrative and plot twists. But with the advent of season 4, it looks like Dragon Ball Z has actually started delivering in these areas, and with the arrival of Season 5, the story looks to get even more interesting. 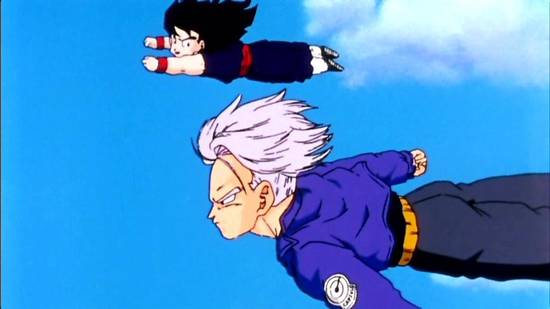 It’s been five years since the events of Dragon Ball. Goku has settled down with Chichi, and together they have a son, Gohan, the apple of their parents’ eyes. Gohan is a little timid, and spoiled by a mother who would much rather have a genius in the family than another martial artist saviour of the universe. But then the Saiyans arrived looking to destroy humanity and sell off Earth as real estate. No sooner was that battle won, than Goku wound up having to travel to the planet Namek to restore the Dragon Balls and resurrect his fallen friends. That was complicated by the advent of Frieza, the campest villain in the universe. And in the previous collection, Frieza defeated, and heroes back on Earth, a new menace appeared in the form of artificial humans created by the villainous Dr Gero. This was complicated by the arrival of a new ally, in Trunks. Trunks comes from the future, a future where the artificial humans have destroyed humanity, and he’s hoping to change this. But now that he’s in the past, history isn’t unfolding in the way that he expected. 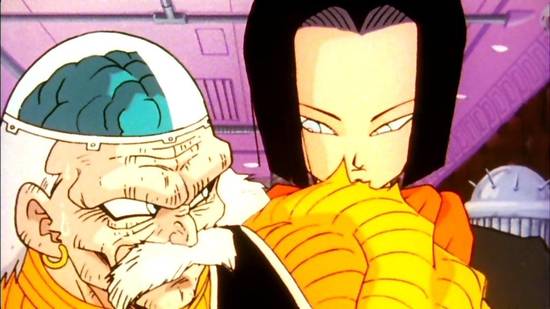 At the start of this collection of episodes, the heroes had discovered Trunks’ time machine elsewhere on the planet, older and damaged in comparison to the time machine that Trunks keeps in his possession. Investigating its condition, they realise that it comes from even further in the future than Trunks, yet appeared way back in the past. It had a different passenger, and it transpires that the world has an even more terrifying villain to deal with. The artificial human Cell has arrived, and he’s looking for the bio-energy of the world’s greatest fighters to make him even more perfect. Not even Piccolo reuniting with Kami to create a Super-Namekian may be enough to confront him. 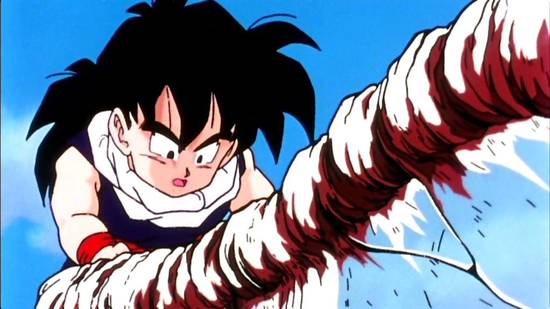 The 26 episodes of Dragon Ball Z Season 5 are collected across 6 discs from Manga Entertainment. 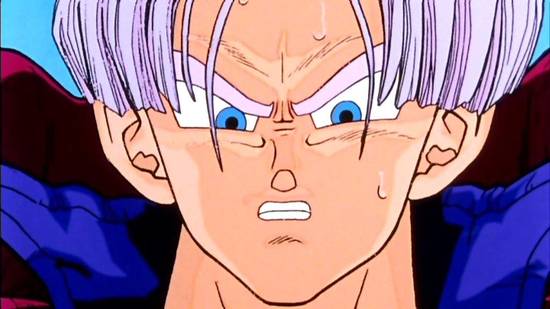 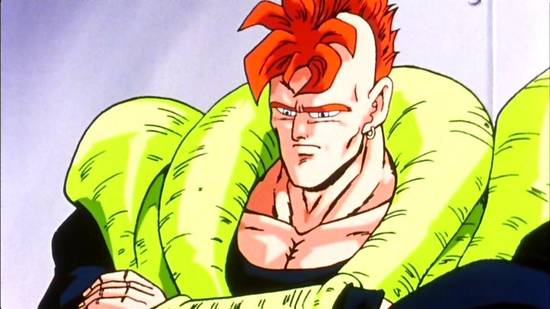 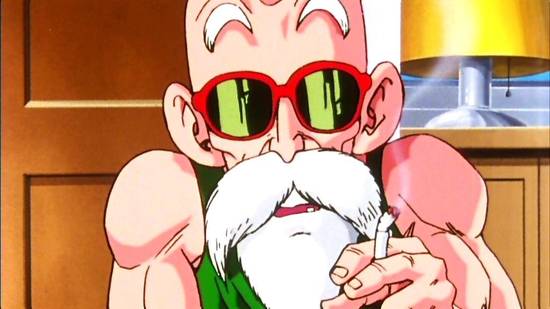 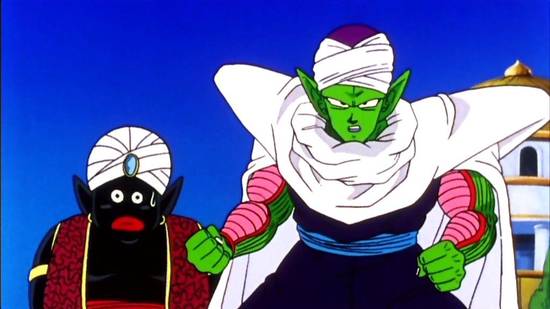 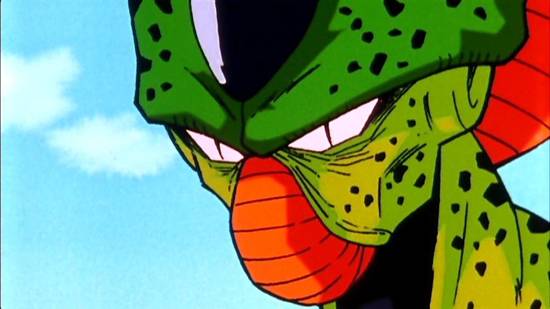 The Japanese mono soundtrack that I listened took a couple of hits this time around, with an obvious dropout 17:32 into disc 1, and with several minor dropouts in episode 142. Also, for some reason the opening theme was exceptionally muddy compared to that of the earlier volumes. Finally there was what I think are signs of injudiciously applied pitch correction. This is particularly noticeable in background music. Whenever there is supposed to be an extended, smooth note, it sounds clipped and choppy. This is more prevalent in the Japanese mono track than either of the English audio tracks, but it is present in all. 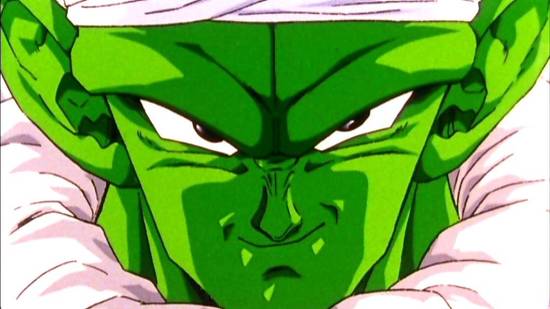 Place a disc in the player, choose Marathon Mode and you can watch the episodes through, shorn of the credit sequences and the previous episode recaps at the start of each episode. That typically turns a 2:20 disc into a 1:55 disc. That saves you a whole episode worth of pressing on the skip forward button.

You get the textless credit sequences on Disc 6, this time both US and Japanese versions are there, but these are the credit sequences from the start of the series. As you can see if you avoid Marathon mode, the animation will change to reflect the current story arc, and those versions of the credits aren’t here. 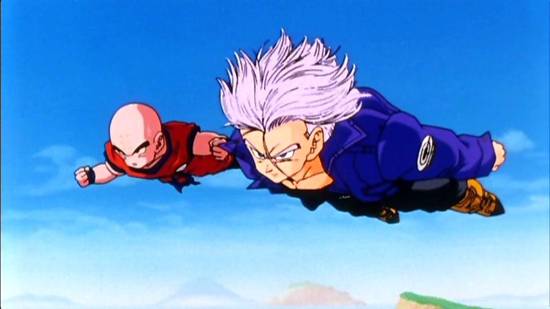 Whether Dragon Ball Z is for you boils down to your reactions to a couple of scenes in this collection of episodes. In one scene, the main villain of the piece, Cell, confronts the main hero. The main hero clearly tells him that he is no match, and that Cell could defeat him if he so wishes, but that if he waits another day, they will be more evenly matched. In another scene, the shoe is on the other foot, and Cell has taken a beating so bad that his defeat is inevitable. He then tells his opponent that if he is allowed to complete his plan for world domination, he will prove to be a far greater challenge. His opponent agrees... 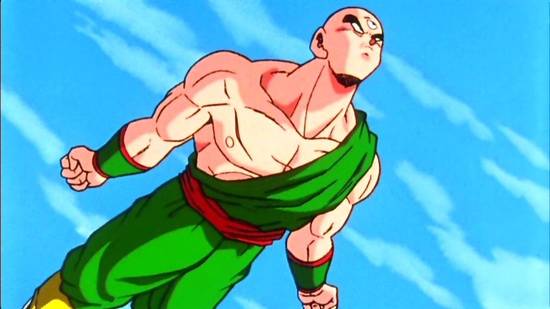 Now if your response to either of these developments is one of agreeable pleasure at the prospect of more super-powered action, then you will love Dragon Ball Z. I watched these scenes, and was swearing at the screen, calling them morons for indulging in such Dr Evil nonsense. As Shang Tsung so famously said in Mortal Kombat, “Finish Him!” Of course, in that situation Dragon Ball Z would be a far more different and shorter show. Anyway, I was painfully reminded yet again that this show just isn’t aimed at my demographic. 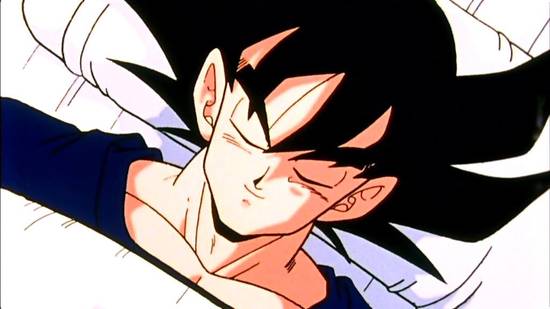 So for all Dragon Ball Z fans, I’ve spent the last 5 hours and 4 minutes, courting a suicidal depression to tell you that all 26 episodes of the Imperfect Cell and Perfect Cell Sagas are present on these discs in fair form, matching the quality of the episodes that have come before. The mono Japanese audio may not be quite up to snuff, but if you aren’t used to the cropping and DNR applied by Funimation to these releases by now, you never will be. Go ahead and buy with confidence. 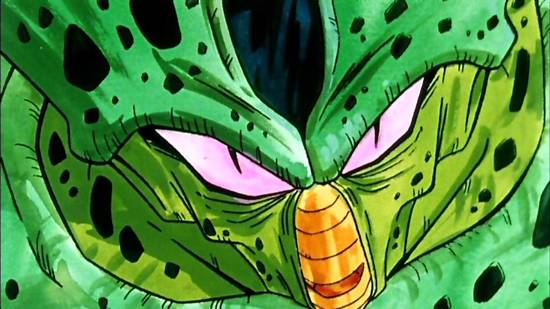 I actually thought that after the tedium of the Frieza arc, that Dragon Ball Z had caught my interest again with the Androids arc. While its base state is a series of Superman II homage, the Androids storyline did seem to mix things up a bit by throwing some Terminator into the mix. I was looking forward to see how that developed. Alas, in this season it becomes clear that it just doesn’t. Instead Dragon Ball Z throws some Alien at the story by introducing the Cell character, and the Androids take more and more of a back seat, eventually becoming little more than a plot device to move the Cell storyline forward. For me the Cell arc plays out little differently from the Frieza arc, albeit with a couple of creepy twists. 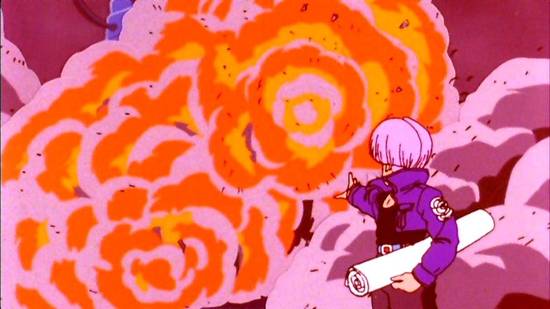 Not even Norio Wakamoto voicing Cell could raise my interest much, and as usual, with the hero of the piece spending much of his time either out of action, or deep in training, leaving the little peons to do the actual fighting, it looks like this storyline isn’t going to end any time soon. In fact, the conclusion of the Perfect Cell arc came across as the worst sort of punchline to a bad joke. 26 episodes of death, destruction, mass murder, genocide, and the imminent destruction of the Earth, and indeed the universe, and the final scene is... actually if I write it out, you probably wouldn’t believe me. 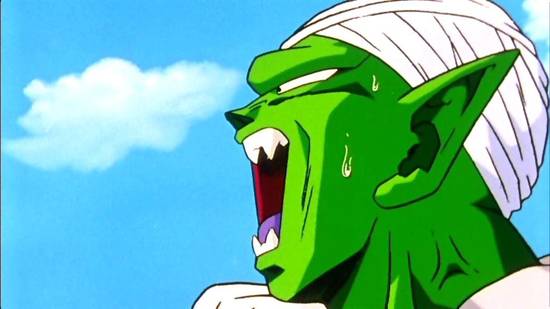 You probably think this is a weak, poorly written, pathetic excuse for a review. And you’re probably right. But don’t judge me now. Give me a year. I’ll train up, work out, sit under an ice cold waterfall up in the mountains, go battle some bears, and come back tougher and stronger, and I’ll write a review that will blow you away, and nuke half the planet in the process!