Late last week some news emerged of some major upheavals at Manga Entertainment. Indications have been apparent for some time now, with significant figures absent from the most recent podcast, and the MCM Comicon just gone by, but all became clear when it emerged that director of marketing and acquisitions Jerome Mazandarani, and product manager Andrew Hewson have left Manga Entertainment to set up a new venture, Animatsu Entertainment Ltd. More details are available in this news post at UK Anime Network.

All that’s left is speculation, but given that Jerome and Andrew were the most public, and significant figures at Manga Entertainment, and it had often been stated that as a sister company of Anchor Bay, both subsidiaries of Starz Entertainment and sharing offices, they comprised a significant majority of the staff. You have to wonder what now for Manga Entertainment? One thing is apparent. Manga has been gradually scaling back its new licenses and releases over the past year or so; we are nowhere near the glut of some eight to ten new titles a month at its peak. It’s also notable, and now understandable that there was a paucity of new license announcements at the Comicon just past.

Reviewers and fans alike have also noted a drop off in quality in Manga Entertainment releases in recent months, with more and more titles being authored in house, rather than sharing masters with international partners, and those new titles not living up to the standards of overseas releases. Personally I’m having flashbacks to 2004-2005, the last time Manga took a direction that induced an ongoing whinge in me. Whether Manga continues on its downslide, or picks itself up after these significant departures is yet to be seen.

The real speculation is about Animatsu, and given the experience of its owners, as well as the company name, it wouldn’t be much of a leap to expect anime in some form or other to form a key part of its strategy, although videogames and social media are also mentioned in the mission statement. You can look to Anime Limited for an example of what someone with industry experience can accomplish with a vision, as former Beez figure Andrew Partridge has galvanised the UK anime fanbase with his approach to releasing anime in the UK. Given the contacts and networks that Jerome Mazandarani and Andrew Hewson have established over the years at Manga Entertainment, we shouldn’t be hesitant in expecting great things from Animatsu, especially as they will no longer be beholden to the requirements of a parent company. 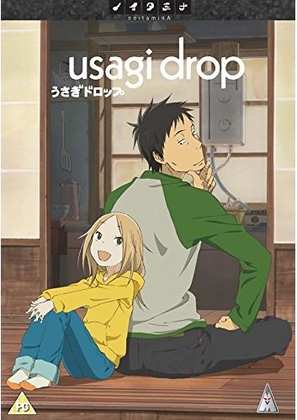 The first review of the week came from Stuart McLean who took a look at the Usagi Drop Collection, which makes its UK debut. I professed my love for this show when I reviewed the Australian release, a tale about a young professional named Daikichi who suddenly becomes the father figure to Rin, a young girl, orphaned when her father, Daikichi’s grandfather dies. I thought it was a heart-warming and genuine look at parenthood through the eyes of both parent and child, but what do I know? Stuart McLean may be a part-time reviewer, but he is a full time dad, and he examines Usagi Drop for emotional authenticity. 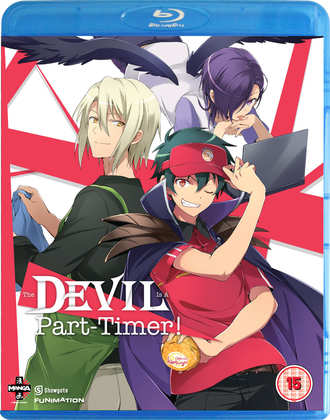 Then it was a belated look at The Devil is a Part Timer, taking us back to traditional anime comedy territory. Expect clichés and tropes, but also a fair bit of wit and originality, as this story imagines what would happen if Satan himself was cast into this world and expected to survive. It turns out that he’d get a part-time job in a fast food restaurant, trying to make enough money to resume his plans of conquest. Fortunately for all us mortals, a hero has followed him into this world to thwart him, and has got a job in a call centre to make ends meet. Click on my review to read more about this daft but fun show. 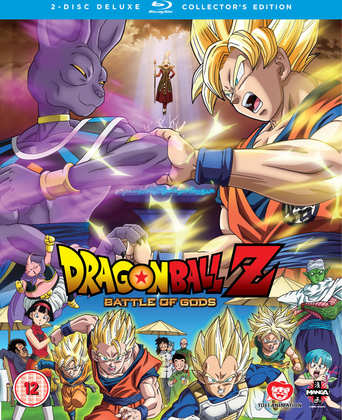 I certainly wasn’t expecting great things from the next title to come up for review, but I was pleasantly surprised by Dragon Ball Z: Battle of Gods. It’s the first feature film, indeed the first anything Dragon Ball related to be animated in 17 years, and given the direction that the franchise went in the end, especially with Dragon Ball GT, you might be forgiven for thinking that 17 years was not long enough. But the Dragon Ball Z: Battle of Gods movie retains the characters and the overpowered battles that were a trademark of the DBZ series, but also recaptures that zany sense of humour that so typified the original Dragon Ball. And without having to stretch the story over umpteen episodes, it certainly doesn’t outstay its welcome. 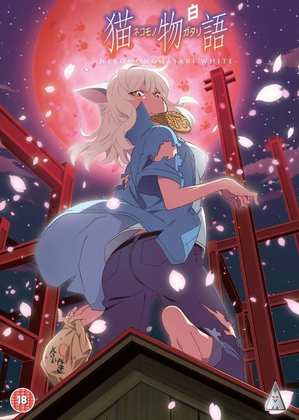 Finally it was the turn of Nekomonogatari White, the first instalment of Monogatari Season 2, itself a sequel to the Bakemonogatari and Nisemonogatari series. As Aniplex dictates, this show will be released as single volumes divided into story arcs. The first arc catches up to everyone’s favourite catgirl, Tsubasa Hanekawa, as she gets into a spot of bother with a giant talking tiger, who shows up as a spate of fires hits the town... all when Koyomi Araragi isn’t around to help. It might be a welcome return for this fan favourite show, but I wasn’t all that taken with the first instalment. Click on the review to find out why.