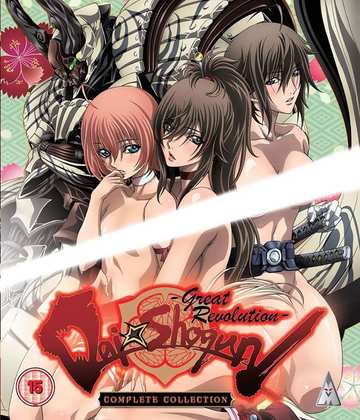 So, about my review for Dai Shogun, a.k.a. Dai Shogun Great Revolution. It’s a cliché that all mothers tell their children, “If you have nothing nice to say, say nothing at all”. So there we go... 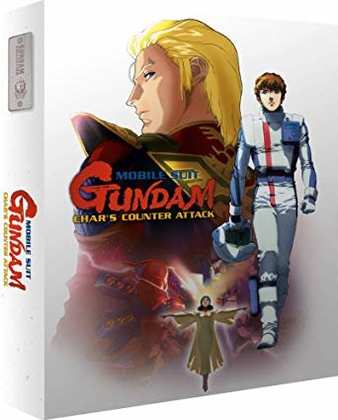 I also have very little to say about Mobile Suit Gundam Char’s Counterattack, although that’s because I’ve mostly avoided the Gundam universe up to now. I’m so out of touch with the adventures of Amuro and Char Aznable that I couldn’t tell you what the Char’s Counterattack movie is all about. That’s okay, as Stuart McLean has reviewed this feature film, and he certainly likes his vintage giant robot anime. Click on the review to see how it turns out. 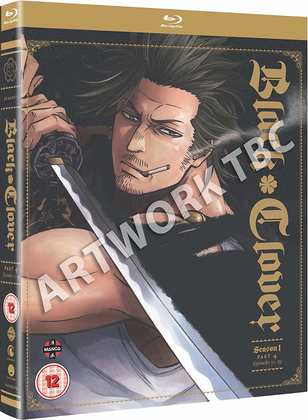 My second review of the week was for Black Clover Season One Part Four. This long running shonen show has found its pace, with each new part coming in short enough order that you can keep the story in mind, but not too fast as to overwhelm. It’s still to find that unique spark that sets it apart as something special, but I have to say I am enjoying this tale of magic, with a protagonist un-endowed with magical ability, but still determined to rise to the highest position in the land, that of the Wizard King. The last volume revealed the series’ big villains, Part 4 is the first rematch. 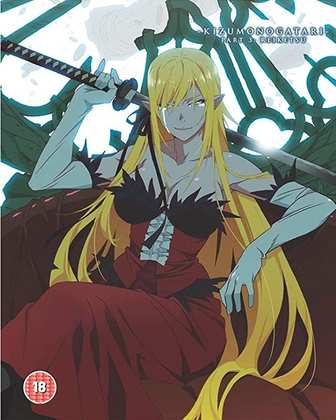 The highlight of my week however was Kizumonogatari: Reiketsu, the final film in the Kizumonogatari trilogy which fills in the backstory of the Monogatari franchise, detailing just how protagonist Koyomi Araragi first encountered the vampire Kiss-shot Acelora-orion Heart-under-blade (got to love that name!) and became a vampire himself. When we first encountered the characters in Bakemonogatari, Araragi was a recovering vampire, while Kiss-shot was a meek little girl who was now known as Shinobu. You could certainly speculate as to their first encounter, but I certainly wasn’t expecting anything as fanciful as this film trilogy, and Reiketsu is a brilliant conclusion to that story. 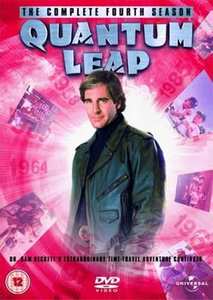 Quantum Leap. These days you can’t change a channel without tripping over a genre show, but think back to 1989. There was nothing for adults. Sure, the kids got some traction with shows like Knight Rider or Hard Time on Planet Earth or Out of This World, but for more grown up sci-fi, there were just two, Star Trek the Next Generation, and in 1989, this Quantum Leap started. I was hooked! It was a new take on The Time Tunnel, which had the protagonist Sam Beckett leaping into people’s lives in different times and places from 1953 onwards, and tasked by some unknown force to put right what once went wrong, aided by a hologram that only he could see. I loved the show, tuned in religiously each week for five years as the adventures continued all the way to that anticlimactic final episode that left millions of fans downhearted. I have fond memories of Quantum Leap from that first viewing, all the re-runs over the years, and the occasional DVD viewing, and I have made a mental note to pick up the Blu-ray release when convenient for the HD film transfer as opposed to the broadcast NTSC versions. So I was looking forward to this rewatch of Season 4.

And I’ve gone off Quantum Leap. Admittedly it’s been over five years since I last watched an episode, but people usually do their emotional maturing when they are young. The person I am today is little different from the person I was five years ago, whereas the difference between 16 and 21, when I first saw the show is like two different people. But this time, watching Quantum Leap, I was more aware of the formula than ever before, I was disappointed by how moralistic and twee it seemed, how every problem was presented as black and white. It is also cheesier than I remember. I cringe whenever Sam leaps into a woman, and when the special ‘issue’ episodes show up, I begin to feel nauseous. Maybe somewhere in the crossover from your thirties to your forties, you stop looking at the world the way you want it to be, and start seeing it the way it is, and that reflects poorly on shows like Quantum Leap. Or maybe it’s just not as good as I thought it was. Either way, for the first time, I’m actively missing out episodes on this re-watch. Here’s a review I wrote when I still thought it was the best time travel show since Doctor Who. You can still buy the show on DVD today, and as I mentioned, it’s also had a Blu-ray release since.