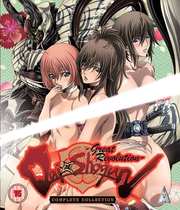 What’s the opposite of love at first sight? Whatever it is, I got it with Dai Shogun when I put the disc into the player and pressed play. To begin with, it’s not the most animated anime I have ever seen. It’s a fan service show set in an alternate Japan where the Meiji restoration never took place (incidentally, I’m currently re-watching Samurai Bride which has the same premise), and Dai Shogun is a fan service show with giant robots. And then the main character sounds like Asta from Black Clover. It’s not Gakuto Kajiwara doing the voice, an actor who has a voice acting resumé only slightly longer than mine, it’s veteran voice actor Tetsuya Kakihara, who according to the Anime News Network Encyclopaedia has been in practically every anime ever made. Notable roles include Natsu in Fairy Tail, Amaimon in Blue Exorcist, Cain Fury in Fullmetal Alchemist Brotherhood, and Simon in Gurren Lagann. He made a creative choice to sound like Asta from Black Clover. I can’t stand Asta in Black Clover; it’s a performance that forces me to watch that show in English. There is no English dub for Dai Shogun. You can tell already where this review is going... 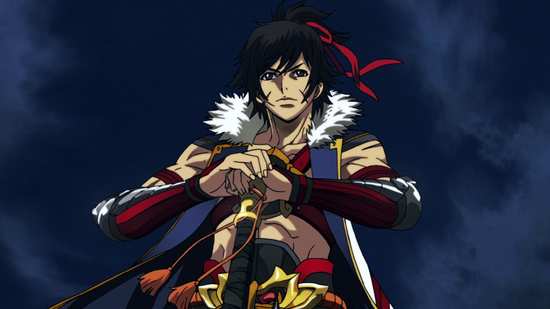 Keiichiro is the leader of a gang and has just become the biggest boss in Nagasaki, although the lack of credible opposition has left him antsy. It’s 1875, and Japan’s technology, the Steam Puppets (giant robots) has meant that the Tokugawa Shogunate has repelled the Black Ships of Admiral Perry, and Japan remains strong and isolated. While Keiichiro has a lot of success as a gang leader, he’s less lucky with women, suffering from an allergic reaction in their presence. He learns this is down to a curse when he meets Kiriko Hitoribe, a busty ninja who announces that Keiichiro is the heir to the Shogunate, and that now that the Shogun has passed, it’s time for him to travel to Edo to ascend the throne. The proof of this is in the Onigami Susanoo, a very special Steam Puppet that only the Tokugawa heir can pilot, and then only if he’s a virgin, hence the curse. Actually he needs another female virgin to act as co-pilot, but that’s another matter. All of this may be moot, as there are forces out there that don’t want Keiichiro to claim the throne, and they have the ninja and giant robots to stop him. 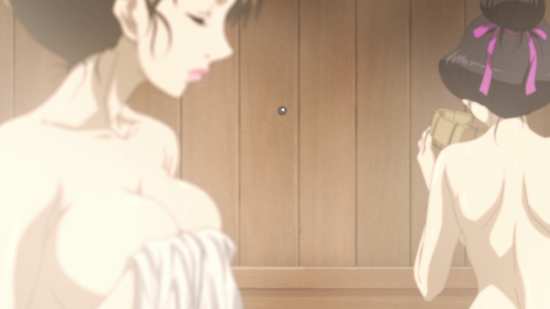 12 episodes of Dai Shogun Great Revolution are presented on 1 Blu-ray disc from MVM.

1. Succession Strife, Keiichiro Appears!
2. The Alluring Red-Light District and the Alluring Chiharu!
3. The Sex Witch Houkouin Strikes
4. Susanoo Hijacked! The Vicious Asai Hyogo!
5. Later Summer in Nagasaki, on the Night the Lanterns Float
6. Shigeyoshi of the Rebellion, The Bloody Surrender of Edo Castle!
7. Ninja of Passion, The Bloody Shinsengumi!
8. Dejima at Dawn, The Greatest Fist in Japan!
9. Cherry Blossom Baths Love Stories
10. After the Rampage, the Two Make Their Decision
11. Led by the Onigami to Share Our Fate!
12. Break the Thunderclouds, Heavenly Thunder God Susanoo 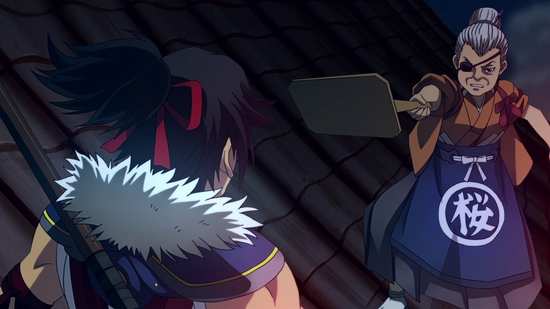 Dai Shogun gets a 1.78:1 widescreen 1080p transfer, and it is to all intents and purposes flawless. The same can’t be said for the show however. It is the least animated anime I have ever seen. Think of it as a motion comic, Captain Pugwash with samurai, ninja, pseudo lens flare and fan service. It’s all static images with paper puppet motion, a little bit of CGI for the giant steam robot fights and to make boobies bounce, and some lip flaps. You might have expected it 40 years ago from a low budget show with an insane schedule, and even then only in the last few episodes, but for the whole series!? It would be completely unwatchable were it not that the comic book art itself is of decent quality.

The screencaps in this review are about as animated as this show gets. 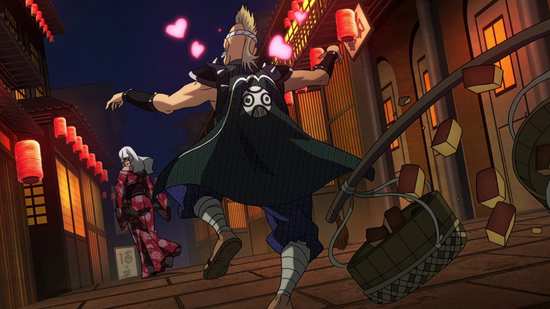 This is a subtitle only release, with the audio in DTS-HD MA 2.0 Stereo Japanese. The subtitles are locked, and free of typos. As mentioned, the main character has the kind of voice that can peel onions at 100 paces, so I wasn’t inclined to listen too closely to see how the show handles action, or how fitting the music was. 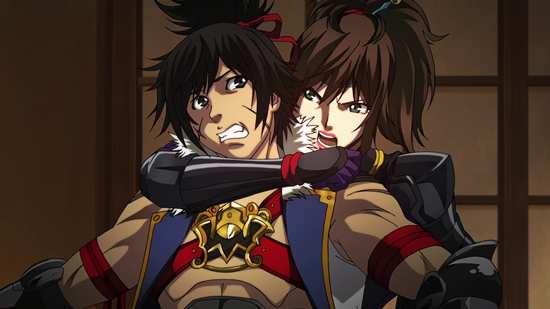 The disc boots to a static menu, and each episode is followed by a translated English credit reel.

You get the textless credits and trailers for Blade and Soul, DRAMAtical Murder, Argevollen, and Aura. 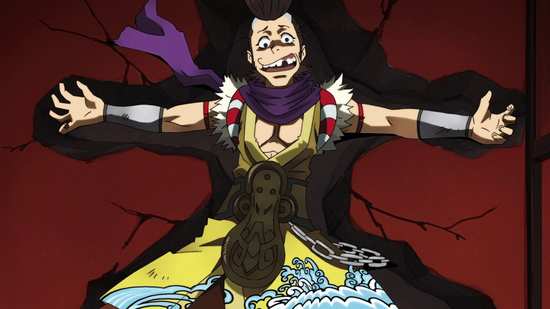 As a reviewer you look forward to the good and the bad, but dread the bland. You can praise the good, and you can relish ripping into the bad, but finding the words to describe the bland can be torture. It’s been a long, long time since I’ve had something like Dai Shogun to review. It’s both abysmal and bland. It takes awfulness to a new level in its production values, and then does nothing with it. And I really have very little to say about it. I’ll give it a try though. 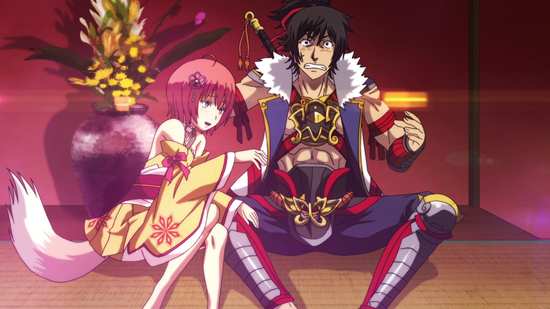 It looks god-awful. No expense has been spent on its production. They’ve got the key frame animation, but the money must have run out for the inbetweening work, so they put the key frames through an effects package to get the lips to flap, the boobs to bounce, and the butts to twerk, and stuck a load of lens flare on the front in the hope that no one will notice. It’s not an anime. It’s a 12 episode long picture book. 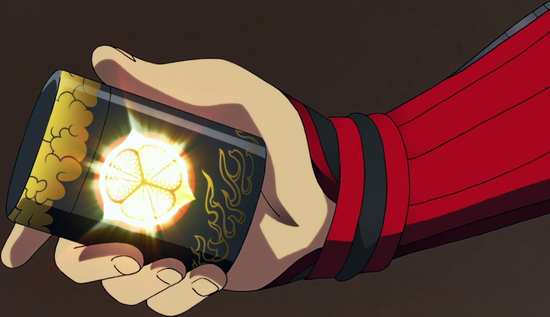 And with these production values they’ve created a harem comedy/giant robot show, with a whole lot of historical references thrown in. An alternate history where Japan fended off Admiral Perry’s black ships with giant steam powered robots sounds interesting enough, but don’t expect any stellar execution here. 20 years later, the Shogun has passed and the country is in turmoil, and a booby ninja comes looking for the heir. The illegitimate son of the Shogun is in Nagasaki, a gang leader who wants to get laid, if only he weren’t allergic to women. When he’s not throwing his weight around, he works at a local bathhouse. The booby ninja Kiriko shows up, expecting him to be able to pilot the legendary Onigami robot and take his place as Japan’s ruler. 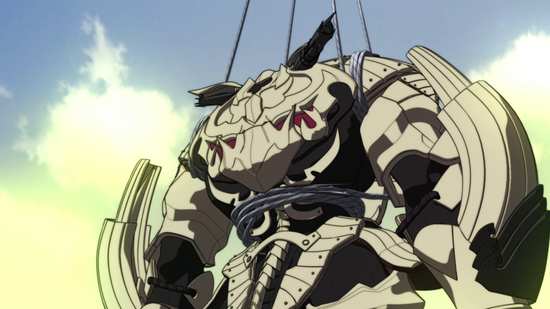 Except there’s another guy, Shigeyoshi with another Onigami, and three gender-swapped, booby Shinsengumi giant robot pilots at his beck and call, and a booby ninja of his own. And he wants Japan to fall into darkness and turmoil for... reasons. Basically it’s a harem comedy with regular giant robot fighting action. I use the term action as loosely as possible in a show as static as this one. 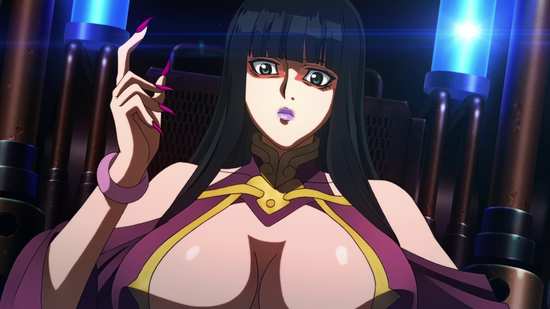 I’d say that I’d want my five hours back wasted watching this show, but four of those five hours were the best sleep I’ve gotten in ages. The cheek of it is, Dai Shogun ends with a promise/threat of a second season!

Haha! Giant robots and gratuitous and pointless sexiness? I'm guessing you're not the target demographic for this Jitendar. :)
posted by Stuart McLean on 9/9/2019 14:55