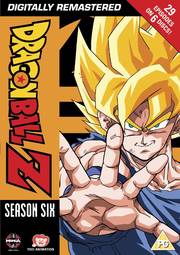 Shonen as an anime genre can be exceedingly daft. It’s adherence to certain storytelling tropes requires its characters on occasions to do some things which are utterly stupid, but which for fans in the know make perfect sense, as that is how these stories are told. They are the modern equivalents of myths and legends, back when heroes were laid low by arrows to the heel, or haircuts. Take Dragon Ball Z for instance. In the previous season they introduced the toughest villain yet in Cell, an artificial human from the future who had come back in time, to absorb the power of his enemies and by doing so become the most powerful warrior in the universe. In his rampage he wiped out whole cities, and through some of those daft character moments that I’ve mentioned, was allowed to succeed in his goal. He then assumed so much power, so much strength, that if he were to simply break wind, he’d blow away entire galaxies. At the end of Season 5, it looked inevitable that he would destroy the world, and kill everyone in his path, just through sheer force of bad personality. And then at the last minute, he changes his mind to have a fighting tournament instead. For Dragon Ball fans, this makes perfect sense. For a reviewer like me, looking in from the outside of the franchise, I wind up head-desking myself into insensibility. Anyway, that’s where the situation stands as we begin Dragon Ball Z Season 6. 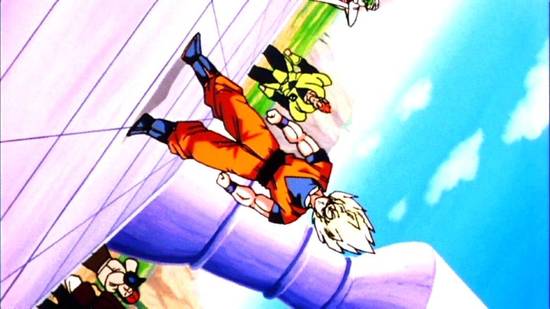 It’s been five years since the events of Dragon Ball. Goku has settled down with Chichi, and together they have a son, Gohan, the apple of their parents’ eyes. Gohan is a little timid, and spoiled by a mother who would much rather have a genius in the family than another martial artist saviour of the universe. But then the Saiyans arrived looking to destroy humanity and sell off Earth as real estate. No sooner was that battle won, than Goku wound up having to travel to the planet Namek to restore the Dragon Balls and resurrect his fallen friends. That was complicated by the advent of Frieza, the campest villain in the universe. And in the previous collections, with Frieza defeated, and the heroes back on Earth, a new menace appeared in the form of artificial humans created by the villainous Dr Gero. This was complicated by the arrival of a new ally in Trunks. Trunks comes from the future, a future where the artificial humans have destroyed humanity, and he’s hoping to change this. But now that he’s in the past, history isn’t unfolding in the way that he expected; especially when another artificial human shows up from the future, a being named Cell that absorbs the powers of others to make him the ultimate warrior. 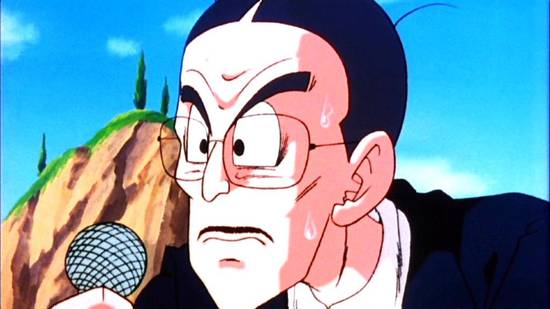 At the start of this collection of episodes, Cell has achieved his goal and become the ultimate warrior, so powerful that not even Trunks, who has surpassed the Super Saiyan level can defeat him. Just when it looks like curtains for the world, Cell changes his mind, and instead announces that he will hold an ultimate fighting tournament, just like in the old days, where any fighter will be able to challenge him. He also gives Trunks enough time to train up and become even stronger. If Cell is defeated, the world will be saved, but if Cell defeats all challengers, the world will not be far behind. Worse, it seems as if Cell has changed the rules for this Tenkaichi Tournament; this time the battles will be to the death. 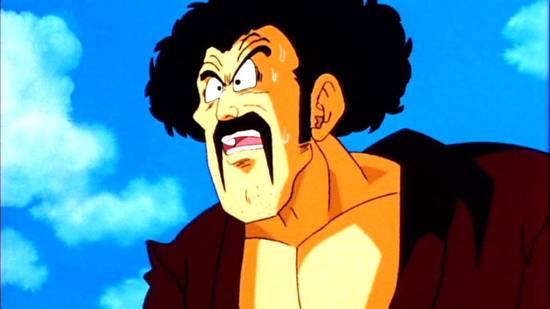 The 29 episodes of Dragon Ball Z Season 6 are collected across 6 discs from Manga Entertainment. 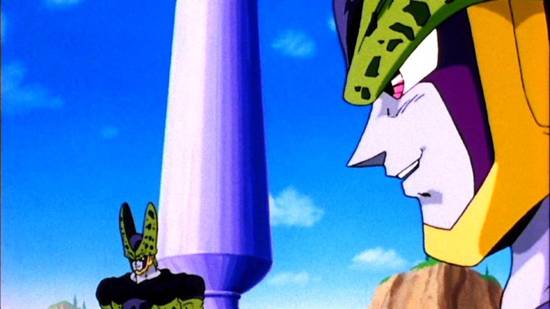 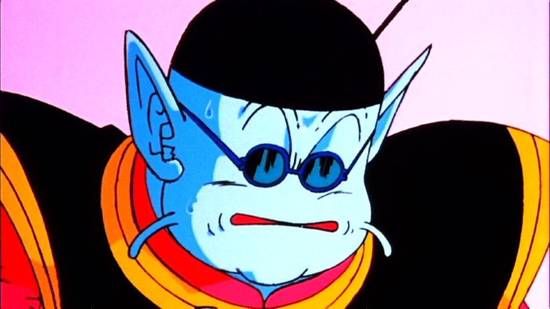 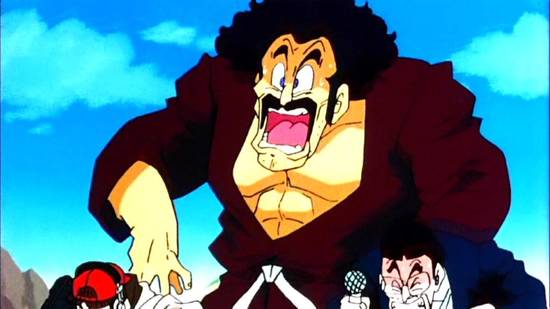 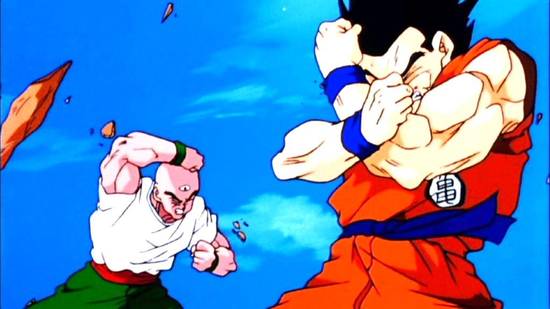 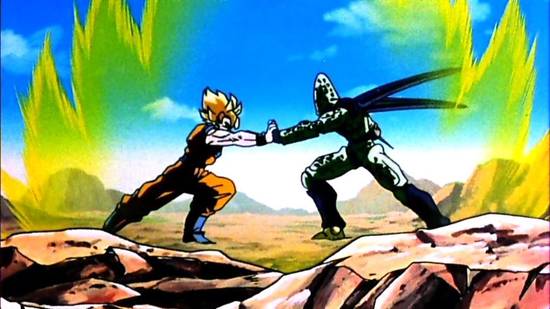 For some reason the opening theme in the Japanese audio was exceptionally muddy compared to that of the earlier volumes. Finally there was what I think are signs of injudiciously applied pitch correction. This is particularly noticeable in background music. Whenever there is supposed to be an extended, smooth note, it sounds clipped and choppy. This is more prevalent in the Japanese mono track than either of the English audio tracks, but it is present in all. 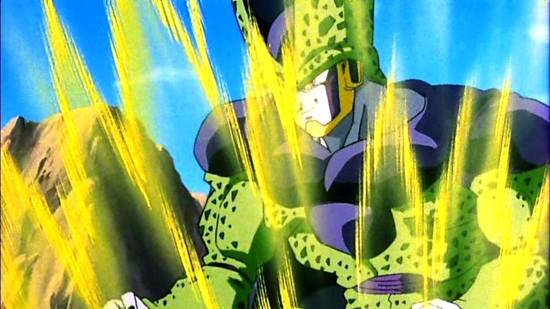 Once again, the extras amount to marathon mode for the episodes, which plays them through without credit sequences or last episode recaps. On disc 6, you’ll find the textless credit sequences, and that’s your lot. 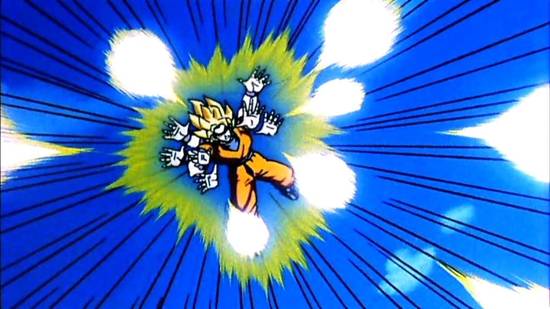 I feel for Vegeta, I really do. He’s the guy who gets his butt whooped at the local arcade on Streetfighter II, so he spends the next six months practising like hell, playing every single character, nailing every single special move, and unlocking all the game’s secrets, but when it comes to the rematch, he finds that his opponent is now playing Tekken. Every time he reaches a new level of fighting attainment in Dragon Ball Z, he learns that his rival has already surpassed him. At one point in this collection of episodes, he swears off fighting altogether, just gives up. You know, I can’t blame him either. 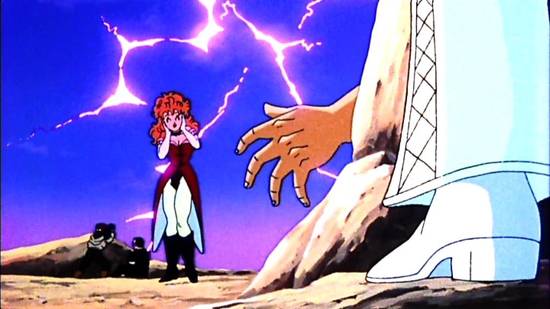 I’ve read many an opinion, noted on many websites, that people consider the Cell Games as to be the best of Dragon Ball Z. I couldn’t see how that could be, given how this arc comes into being, just how ridiculous its conception is, but given how I approach the shonen genre in general, and how I’ve been finding Dragon Ball Z so far, there’s a part of me that hoped that this would be the case. I desperately want to be interested in Dragon Ball Z once more, motivated to keep watching and reviewing it. It turns out that these nameless Internet minions are quite right. The Cell Games are indeed the best of Dragon Ball Z so far, although given that it’s another round of fighting in a show all about fighting, levelling up, posturing, yelling out special moves, and succeeding through superior willpower, it did come as a surprise to me. 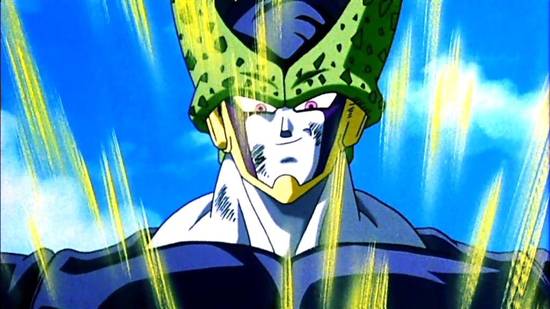 There are two things going in The Cell Games favour. The first is the pacing. Even with the recaps, flashbacks, and standing around talking about the latest fight development, and the shocked and awed gasps of bewilderment at the powers being wielded, The Cell Games action is brisk and paced well, never once getting tiring, and quite free of the usual anime devices used to stretch these things out. That the action takes place on Earth, that the first nine episodes are used to actually build up to the fight allows for more than one character perspective on events, and none of the story seems contrived or out of place. There are even a couple of episodes in the first nine which pull away from the Cell arena to tell a couple of side stories, and they prove to be very useful and entertaining distractions. 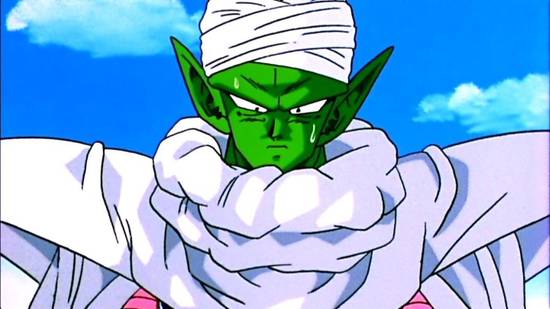 The second thing boils down to Satan. Not that one. In the Cell Games, Satan is the ultimate fighting champion of the world, a martial artist extraordinaire, and media darling. When Cell announces his games and lays down his challenges, Satan sees the chance to get some more press coverage, and believing that Cell’s powers are all a result of special effects, he expects that he will prevail in the real world. He shows up at the arena, complete with camera crew, announcer and his team, all ready to make some column inches, only for the bottom to fall out of his world when he sees that Cell is for real. Fortunately for his wellbeing, Goku and the others show up to take Cell on, at which point the correspondent decides to keep Satan around as a resource to comment on the fight that will take place. 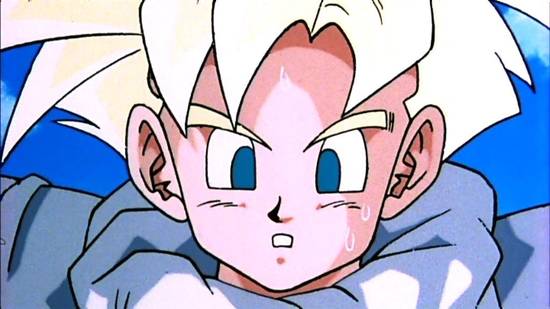 The Cell Games thus really excels in mixing action and comedy, as just when you think that the fighting might be tending towards the tedious, the camera will switch to Satan for his view on the latest special move just dealt by one of the warriors, and he has to explain it in his media-savvy worldview. His incredulity matches mine when faced with such shonen excesses. 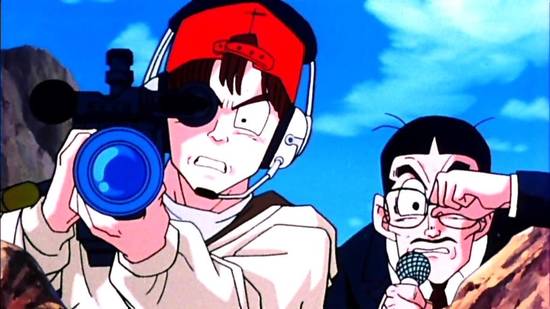 This really is a battle of the supermen, and once again I’m reminded of the movies. This season of Dragon Ball Z also appears to be a passing of the torch, and I swear at one point I could hear Jor-el’s voice, “The son becomes the father, and the father the son.” Of course Dragon Ball isn’t shy when it comes to homage, and we seem to be heading in a Star Wars direction as this season comes to a close, with a ghostly voice reaching out from the afterlife, “Let go of your rage Gohan, let the Kamahameha flow through you.” The final episode has Trunks going Back to the Future, and stopping the previous two seasons from happening before they could ever get started. This is time travel logic that may make your nose bleed, and it’s best to not worry about it and just enjoy it. 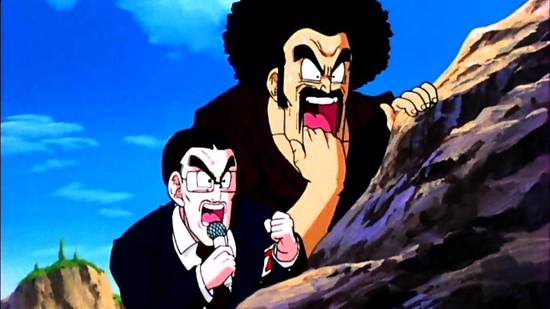 This season of Dragon Ball Z isn’t perfect. There’s one resurrection for Cell too many in my opinion, and at that point I did start looking at my watch. But that was the only point that I did, and given that during the Frieza arc, I spent more time watching the clock than I did the show, that is saying something. Season 6 of Dragon Ball Z is the best yet, and fans of the show will be very happy with this collection.