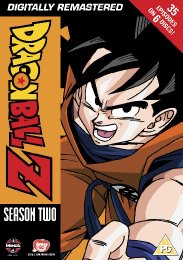 You can bet that Dragon Ball Z is finally here when volume 2 shows up for review. As long running anime has shown in the past, with shows like Voltron, Inuyasha and Initial D, one volume is just a toe in the water, a bit of wishful thinking. You shouldn’t start counting your chickens until you hold the second volume in your hand. I quite warmed to Dragon Ball Z when I had a look at the first 39 episodes, and could see that the show has quite the nostalgia potential. But it’s been barely six weeks and already the second volume demands a review. With a show as long running as this, I would hope for a little breathing room between volumes, a month or two to get distracted by something else for a change. Not with Dragon Ball Z, and Manga have decided to steamroller through the series, releasing at a pace of one volume every six weeks. That’s a constant diet of Dragon Ball, at an episode a day. Don’t be surprised if you see my initial fascination turn to ‘taking it for granted’ and even tedium. I just hope excessive familiarity doesn’t breed contempt. Just be glad that you can watch it at your own pace. 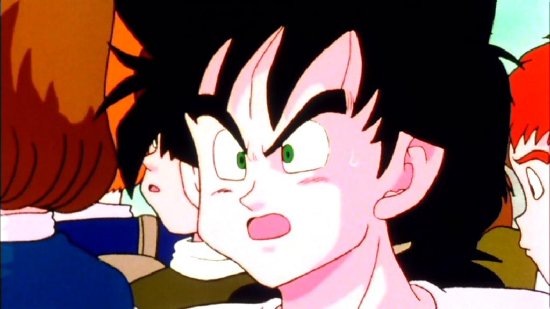 It’s been five years since the events of Dragon Ball. Goku has settled down with Chichi, and together they have a son, Gohan, the apple of their parents’ eyes. Gohan is a little timid, and spoiled by a mother who would much rather have a genius in the family than another martial artist saviour of the universe. Not that there is much saving to be done. The world is at peace, and even Piccolo’s behaving himself. In Season 1, that peace was shattered when aliens arrived, Saiyans looking to destroy humanity and sell off the Earth as real estate. After a whole lot of training, and no little death and destruction, Goku and his friends managed to defeat Vegeta and his allies, and save the Earth. But the price they paid was far more than they expected. Many of Goku’s friends fell in the battle, and former enemy turned ally Piccolo died as well. That meant that Kami died too, and with him the Dragon Balls that would have brought them all back. At the start of season 2, as Goku lies healing in hospital, the survivors learn that there is one chance to restore the Dragon Balls and revive their fallen friends. It turns out that Kami and Piccolo are aliens, Namek aliens to be exact, and there’s a chance that there are Dragon Balls on this distant planet. As we join the series, Bulma, Gohan and Kuririn are on a space ship heading across the galaxy. But at the same time, Vegeta is nursing his wounds and plotting his revenge, and it turns out that there is an even greater danger out there. 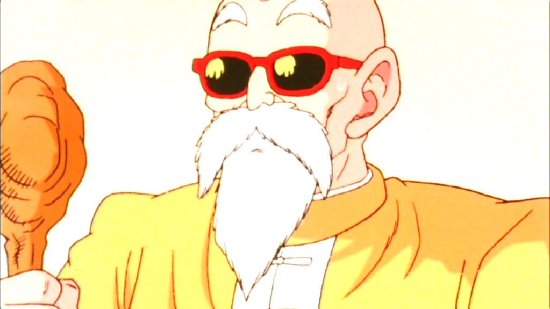 The 35 episodes of Dragon Ball Z Season 2 are collected across 6 discs from Manga Entertainment. 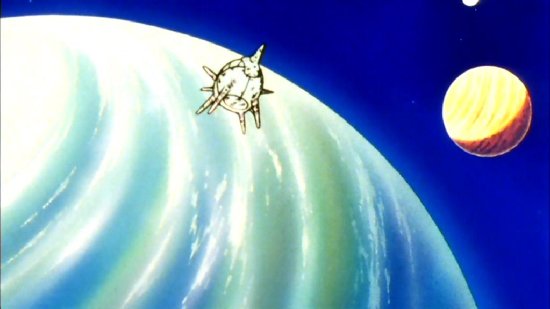 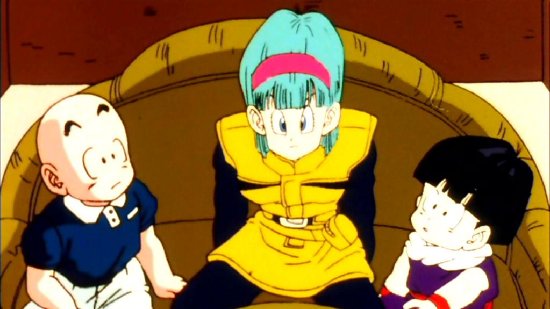 I have to say though that in these episodes, the cropping of the 4:3 image is a lot more obvious in certain scenes, with characters losing half of their heads on repeated occasions. 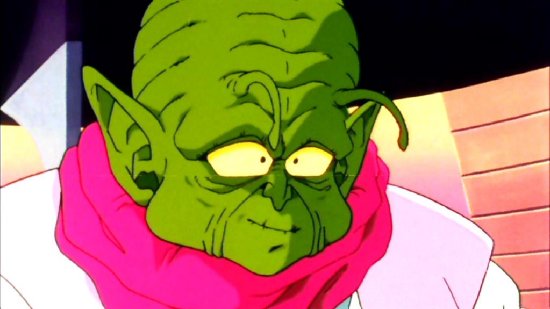 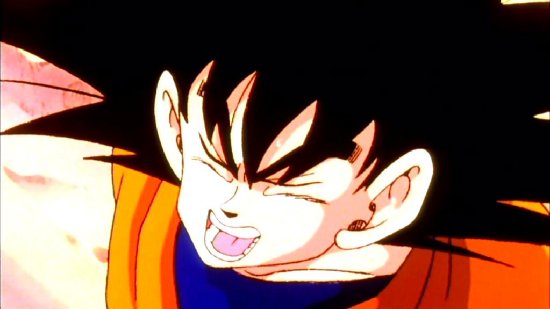 Each disc gets a static menu screen, with a jacket picture for when the disc is at rest in some players. You’ll also find if you select the Japanese audio stream and English subs, the Japanese titles for the episodes courtesy of voiceover guy are different, longer and filled with spoilers.

Disc 6 has the Madman logo at the front end, instead of the Manga logo, and it also has the sole extras in the collection, the Japanese versions of the opening and closing credits without text. 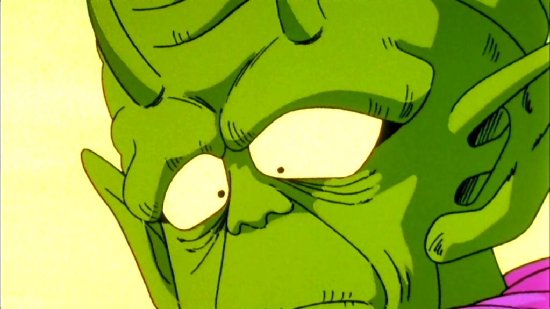 A long running shonen action show has to be something pretty special to interest me, it has to mix it up a bit, offer something different, and above all entertain me. Dragon Ball Z on the other hand is the mother of all shonen action shows; it sets the benchmark against which all other shows that came after it were measured. It also means that far from being something special at this point in time, it’s really the lowest common denominator. I come to this show after some ten years of watching all sorts of anime on DVD. It’s not going to do anything for me at this point. I really should have watched it along with everyone else the first time around and then at least I would have the nostalgia to hang on to. 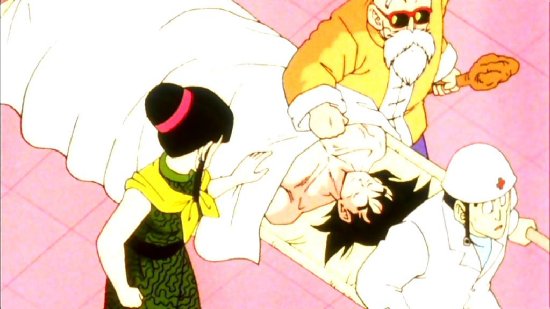 For this is the point in my Dragon Ball Z watching that the tedium really struck home. Given that this is only the second collection of episodes, it’s a little early for a reviewer to be jaded so, but suffice it to say that I was already skipping the credit sequences, and fast forwarding past the previous episode recaps (no convenient chaptering here). If there is a problem with any of the discs during these 5 or so minutes per episode, I won’t know about it. 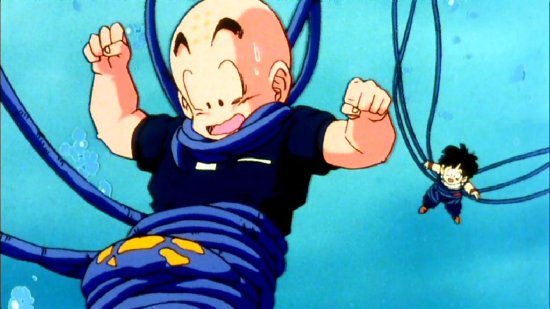 The beginning of these thirty five episodes is entertaining, with a good deal of the comedy that makes Dragon Ball Z so appealing, and the end of the run of episodes also adds to the entertainment, with extra excitement as the showdown between the various factions comes to a head. It’s just that the middle of the run is all about stretching out the story as far as they can, with the usual clichés of flashbacks, recaps, and lots of standing around ponderously gasping incredulously at each other’s power. This is the volume where ten minutes of story time gets stretched into four episodes and more of screen time. This is the master class that Bleach attended. 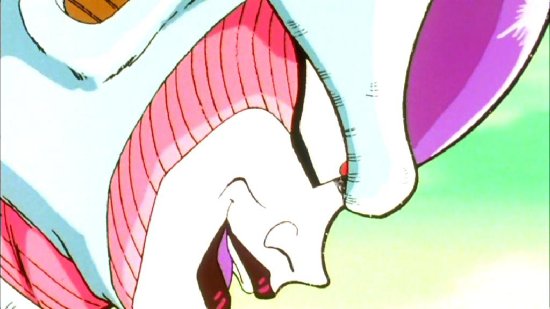 For 35 episodes of animation, the story is painfully simple. After the battle with Vegeta, most of Goku’s allies are dead, and to bring them back to life, they need the Dragon Balls. Unfortunately as Kami was one of those who died, there aren’t any Dragon Balls on Earth. The solution is to go to Kami’s home planet of Namek, and find some Dragon Balls there. That’s where Bulma, Gohan and Kuririn go, leaving Goku behind in hospital to recuperate. After a long and diverting trip, they arrive on the planet to learn that they aren’t the only ones after the Dragon Balls. Vegeta learned of the Dragon Balls on Earth and has decided to wish for immortality. Soon he comes to Namek to achieve that goal. Meanwhile his boss Frieza is apparently the toughest villain in the universe, and he learns of the Dragon Balls too. Pity the poor people of Namek, who keep being annihilated as the villains search for the Dragon Balls, while stabbing each other in the back. And what looked like an easy mission for Gohan and his friends turns into a battle to stay alive long enough for Goku to recuperate and join them on the planet. Then there is the Grand Elder, who created the Dragon Balls, who’s dying of old age. If he dies before they can make their wish, the Dragon Balls will vanish and all will be lost... Stretch one paragraph into 35 episodes. 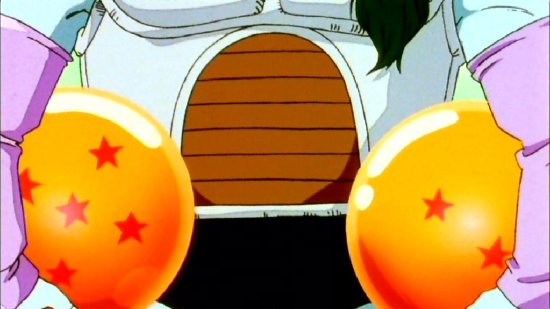 Remember season 1, where dead Goku spent most of the series running along the back of a giant snake, while everyone else trained to defeat Vegeta and the Saiyans. Well this time around, Piccolo, Yamcha, Tenshinhan and Chaozu are dead, and busy training in heaven and Goku spends most of the run training on a spaceship, while Gohan, Bulma and Kuririn do the heavy lifting. For the middle twenty or so episodes, my challenge was just to keep my eyes open. 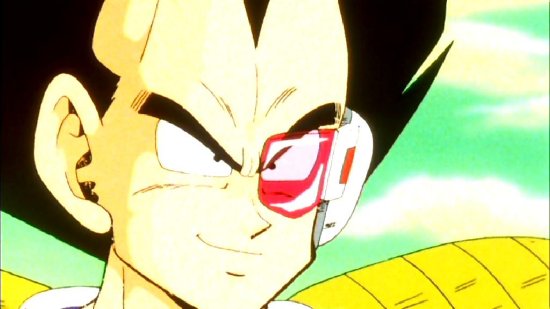 But, if Dragon Ball Z has one saving grace at this point, it’s that it delivers the campest villains in anime history, with pink Frieza and his purple lipstick hard to take seriously, while his elite Ginyu Corps of warriors spend more time thinking up cool poses for themselves than they actually do fighting. 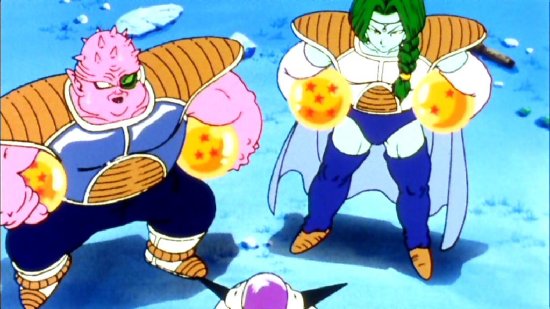 The start of the run entertains, as they set the story up, and invest the show with a lot of the comedy in the run. The conclusion of this collection of episodes works as the pace speeds up, the action hots up, and more importantly the star of the show Goku actually gets to Namek and makes an impact. The rest of it is just stretched out posturing. Dragon Ball Z is best appreciated by established fans. Fortunately it appears that such fans are sufficient in number to ensure the show’s success, even after all this time.

It's quite a shame we couldn't have got Dragonball Kai in DVD here instead, really.

Aside from the fact that Kai omits the final arc, there's little reason for Z to exist any more. Kai tells the exact same story in a much more bearably-abridged version. Almost all of the time-wasting is cut out completely.

As someone who grew up with DBZ on Cartoon Network, nostalgia is a bit of a factor here, but that still doesn't make me blind to the series flaws, by any means. Granted, they needed to stay behind the manga, but at times the series is so painfully slow and uneventful that it's inexcusably unfunny.

Even with Kai's fixed pacing, it's by no means a masterpiece and certainly hasn't aged as well as some might think, but it's certainly much easier to enjoy it at face value.