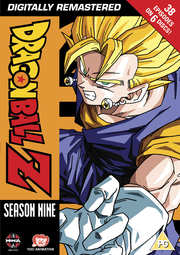 Finally, finally we come to the end of Dragon Ball Z. This is the 9th and concluding instalment of the series on DVD, as it completes its UK debut. And I can finally say that I am done with Dragon Ball. It is a seminal series, the formative introduction to the medium for many an anime fan, and for that reason alone, I wanted to partake of it, to see just what all the fuss is about. But let’s face it, 300-ish episodes of vintage shonen anime as seen through the eyes of a fan of modern anime will soon reach a point of oversaturation. UK fans are already clamouring for more Dragon Ball, they want the original series, they want Dragon Ball GT, they want the movies, they want the re-edited Dragon Ball Kai, and they want Dragon Ball Z on Blu-ray, all of which have been or are being released in the US and beyond. Honestly, if I never see another episode of Dragon Ball again, it will be too soon, especially as the last boxset and this have brought to us the George Dawes saga, I mean Majin Buu saga. But who knows? Collection 9 may just be the turn of events that makes me re-evaluate the whole series, makes me see it in the same light as its legions of fans, convinces me that more Dragon Ball in the UK might just be a good idea... 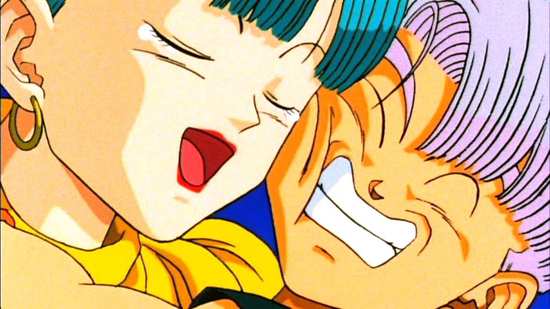 When last we left the Dragon Ball Z saga, the giant baby Majin Buu had appeared, dread threat to the universe, and had proceeded in battering our heroes into submission, and then went on a rampage wiping out 80% of the world’s population, razing whole cities. Which is okay as we all know, because the reset button known as the Dragon Balls will bring everyone back to life, as long as Buu is eventually defeated. To that end, dead Goku had taken his son Gohan into the next world to get his powers amplified by an aging pervert god, while on Earth, his other son Goten and Vegeta’s son Trunks were being trained by Piccolo in the Fusion technique to amplify their powers and stand up against Majin Buu. But hope came from an unlikely source, when none other than Satan befriended Majin Buu, and proceeded to teach him all about humanity, mercy, pacifism, all that bleeding heart liberal crap. But then Dick Cheney appeared with his shotgun, hunting cute widdle puppies. 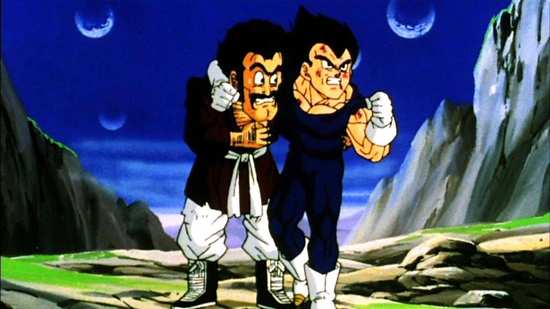 Far more episodes of Dragon Ball Z than I can bear are presented across six discs by Manga Entertainment. 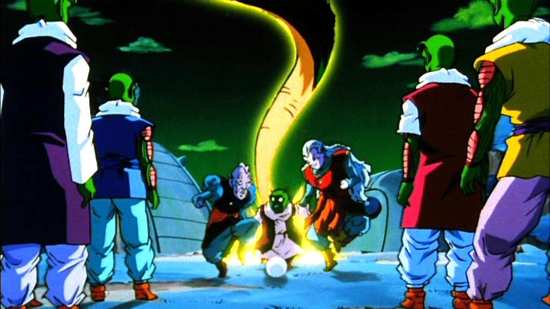 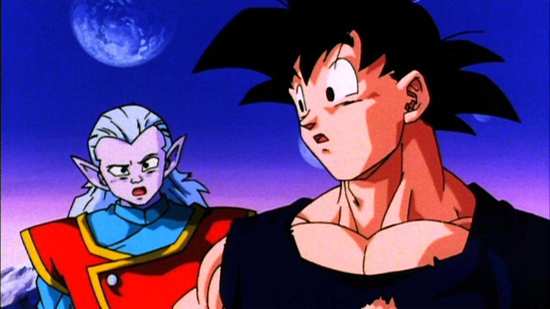 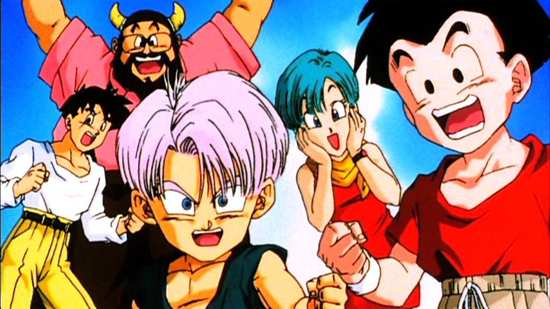 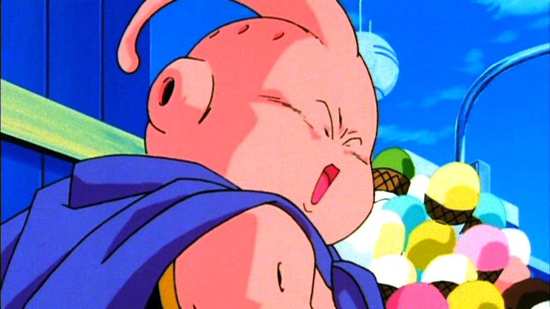 Finally, and really quite appealing is the DD 5.1 option, which has the Funimation dub, but also has the original Japanese music score to the episodes. I gave this a quick spin, and found that the surround audio does a fair bit in giving the show some space, while the stereo track isn’t too far behind it in terms of clarity. Both of these tracks blow the Japanese track out of the water in technical terms. The dub itself is pretty agreeable, what I sampled of it, and it’s a lot looser and free flowing than what I am used to. It’s also not absolutely faithful to the original script, which makes for some interesting differences.

A couple of small issues were a gibberish subtitle in episode 274 and a brief sound drop at 1:43:41 in to Disc 4 in the Japanese audio alone. 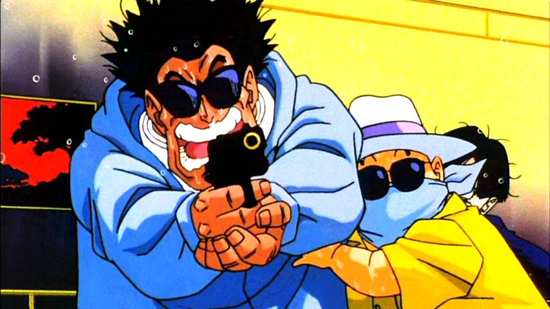 One final time, the extras amount to marathon mode for the episodes, which plays them through without credit sequences or last episode recaps. On disc 6, you’ll find the textless credit sequences, and that’s your lot. 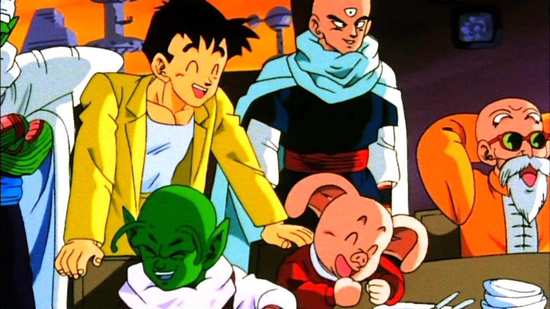 Everybody dies! Everybody comes back to life! Mr Satan saves the world! And they all live happily ever after... That’s not much of a spoiler when shonen anime convention requires that the episode titles describe what occurs within. Read all of the English episode titles for Dragon Ball Z and you know the whole story. Read all of the Japanese language titles, and you get all of the plot twists as well. You may as well not watch the show at all. 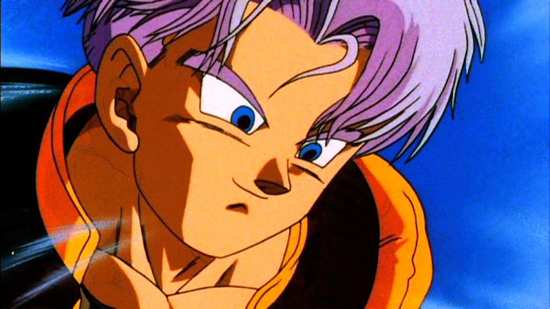 I was all prepared to rip into this final collection of Dragon Ball Z episodes. After all, it is the collection of the Majin Buu arc, perhaps the dumbest story arc in all of Dragon Ball Z. But a couple of weeks ago, just after I had started watching this collection, I had an epiphany, a moment of clarity that has left me, at this point at any rate, feeling more charitable to Dragon Ball Z. You see, I watched the second series of Horizon on the Middle of Nowhere, an incomprehensible mess of a show that consistently put me to sleep, despite its histrionics, eye-candy, and operatic storylines. In comparison, I find that not only did I watch every single episode of Dragon Ball Z: Collection 9 from beginning to end, at no point was I bored, at no point did I not understand what was happening in the story, and there were some points in this collection where I might even have enjoyed myself, particularly towards the end. 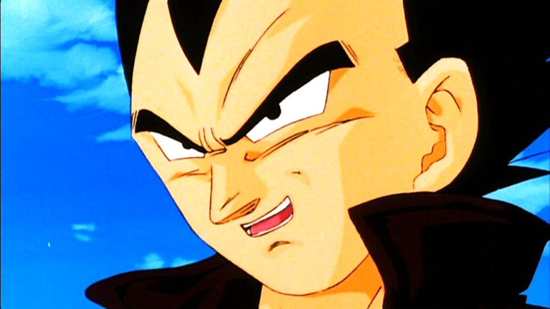 But this really is the dumbest story arc, with Majin Buu perhaps the most ridiculous villain ever to grace a television screen. This collection of episodes is replete with bizarre moments, absurd plot twists, and the constant one-upmanship of power and ability that means that the final fight is too intense to be fought in our universe, it has to be fought in the next world instead. Goku versus Buu is so worlds-shattering that they wind up wrecking heaven as well. And even with the Earth destroyed, the human race wiped out, there are still entities around who will watch the fight from afar, comment, and offer advice. This is the only anime in existence where you will see the villain beaten up by a Malteser! 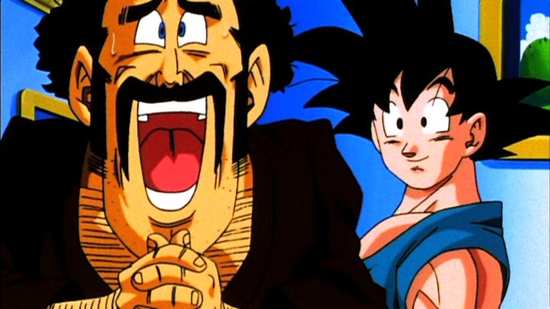 Of course the Superman allegories abound, although this arc specifically cribs from Superman III, with not one but two sequences where an evil version of a character fights his good side, or in this case not quite as evil. There’s also a Fantastic Voyage moment, miniaturised heroes taking the battle inside the villain. What was one of the daftest ideas in the previous collection, that special move of Fusion, where two fighters combine into one, and multiply their powers, actually takes an interesting turn here, where it is Vegeta and Goku who combine. The resulting entity has a very interesting personality. For me though, what kept this collection of episodes on the positive side of average was the constant presence of Mr Satan, an entertaining character if ever there was one. 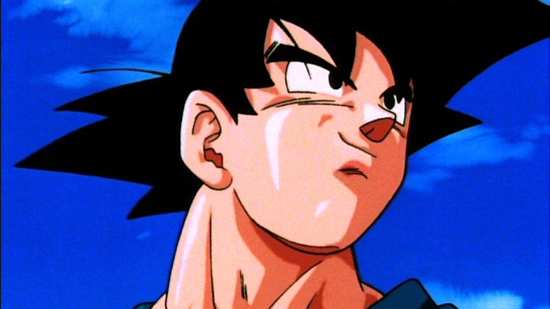 But it’s really one big fight that lasts 33 episodes, which can get pretty heavy going. Given that, Dragon Ball Z could be forgiven for a hastily rushed coda, and a quick send off for our heroes, but it actually devotes a further five episodes to showing how the story develops thereafter another ten years or so down the line. It actually rewards the viewer for sticking with it. Dragon Ball Z; never want to watch it again! But you know what, I’m glad that I did watch it once. Next year, Manga Entertainment will bring us Dragon Ball GT, and contrary to my opening comments, I am half intrigued as to what this story will bring.