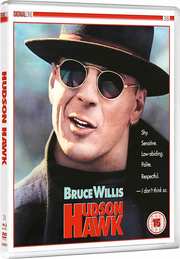 Article
The Great Escape out on Blu-ray this June

The acting profession is facing a politically correct challenge these days, as actors are told that they can’t pretend to be someone unless they are an exceeding close fit. We’re talking shades of ethnicity, gradations of sexuality and gender, which all seems to defeat the whole point of the acting profession, and has nothing to do with the actual, laudable goal of getting equal representation in terms of employment. Of course back in the eighties, we went stupid in a wholly different direction when it came to acting. We were typecasting to the nines. Once an actor became established in a certain role, that’s all we wanted from them. These days it’s pretty much just Liam Neeson remaking Taken again and again, but back then, once a comedian, always a comedian, once an action movie star, always an action movie star. The backlash when Michael Keaton was cast as Batman; it’s a good thing the internet didn’t exist back then. 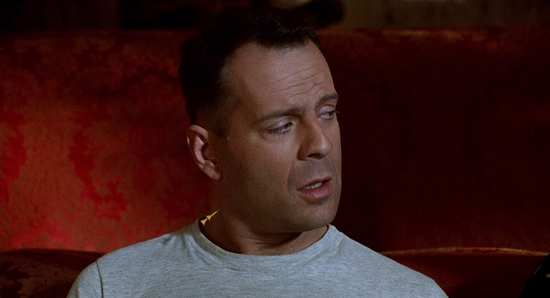 Back in the late eighties, the triumvirate of action movie excellence was Arnold Schwarzenegger, Sylvester Stallone, and Bruce Willis. With the latter it was actually strange, as after years of starring in the light comedy TV show Moonlighting, he only had to make one movie, Die Hard before he was pigeonholed. Now actors like to act, stretch themselves, do different things, and come the nineties, we got three movies from the triumvirate that the critics and the audiences panned, as they stepped out of their and our comfort zones. Arnie gave us the meta Last Action Hero, Sly gave us Stop, Or My Mom Will Shoot, and Bruce gave us the wacky Hudson Hawk. One of these films doesn’t deserve re-evaluation. 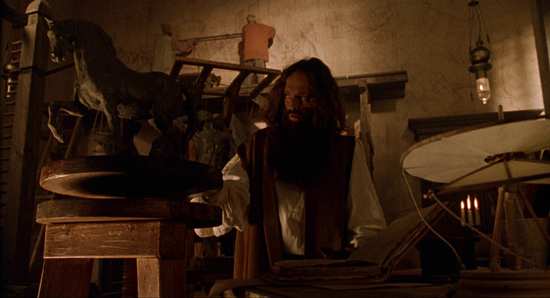 Hudson Hawk isn’t that film. It actually became a guilty pleasure of mine the first time I saw it on TV, but the urge to get it into my home cinema collection didn’t coalesce until quite recently once I got a Blu-ray player. But there was no UK Blu-ray release of Hudson Hawk until late last year. I guess we’re reaching that point in the format’s lifecycle that the big catalogue releases have been done, and we’re now down to the cult releases and the niche titles. 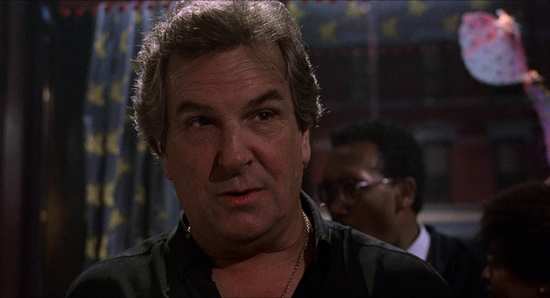 Eddie Hawkins is the cat burglar known as the Hudson Hawk, and after a ten year stretch in prison, he’s dead set on going straight. He’s even got a fifty percent share in a swanky bar with his friend Tommy Five-Tone, so there’s no real reason to get back into the old business. Except that he hasn’t even walked out the prison door before his parole officer is trying to get him to pull an auction house heist. Then there’s the Mario Brothers who want the same thing. They’re just the middlemen. Someone is looking to steal priceless Leonardo da Vinci artefacts, and they’re not art collectors. With the CIA and the Vatican also involved, the Hudson Hawk may be in over his head.

This is a BD/DVD combo release, but for this review, I’m only looking at the Blu-ray. 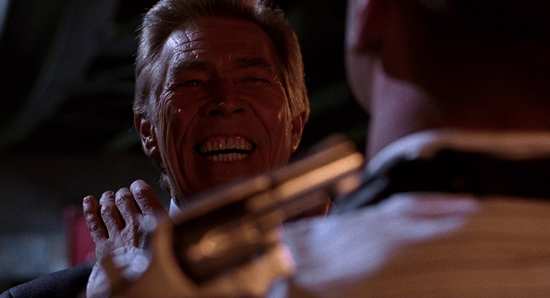 Hudson Hawk gets a rather nice 1.85:1 widescreen 1080p transfer. It’s a relatively untouched transfer of a film, which leaves it with natural film grain, a few flecks on the print, and a bit of wobble and occasional flicker. It looks like a movie. Detail levels are great though, the film grain appears natural and untouched by excessive DNR, and colours are consistent and well balanced. In fact, the detail levels are high enough to see the make-up job on Leonardo da Vinci at the start of the film. The audio comes in PCM 2.0 Stereo form with optional SDH English subtitles. The dialogue is clear, the action comes across well enough and the film’s music soundtrack is allowed to shine. There are no problems with glitches or dropouts, but the overall volume level is a little low. 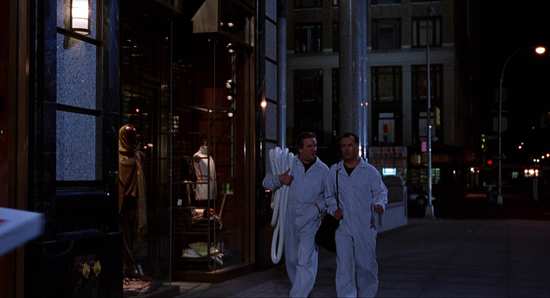 You get two discs in a BD Amaray case, with both discs overlapping on one panel. The sleeve is reversible, but pointlessly so, as it doesn’t remove the BBFC logo from the front sleeve on either side, only on the back sleeve. The disc boots quickly to a static menu.

I assume that the extras are sourced from earlier releases; certainly nothing looks more recent than the mid 2000s. 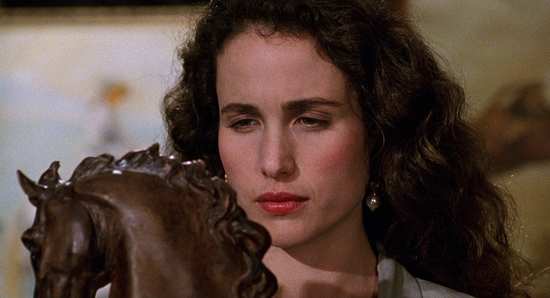 You get an audio commentary from director Michael Lehmann.

The Hudson Hawk Theme by Dr. John gets a 4:03 music video.

My Journey to Minerva lasts 11:00 and in it Sandra Bernhard waxes comical about the role. 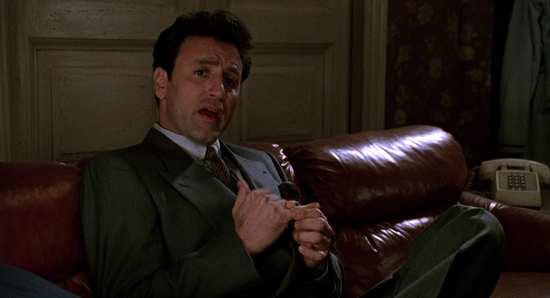 The Story of Hudson Hawk sees writers/producers Bruce Willis and Robert Kraft discussing the origins of the film. This lasts 29:59.

You get 5:40 of Deleted Scenes including the Little Eddie subplot.

Finally there is an extensive Stills Gallery to click through. 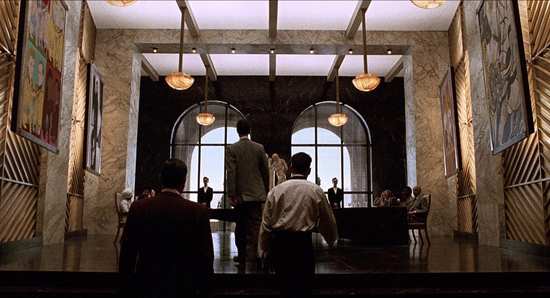 I didn’t know that Hudson Hawk was this profane. Up until know I had only seen the TV version, the one that is suitable for teatime viewing, the way the TV companies made ‘clean’ versions of Robocop and Beverly Hills Cop that the family could watch together. This also appears to be the uncut version, at least going by the run time of 99:55, and I guess the BBFC aren’t as offended at the sight of a burglar sticking a lock-pick into a lock as they once were. 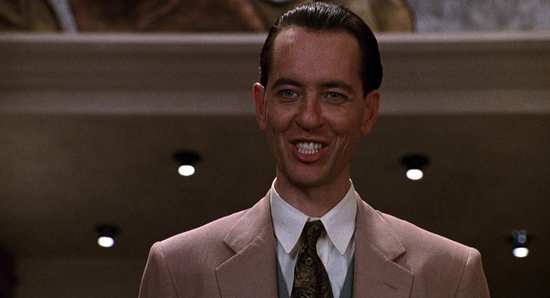 I guess it must have been a shock back in 1991, an action movie star making an action movie to be sure, but also a foul-mouthed comedy musical, with the action more of the cartoon variety and with a script full of in-jokes and pop culture references, with plenty of winks to the audience. These days we get movies like Deadpool doing much the same thing and cleaning up at the box office, but I guess 20 years ago we just weren’t ready for such high-spirited larks. Maybe it was the sight of David Caruso in a dress that turned audiences off. 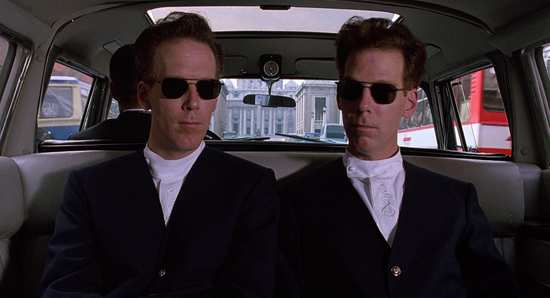 Hudson Hawk is a parody, a satire, and one that works so well because the characters are larger than life, that scenery chewing is the order of the day, and that the actors appear to have more fun making the film than the audience do watching it. Not that I don’t find Hudson Hawk fun; it’s just some of those in-jokes are a little too ‘in’ for me to get. Still, the sight of James Coburn sending up his Flint character is worth the price of admission alone. And the story is fun, a globe-trotting romp that mixes up history, mythology and alchemy to great effect, which coupled with the thrills of a heist story make for 100 minutes of delightful entertainment. You watch Hudson Hawk, and you might be convinced that it’s author Dan Brown’s favourite movie. 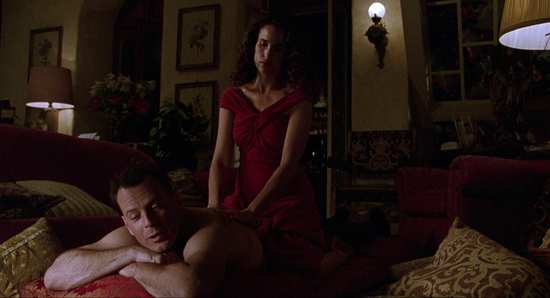 If Hudson Hawk does have a flaw, it’s that it feels underwritten. The villains of the piece, The Mayflowers may be larger than life, caricature villains, moustache twirlers of the highest order if they had them, but they do also feel a little hollow, villains because the movie needed them to work, not quite endearing in the way that a classic movie villain needs to be (James Coburn’s role is actually more effective in this regard), while Andie McDowell’s character of Anna Baragli, the Vatican agent never really makes an impact. Also, the story elements seem thrown together, the thefts, the Mario Bros, the CIA candy bars, the Mayflowers. The film keeps switching between cool, funny bits, but the seams between the bits always seem obvious. 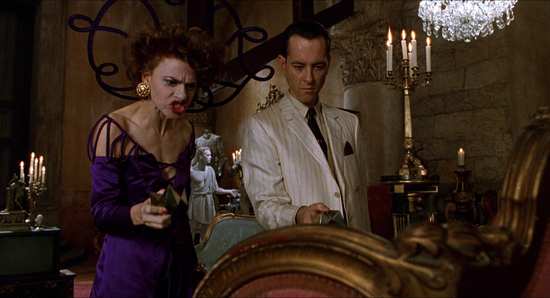 None of this is enough for me to not enjoy Hudson Hawk, and the fact that after 30 years I’m still motivated to buy it on Blu-ray certainly means that it’s memorable. But it’s merely great fun, a justifiable cult favourite if not quite a cult classic. But Hudson Hawk is very much up for a re-evaluation. Unlike Stop, Or My Mom Will Shoot.

haven't seen it in years, remember enjoying it, the only scene I remember is I think at the beginning when he gets the timing right to "swing on a star" :)
posted by admars on 21/5/2019 09:18