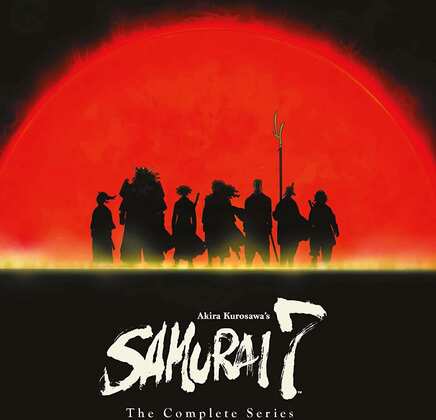 We get to see two sides of Studio Gonzo this week, even though both shows are structurally similar enough to be the same genre in a weird way, if you can compare a samurai show to a vampire show. Samurai 7 is a remake of Akira Kurosawa’s Seven Samurai, shifting the action to a dystopian post-war future where farmers struggle against giant warrior bandit cyborgs. The villagers send their priestess to find help, and she winds up hiring seven swordsmen with distinct personalities, who uncover the truth behind the bandit raids, a truth that will change their society. Click on the review to read more about this fantastic show. 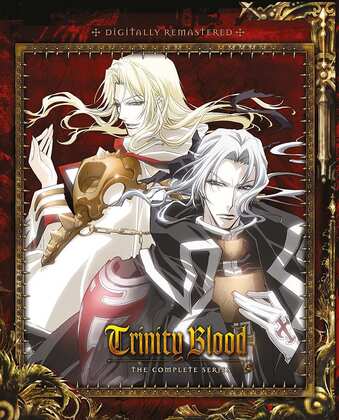 Next it’s the turn of Trinity Blood, another post-apocalyptic dystopian future, where civilisation rebuilt after Armageddon, only to come into conflict with a race of vampires. Now the humans, led by the Vatican, exist uneasily alongside a vampire kingdom. To deal with the deadliest of vampires, the Vatican has the AX group, of whom a priest, Abel Nightroad is a member. He’s also a Krusnik, a vampire that preys on vampires. But there’s a group looking to tear down this uneasy truce between vampires and humans. 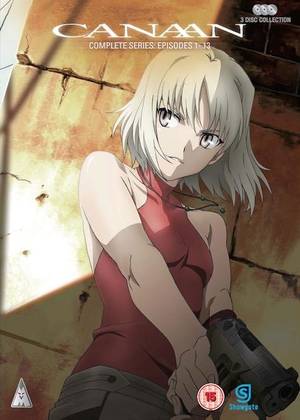 Canaan. I wasn’t kind to this show when I initially reviewed it, and I wasn’t particularly looking forward to watching it again. But I think I’m mellowing on it now. Certainly I got more entertainment from it this time around, although it is still fundamentally the same show. It’s an action conspiracy show featuring the eponymous assassin with synaesthesia. The story is still unsatisfying, while the characters are just too kooky for how dark the story gets. But this time around, the kookiness of the characters was actually a little endearing, and I certainly appreciated Studio PA Works animation more.

MVM released Canaan on DVD in 2013, and at this point it is so deleted that second hand will be your best bet. Here’s that unflattering review of mine. As you can see from the other reviews, MVM are revisiting back catalogue titles with Blu-ray upgrades, and this is one show that would benefit from MVM bringing Sentai’s Blu-ray release to the UK.