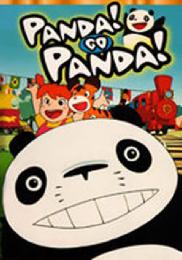 One of the most eagerly anticipated live-action adaptations of any anime ever produced, BLOOD: THE LAST VAMPIRE caused a major stir of interest amongst fans when its all-too-brief teaser trailer debuted on the Internet last month. Now, we can reveal the amazing full theatrical trailer for the horror movie that breathes new life into the groundbreaking anime feature from 2000.

Directed by Chris Nahon (Kiss Of The Dragon) and featuring stunning action sequences choreographed by legendary action director Corey Yuen (Transporter 1 and 2; Jet Li's The One; X-Men), BLOOD, THE LAST VAMPIRE tells the story of a mysterious girl known as Saya (Gianna Jun), who is employed by a covert US government agency to eradicate a species of vampire-demons that is about to threaten mankind. Half-demon herself, and armed with just a samurai sword and a whole bunch of attitude, Saya kicks vampire ass like nobody you have ever seen before. Forget Blade, forget Buffy, and check out the trailer to witness the hottest and gutsiest vampire slayer ever to grace the screen in action. 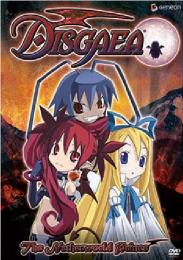 The three volume anime series adapted from the game is coming to UK shores in June. It's a game I haven't played so once again I resort to the cut and paste, this time of the disc blurb.

The King of the Netherworld has died and various demons are now building their own empires in an effort to take control. However, the late King's son has arrived and is out to reclaim his rightful place as ruler of the Netherworld! Along to help him is his vassal; Etna with her Prinny squad, and Flonne, an angel-in-training originally sent to assassinate the king only to find that he has already died. Join our three intrepid, and somewhat eccentric, heroes as they initiate their plan to conquer the Netherworld, Heaven and Earth!

It's easy to forget that Hayao Miyazaki was animating before there was a Studio Ghibli, but as a reminder, Manga Entertainment have acquired one of his earlier features. One final cut and paste…

Mimiko lives with her grandmother beside a bamboo grove. One day Mimiko's grandmother goes away for a while, leaving Mimiko to herself. A baby panda appears in the garden along with it's father, Papa Panda. Mimiko asks if Mr. Panda could be her father too, and he agrees.

The pandas of Panda! Go, Panda! are considered by some to be precursors of the Totoros, while the spunky red-headed heroine, Mimiko, is sometimes seen as a prototype Mei, the younger sister in Totoro.

Revelation films have informed us that this collection has been put back to the 6th of April. Alter your anime schedulers accordingly. What do you mean you don't have anime schedulers? 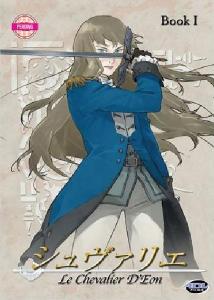 A mammoth twenty hours of anime was reviewed last week. I'm just glad that I didn't have to do it alone. I started off with the first volume of Le Chevalier D'Eon. It's something that you don't often see in anime, a historical drama set in Europe of the eighteen hundreds. It's a supernatural murder mystery and conspiracy, set against a backdrop of politics and Machiavellian plots in the highest levels of European royalty. It skilfully blends fiction with history, and coming from studio Production IG (Ghost in the Shell: Stand Alone Complex), it has the highest production values and attention to detail. See how the first instalment fares in my review. 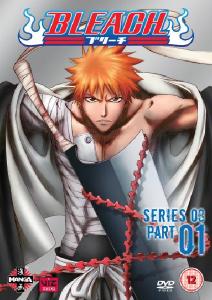 It was the turn of the shonen extravaganza next, one of those series that is made for young male teen audiences, that stretch for hundreds of episodes, and that create their own little worlds for fans to embrace. Bleach is a series that I am yet to embrace, but with arrival of Bleach: Series 3 Part 1 heralding a new season of episodes, I decided to give it a proper chance. See how I fared by clicking the link. 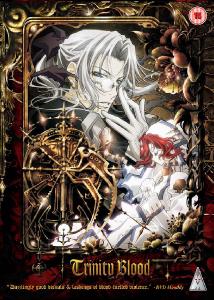 It was David Beckett's turn to don the anime reviewer mantle, and he got the lion's share when he reviewed the Trinity Blood Boxset, ten hours of stylish gothic futuristic vampire action. Set in a distant future where humans and vampires co-exist on the planet in an uneasy truce, and where the Vatican wields much of the power, this show tells the story of Father Abel Nightroad, an uber-vampire in the employ of the Vatican who fights to maintain that peace. See how well he fares under David's critical gaze. 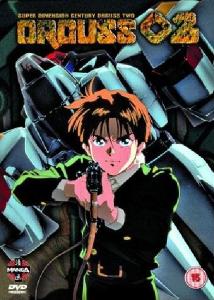 It was a taste of yesteryear when I took a look at Orguss 02. I am not a fan of mecha series as a rule, the idea of angst-ridden teens piloting giant robots into battle against other angst ridden teens just seems silly, and barely a step up from Power Rangers. But there are exceptions to that rule, and Orguss 02 is one of them. Over 15 years old now, its anti-war message and bleak assessment of human nature is still resonant. Yes, I was impressed by this series, and you can see just how impressed by reading my review. 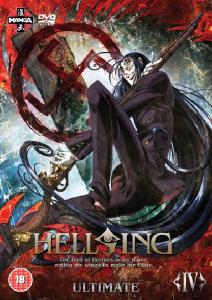 More vampires for my final review of the week, as I took a look at Hellsing Ultimate: Volume 4. It's got bloodthirsty vampires, it's got psychotic catholic priests, it's got evil undead Nazis, and it's got oodles of blood and gore and lashings of exploitative violence. It's a show where even the good guys are manic psychopathic killers. Click the link to find out why you simply must buy this show.

ADV released Le Chevalier D'Eon's first volume in 2007, and it's available from all reputable e- and re-tailers now, while Manga Entertainment's Orguss 02 is so old now that it practically lives in the bargain bucket. The Trinity Blood boxset has been put back to the 23rd of March by MVM, which coincidentally is the date that Manga release Bleach 3:1. Finally Manga releases Hellsing Ultimate: Volume 4 on April 6th.