We have three categories of news this week…

We begin first with the various showings of anime on the big screen coming up in the next few months.

The Adolescence of Utena movie, the weirdly exhilarating mindwarp experience that I had last year on DVD, will be on the big screen in May. Helen McCarthy introduces the showing at the Barbican in London at 8:30 pm on May 26th 2009. As astounding an experience it was on the small screen, it's really a film that deserves to be seen in the cinema, and you can find out more by clicking over to Otaku News.

For those north of the Watford gap, the Leeds Young People's Film Festival is forthcoming on the first and second weeks of April. Manga UK have issued a newsletter indicating that the Bleach Movie: Memories of Nobody will be having its UK premiere on April 4th at 8pm, while on Sunday April 5th at 4pm, there will be a showing of Hellboy Animated: Sword of Storms. Go directly to the website to have a look around…

Back down south, the 8th annual Sci-Fi-London festival is coming up from Wednesday 29th April to Monday May 4th 2009, and as usual there will be an anime all-nighter on Saturday 2nd to look forward to. Top of the bill is Mamoru Oshii's Ghost In The Shell 2.0. This is the original Ghost In The Shell, Lucased up with new digital effects and a new soundtrack. Also premiering will be Naruto The Movie 3: Guardians of the Crescent Moon Kingdom and Panda go Panda. Showing as well are Afro Samurai Resurrection and Origin: Spirits Of The Past. Go directly to the Sci-Fi-London website for more information.

Full Metal Panic is a show that I haven't seen. Apparently a lot of people have seen it. They have also seen the comedy sequel Full Metal Panic: Fumoffu, both of which were released in the UK by ADV Films. Not nearly as many people have seen the third series, Full Metal Panic: The Second Raid, as despite a horde of fans, eagerly rubbing their hands in anticipation, this show hasn't been released in the UK as yet. Well, fire up your broadband connections, as Funimation Films have put the whole 13 episode series up to stream from their video portal. It's only the English dub, I'm afraid, but it is free, and it is legal. Enjoy!

Meanwhile Madman in Australia have pulled off quite the coup, and have announced that they are streaming the new Full Metal Alchemist series episode by episode just a couple of days after the Japanese broadcasts. Where a few months ago I was scratching my head at why it needed to be remade, now even I'm eager to find out how it will turn out. Alas, it looks as if Madman will be streaming to just the Australian region only, but with a show of this magnitude, I wouldn't be surprised if other streaming deals are announced in other territories. Read more at Anime News Network.

If you haven't checked your TV listings lately, I'll summarise… Studio Ghibli's Tales of Earthsea will be on Film Four on Sunday 12th April at 2:45pm with a repeat showing on Thursday 16th April at 6:45pm. I didn't check my listings. I just read it on Anime UK News. 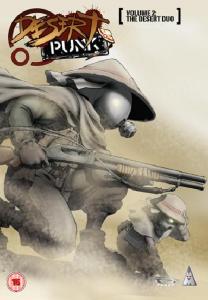 This week saw a hefty chunk of anime reviewed, but only four titles. It's a good thing I had help. Desert Punk's second volume was the first to pass beneath my beady eyes. If you like juvenile humour and big breasts, and lets face it who doesn't, then this will appeal to you. The post-apocalyptic desert setting may promise something bleak and hard-hitting, but this show is surprisingly irreverent, and resolutely refuses to take itself seriously. It's also got a busty model in a bikini promoting the show in the extra features. What!? 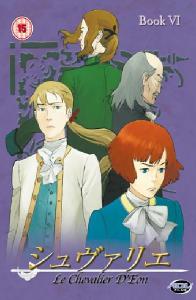 I put my serious face back on as I came to the final volume in my Le Chevalier D'Eon marathon, volume 6. When you come to expect certain things from a medium, it's good to have your preconceptions shattered, and Le Chevalier D'Eon certainly did that, with excellent animation and music, supporting a mature and complex storyline, set in a glorious period setting, blending supernatural fiction with real history to come up with something quite unique. I grew increasingly drawn to this series with each new volume, and you can see how it all turned out by reading my review. 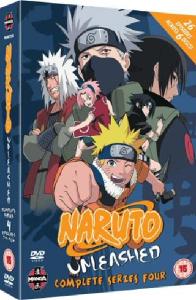 My thanks to Stuart McLean, who shouldered the anime burden in the middle of the week, by reviewing the full 26-episode 4th season of Naruto. I've already reviewed these episodes in half season form, but Stuart provides a refreshing perspective from 'outside' the Naruto phenomenon that will help newcomers make up their minds whether to sample the delights of the luminescent orange ninja. You can read his review by clicky linky. 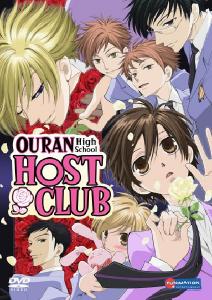 Reviewing the first half of Ouran High School Host Club turned out to be no burden at all. In fact I haven't laughed so much at an anime in… well, ever. It's a cross-dressing sitcom where a bookish young girl wanders into the wrong room in school, and winds up playing the part of a handsome schoolboy who entertains the school's female population. There, that should have put you off. Now this hilarious anime can be my own personal little secret. Be put off some more when you click the link. It's mine, I tell you. Mine! All Mine!