How Long Is This Online Anime Revolution Going To Take Anyway?

The past few months have certainly proved that people are more than prepared to watch anime online, and the idea of watching shows not long after their first airing in Japan has a great appeal. It's also having an effect on the fansubbing scene, especially as fan favourite Naruto is no longer pounced on by legions of fansubbers in a race to get it to the net. Anyway, it turns out that anime, just like any other television production is influenced by the changing of the seasons, and we are now coming to the end of the Winter season, with the conclusions of shows like Linebarrels of Iron, Shikabane Hime, and The Tower of Druaga imminent. It also means that a whole new season of anime is about to hit Japanese television screens, and proof of the advent of legal online anime comes with Crunchyroll's announcement of its new acquisitions.

Crunchyroll will be continuing its runs of Naruto Shippuden, Gintama, and Shugo Chara.

New titles for the spring include:-

And more may yet be announced. There's no word as yet as to which titles will be region locked, and which will be available to UK viewers, but judging by previous performance, the Gonzo titles like Glass Maiden, Saki and Shangri-La should be watchable from here, as well as the TV Tokyo titles. You can read more about these series acquisitions on Anime News Network, here, here and here.

Funimation have formalised a partnership with Gonzo to stream their titles on the Funimation website. Historically, Funimation have also distributed Gonzo series on DVD in the US, so it makes this a logical development. They will be looking to distribute new acquisitions in the future, but they have already started streaming the first four episodes of both Blassreiter and The Tower of Druaga: The Aegis of Uruk (incidentally, they've already been streaming Romeo X Juliet for a couple of months now). Both of these titles are viewable at the Crunchyroll website, but it's always nice to have a choice of source. ANN have the news here as well.

Eden of the East is Kenji Kamiyama's (Ghost In The Shell: Stand Alone Complex) new television and feature project, and the anime will start airing in Japan this April. I don't know much about the show as yet, but it has been announced that none other than our own Mancunian siblings (and their pals), Oasis will be supplying the opening theme song, "Falling Down", taken from the Dig Out Your Soul album. We never saw the Duran Duran, Girls On Film version of Speedgrapher, and with the music biz the mafia of the entertainment industry, we'll probably never see this as well. Best just buy the album then, before they break your kneecaps. Yup, Anime News Network again.

Gonzo at the Barbican

You can always rely on the Barbican to dish up some anime delights, and this year is no exception. This time around, with the aid of anime expert Helen McCarthy, they are bringing the best of Gonzo to the UK. From Tuesday 7th to Thursday 9th of April, you'll be able to see episodes 1-4 of Blue Submarine No. 6, episodes 1 & 2 of Samurai 7, Witchblade, Hellsing, Gankutsuou, the Origin: Spirits of the Past movie, the first episodes of Blassreiter, Linebarrels of Iron, Shangri-La, and Romeo X Juliet, and a final intriguing Sneak Peek. You can read the Press Release at Otaku News.

The moment you've all been waiting for; at last you can pencil in dates for those two anime series that you have been most looking forward to, if you like big mecha and Studio Gainax that is. Just like Haruhi last year, Gurren Lagann has been an absolute sensation, and it's coming to the UK courtesy of Beez Entertainment in special edition and single disc forms. The same treatment is also going to be given to the latest iteration of the Japanese Star Trek, Gundam.

This news was pilfered from Anime UK News, and if click the link, you'll be able to read more about the goodies that will come with the discs. 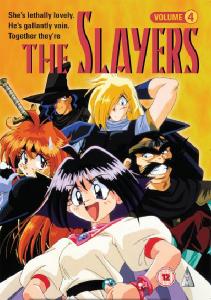 There's always a little bit of melancholy when a series comes to an end, as you may be bidding a bittersweet farewell to a show that you've come to enjoy, while at the same time you start looking forward to what may be coming next. It was twice the melancholy last week. First it was the conclusion of Slayers with Volume 4 of the show bringing the first set of adventures of Lina and Gourry to a close. It's been a blast from the past, very old school anime, with an anarchic sense of humour coupled with broad audience appeal. We won't have long to wait for the next set of RPG comedy adventures though. See if this disc is enough to have me pre-ordering the next by clicking the review. 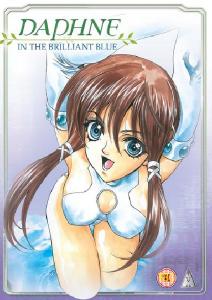 Then it was the turn of Daphne In The Brilliant Blue to come to a scantily clad ending. This has been the absolute surprise hit of the year so far in my opinion; a show that I barely tolerated when I first encountered it has gradually grown on me, as I developed an immunity to the ridiculous costumes, and it developed quite the engaging story. See if Daphne In The Brilliant Blue: Volume 6 ends the story on the right note by reading my review. 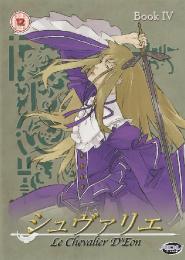 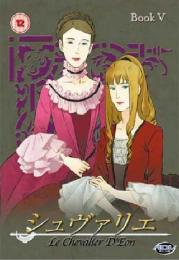 In between all the new discs, I have been continuing my marathon viewing of Le Chevalier D'Eon, the historical anime that relates a supernatural murder mystery tale set in Europe of the 18th Century, just prior to the French Revolution. Attention to detail and accuracy has been the watchword, but as the action shifts to England of George III, there's more scope for an English reviewer to nitpick. The nitpicking commences in Le Chevalier D'Eon: Volume 4, and continues into Le Chevalier D'Eon: Volume 5. You know what to do to read the reviews.


The 6th of April is when MVM release both The Slayers: Volume 4, and Daphne In The Brilliant Blue: Volume 6. Le Chevalier D'Eon's 4th volume was released in 2007, while volume 5 was released in 2008, and both are available to buy now.