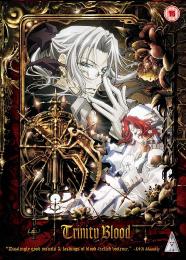 The Recession Keeps On… Recessing

It's annoying when UK companies fall flat, it makes it inconvenient sourcing that anime that you need so badly. It's worrying when US companies fall flat, as you wonder who will be there to sub and dub those exciting new shows coming out of the Far East. But when Japanese companies fall, then it's time to start looking for a new hobby, as it's the actual well that's running dry, not just the bucket springing a leak. Gonzo, the company behind shows like Witchblade, Burst Angel, Welcome to the NHK, and countless others, has announced that it's cutting its staff from 130 to just 30 over the next five years. This follows a major scaling back last year that saw it shed some 50 jobs, and cut its annual production schedule in half, from eight shows to four. This has led to speculation that Gonzo will no longer be able to produce shows in house anymore, and will only be able to collaborate with other animation companies. This is a sad decline for one of the more colourful anime companies, if not always one of the more original. News from Anime News Network.

The Good News Is…
Anime On DVD are reporting that Funimation have pounced on some Gonzo properties before the guillotine falls, and have announced at Katsucon that they have licensed Blassreiter, Dragonaut, and the two Tower of Druaga Series, the Aegis of Uruk and the Sword of Uruk. They have also licensed Bamboo Blade from D. Rights. The interesting thing about Blassreiter and The Tower of Druaga is that they were premiered to the world on the Crunchyroll website, and it was of interest to see if they would be licensed and dubbed following this experiment.

This Week's Online Anime Is…
The Melancholy of Haruhi Suzumiya… sort of. After the tremendous reception that the first season garnered, fans have been anticipating the second series with increasing degrees of rabid salivation. They'll have to wait a while longer for that, but to tide us over Kadokawa have released two parody series to the world. What's more, they've put the first episodes on their Youtube channel, subbed, for everyone to enjoy. Courtesy of ANN.

You can see the first episodes of

By clicking the respective links. I've learned that counting sheep can be hilarious, but smoked cheese is just weird.

This Week's TV Anime Is…

Death Note… sort of. It's not this week, and it's not anime, rather the live action adaptation, but an eagle-eyed forum member at Anime UK News has spotted that Channel 4 have acquired broadcast rights for the first Death Note film, and one can only assume that the second film won't be long in coming either. The speculation is that the first film will be broadcast as early as the end of this month, but no date has been set as yet. Updates will be forthcoming.

Updates are here! The Radio Times have Death Note listed as being shown on Film4 on 28th February at 10:55pm. Set your PVRs.


You Can't Have Too Much Solty In Your Diet

MVM are bringing the popular Gonzo series Solty Rei to the UK, with the first volume debuting on the 16th of March. Set in a post apocalyptic future, Solty Rei follows the adventures of hard-bitten bounty hunter Roy Revant, as his life changes after meeting the cute android girl named Solty. To get a taste of this show, MVM have provided three clips to get you started.

MVM have also kindly provided two Trinity Blood boxsets for a competition that is currently being run on DVD Reviewer and MyReviewer. This Gothic action show from Gonzo offered more vampire action than you could shake a stake at, and now you can experience the whole series in one convenient boxset. To be in with a chance of winning, click the link, answer the question, add your e-mail address, and then cross your fingers to keep the vampires away. 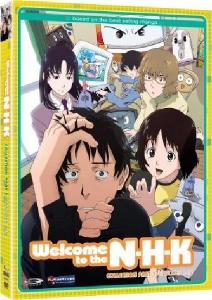 It was collections last week, so while there may only be two anime reviews, it's still six discs worth. I'm exhausted! I began the week by finally getting my mitts on my most desired anime series of 2008, Welcome to the NHK, or at least the first half of it. I had to import it mind, ADV's damp squib of a year stopped its UK release from even starting. It's not a subject you see very often in anime, the mundanity of real life, but Tatsuhiro Sato is out of work, out of education, and socially withdrawn to the point of living in self-imposed isolation in his apartment. He's paranoid, and hallucinating, then one day, a pretty, young girl offers to cure him of all his ills. Surely it's some conspiracy. Click the link to see why I think this is one of the best anime of recent years. 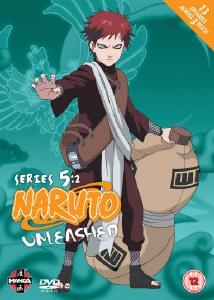 Then came Naruto 5:2, the tenth release of the adventures of the luminous orange ninja, taking us up to episode 130. This time around, Naruto's trying to save Sasuke from himself, but there are some powerful ninja looking to stop him. Cue special skills, demons summoned forth, and battles that fill the screen. It's the sort of thing that Naruto has been entertaining us with now for the last 50 hours of programming. Click the link to see how it manages to stay so fresh and enjoyable.

If you're tired of anime (who could ever be tired of anime?), and are looking to keep your horizons broad when it comes to animation, then two of my colleagues have reviewed the best that the US has to offer this week. David Beckett has reviewed the Bluray release of the fourth and final Futurama movie, Futurama: Into The Wild Green Yonder, while Stuart McLean has take a close look at Marvel's Hulk vs. collection. Click the titles to read their thoughts.


Welcome to the NHK: Collection 1 was released by Funimation on the final day of 2008, and is available for import right now from all good Region 1 retailers. Manga Entertainment release Naruto 5:2 on the 23rd of February, while 20th Century Fox release Futurama on the same date. Hulk vs. is released by Marvel today.