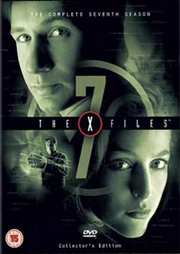 Synopsis:
The seventh season was a time of reinvention for The X-Files. Many long-running story arcs and well-known characters made an exit, and new themes were explored. Gillian Anderson and David Duchovny also wrote and directed episodes which uncovered more of Scully`s and Mulder`s past histories and, in the process, revealed new depths of characterization...