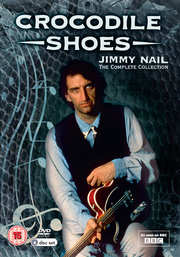 Wine, beer and spirits all the time...

Wine, beer and spirits all the time,
Though I have you, still she's always on my mind...

Written and produced by Jimmy Nail, who also plays the title character of Jed Shepperd, Crocodile Shoes is a story about a factory worker from Newcastle, who just happens to write country music in his spare time. And just happens to have a mini recording studio in his bedroom. 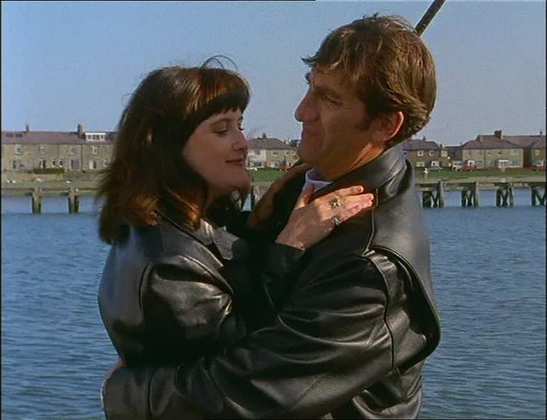 With this being the fictional North, redundancy is always around the corner (perhaps as it is in today’s shows), so what would you do? Jed follows his dreams, can he achieve his goals?

His journey will lead him to London, Nashville, and inevitably back home. There could be heartbreak and pain along the way.

This DVD features the complete series one and two.

The rain falls down, I'm soaking through,
I'm an old man, inside a young man's suit...

A full frame (4:3) transfer of a series that hasn’t had a lot of TLC poured on it, accompanied by a DD2.0 stereo transfer, which is functional. And that’s a shame. As this series is really about the music which is spread through the episodes. What a chance to remix and reinvigorate the soundtrack. 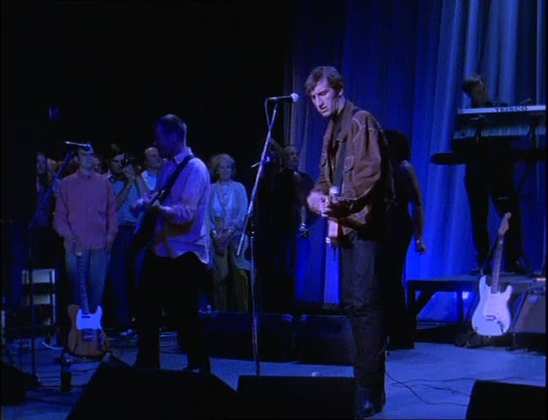 Paddy McAloon is one of our greatest songwriters, and the soundtracks to this series prove it. He contributed several songs (and probably some of the best) to the soundtrack, so it’s good to hear them again. "Cowboy Dreams", "Love Will Find Someone For You" and "Dragons" are the highlights from the first series/album of the same name. And they just happen to be the McAloon songs.

Wine, beer and spirits take me down,
The lights are low and there's no one else around… 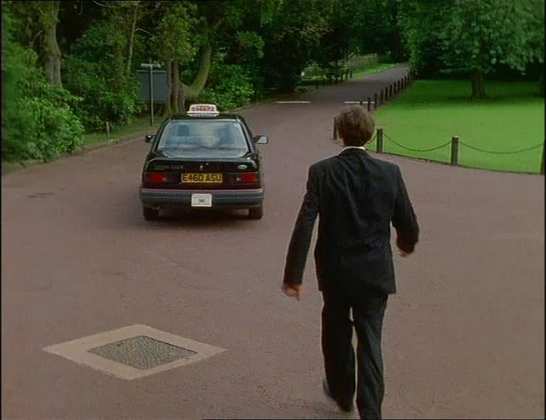 It would appear that someone has been at the wine, beer and spirits. Because although it’s been nearly 20 years since the first series, and 17 since the second, no-one has managed to sober up long enough to find any extras lying around, so nothing here of any note I’m afraid. Would be have been nice to have a retrospective piece looking back or something similar, but as usual I just have to say we need to be grateful that a series is out on DVD...

I let the world, slip through my hands,
And now I'm talking to, the only friends I have... 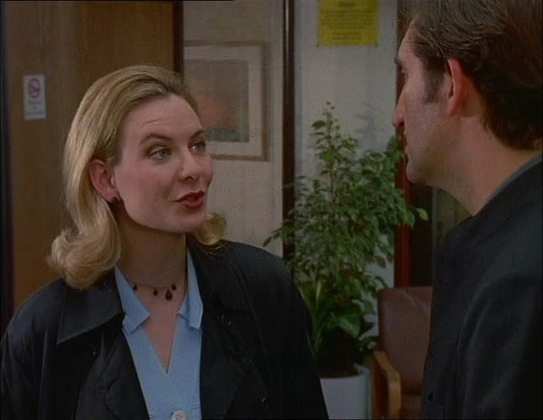 Fish out of his depth.

All these things do sound rather a cliche when put listed one after another. But here they work together to tell a reasonable story across two series. It would be very uncool to confess a liking for this series, and the music, even that which wasn’t written by Paddy McAloon. But we are long past that point after thirteen years of confessing to liking various things here.

A very watchable series, some good tunes (how uncool to say so), a nice slice of 1990s drama, and well worth checking out again. Just a shame that it didn’t get tarted up and taken out for some nice extras... 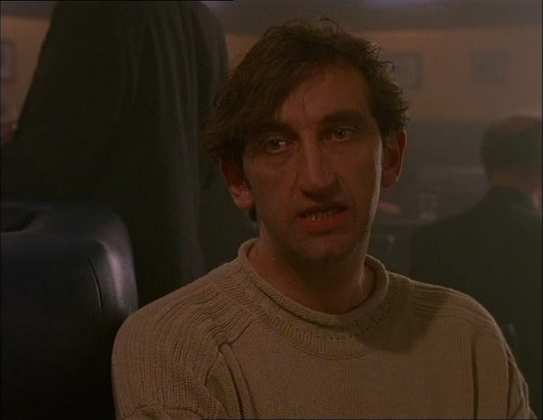