Article
It's Invasion Season at the National Space Centre! 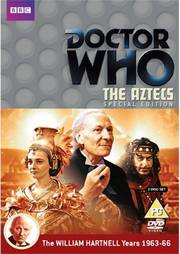 · Designing the Aztecs Designer Barry Newbery talks about his work.

· Cortez and Montezuma An extract from a 1970 Blue Peter.

· Restoring The Aztecs A short feature demonstrating this release’s restoration.

· Chronicle – The Realms of Gold John Julius Norwich’s 1969 retelling of the story of the Spanish conquest of Mexico and the Aztecs.

· Dr Forever! – Celestial Toyroom The first of a new five-part series looks at Doctor Who toys.

· It’s a Square World The very first Doctor Who skit.

· A Whole Scene Going An interview with director Gordon Flemyng and a behind-the-scenes look at filming of his film Daleks – Invasion Earth: 2150 AD.