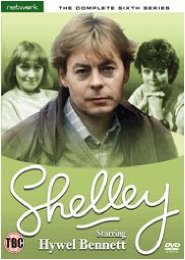 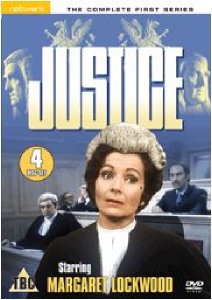 This set comprises both JUSTICE and the single screenplay drama which preceded it: JUSTICE IS A WOMAN- also starring Lockwood but this time as Julia Stanford, a barrister who, convinced of her client's innocence, defends a young man accused of rape and murder.

Intuitive, adept and deeply conscientious, Harriet Peterson possesses a steely determination and the necessary tenacity to fight for her clients. But she is not infallible- and a turbulent personal life occasionally spills over into her professional life as she takes on a range of cases from child custody battles to murders, medical negligence to treason. 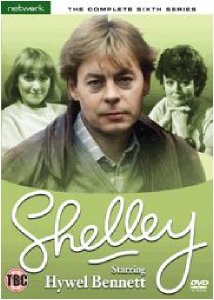 It's been months since Fran gave Shelley the elbow - until he can prove himself, economically speaking. In this sixth and final series, his ceaseless battle with bureaucracy sees him staging a sit-in at the electricity board and spending a night in a police cell, while enduring loneliness, burglary, and a visit from his mother - who's on a mission to reconcile him with Fran. But most distressing of all… he has to live without his toaster!

Created and written by Peter Tilbury (Sorry I'm A Stranger Here Myself), Shelley was one of ITV's longest running sitcoms - lasting for ten series over thirteen years and receiving a BAFTA nomination for Best Comedy Series in 1981.This set contains the complete fifth series, originally broadcast in 1982 and also starring Belinda Sinclair as Fran, Warren Clarke (Dalziel and Pascoe) as Shelley's friend and giver of temporary refuge, Paul, and Garfield Morgan (The Sweeney) as ever-present hall porter Desmond.