DVD
By The Will Of Genghis Khan

DVD
The Sword With No Name 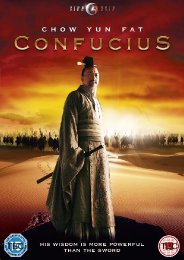 Showcasing a commanding and captivating performance from screen icon, Chow Yun-fat, this epic masterpiece balances breathtaking spectacle, visceral action and heart-wrenching drama to deliver one of this year's most unforgettable movies.

In 500 B.C., during China's famed 'Spring and Autumn Period', Kong Ze (Confucius), a commoner reverred for his outstanding wisdom, is made Minister of Law in the ancient Kingdom of Lu. Under his inspired leadership, Lu ascends to new heights but becomes a target of conquest for the warlike nation of Qi. Threatened with annihilation by their powerful neighbour, a desperate people turn to their greatest teacher to lead their most powerful army. When Confucius delivers a stunning victory against all odds, a jealous aristocracy sets out to destroy him, but they should never under-estimate a remarkable man whose wisdom is more powerful than the sword.

With breathtaking cinematography from Oscar-winning director of photography, Peter Pau (Crouching Tiger, Hidden Dragon), Confucius is one of Asian Cinema's finest achievements and is a compelling invitation to discover the remarkable story of one of history's greatest heroes.