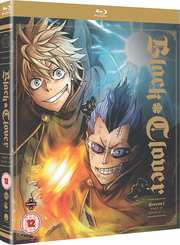 I didn’t think that I would make it this far, but Black Clover has turned out to be the surprise of the year. Not because it’s particularly good, but rather that it’s not bad, or at least not as bad as it seemed when I saw the first volume. A long running shonen action show, much in the same vein as Fairy Tail, it wasn’t impressive at first glance, and a rare show which I have to watch the dub version of. The dub is at Funimation’s usual disposable standard, it’s just that the Japanese voice actor for the main character makes my ears bleed. But as this first season has progressed, the story has become more and more interesting, the characters developing in an engaging way, and generally Black Clover has established its own identity, rather than inviting comparisons to its peers the way the first volume did. I find myself feeling a lot more positive about the show as it reaches the concluding instalment of the first season than I did when it started. 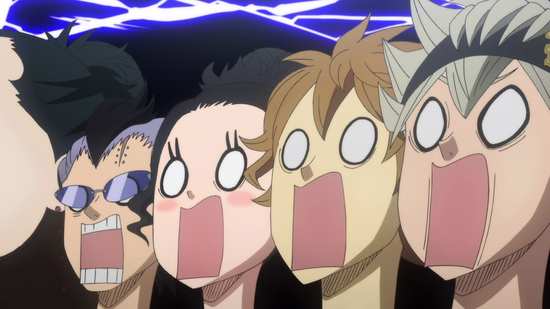 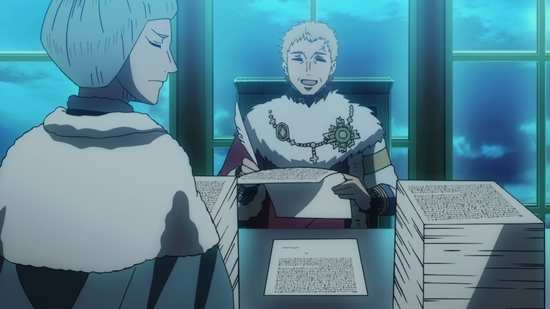 12 episodes are presented across 2 Blu-rays from Manga Entertainment as follows.

Disc 1
40. A Black Beach Story
41. The Water Girl Grows Up
42. The Underwater Temple
43. Temple Battle Royale
44. The Pointlessly Direct Fireball and the Wild Lightning
45. The Guy Who Doesn’t Know When to Quit
46. Awakening 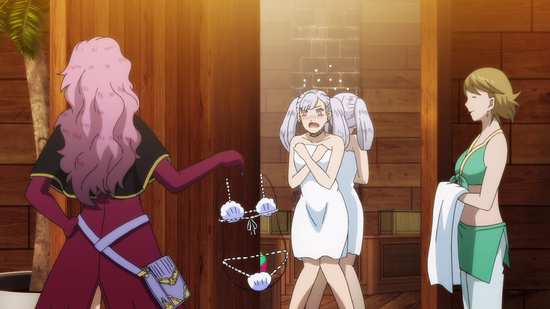 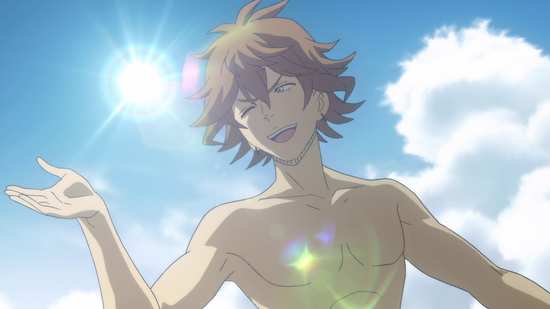 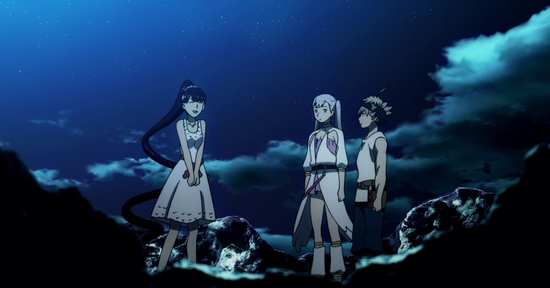 Disc 1 autoplays a trailer for Funimation Now and has an audio commentary on episode 45 with Sarah Wiedenheft (Charmy), David Wald (Vetto), and Megan Shipman (Grey).

Once again disc 2 has more than the usual Funimation offering when it comes to extras. 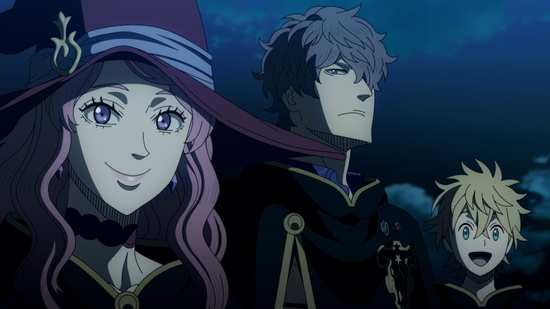 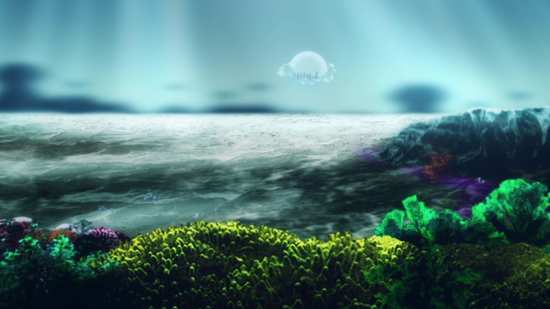 The Clover Clips Special Edition lasts 7:06, and there are the textless credits, one opening and two closings. 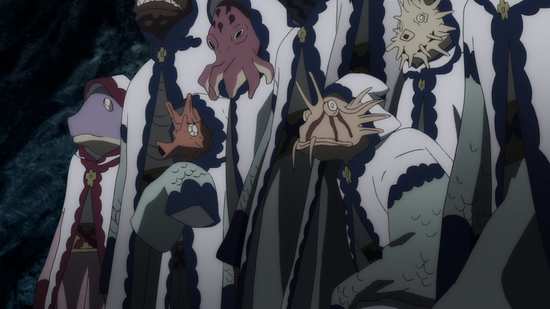 We come to the end of Season 1 of Black Clover, and the show has really established itself as a pretty decent, watchable, long running shonen action show. It is yet to cement itself as the next Naruto or One Piece, but despite some early misgivings, I haven’t found it to be as disposable, or forgettable as shows like D. Gray Man or MAR. I also had misgivings about the way that Manga were releasing the show, in the shorter than usual collections as predicated by Funimation’s release strategy in the US, but it turns out that releasing the show in the discrete story arc format really works for it. It’s like getting chapters in a book one by one, instead of pausing in the middle of a sentence for a month or two. 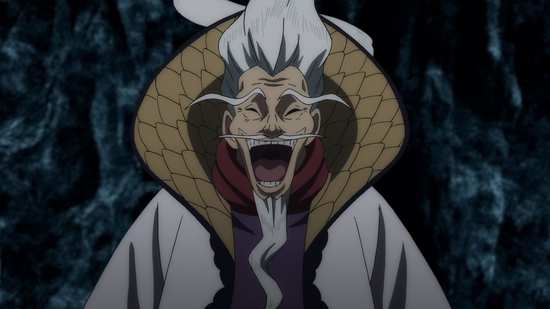 We began with introducing the characters and setting the stage, then we had them face their first challenges. Subsequently, the villains of the piece, The Eye of the Midnight Sun were introduced, and the seriousness of the threat was then emphasised anew. This fifth arc in the story is where the heroes become proactive against the threat, instead of merely defending. At one point it became clear that Midnight Sun were collecting magic stones to complete a stone talisman which would increase their powers. At the end of the previous collection, the Wizard King determined that the Magic Knights should get to the four remaining stones before the bad guys, and that’s where we pick up the story. 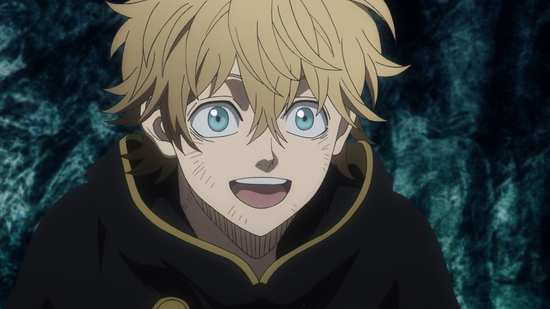 One of the magic stones is in the Underwater Temple, and it falls to the Black Bulls to retrieve it. Underwater in this case means offshore, and so we begin with the obligatory swimsuit episodes, as the Black Bulls head to the beach. The point is to wait and prepare, as it falls to Noelle to strengthen and master new levels of her water magic, for it’s her responsibility to keep the Black Bulls safe underwater as they brave the undersea currents, trying to get to the Underwater Temple. It takes more than a little training, so that the show can indulge in an episode or two of beach antics, but they are pleasantly surprised when they eventually do make it to the Temple. 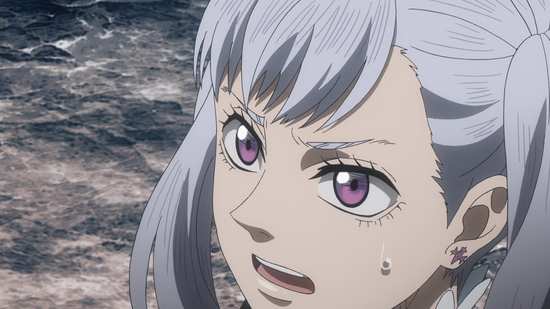 They were expecting monsters and villains to defeat before finding the stone, but instead they find a welcoming community and a batty old priest in charge of the temple. He promises to relinquish the stone, if nine of the Black Bulls can best nine of the strongest undersea mages in a friendly contest of wits and strength. It continues the sense of silliness that began with the beach episodes, but things suddenly get serious when Vetto arrives. He’s one of the strongest members of The Eye of the Midnight Sun, and as you might expect, he and his minions are also after the magic stone. They’re not in any mood to play games for it, and they start by attacking the Temple Mages. It falls to the Black Bull Knights to take on the enemy and defend the undersea community. There’s a whole lot of action back and forth in traditional shonen style to take the story arc to its conclusion. 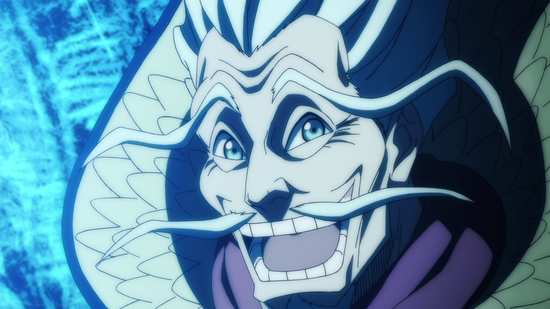 This wouldn’t be a serialised anime story without some sort of cliff-hanger, and a debriefing at the court if the Wizard King is interrupted by ominous news from the border. It turns out that the Diamond Kingdom has taken the opportunity to test the Clover Kingdom’s defences while they are preoccupied with the Eye of the Midnight Sun. The Golden Dawn and Yuno are quickly despatched to deal with the invasion. 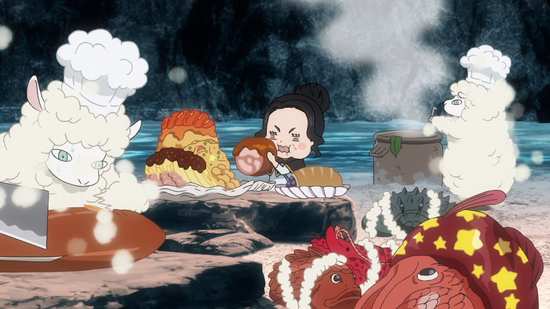 Where Black Clover is beginning to stand out for me is in the way the show is developing the villains. This is no simple black and white, good guys vs. bad guys storyline, and the members of the Eye of the Midnight Sun are being painted with enough nuance to make you question their motives, begin to wonder if they aren’t in fact justified in their goals if not their methods. Certainly at one point in the story, Asta starts questioning, and you get the impression that this moral ambiguity will play a bigger part as the story unfolds. That alone is enough to make Black Clover a show to keep an eye on. 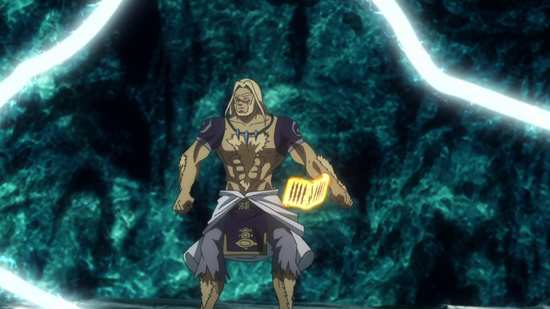 This Blu-ray release is up to the standards of the previous releases from Manga Entertainment, and I’ll definitely look forward to when Season 2 releases start to show up in the UK. Black Clover may not be a Naruto beater at this point, but it will happily slot into the vacancy left by the end of that series, although it will have competition from Boruto.