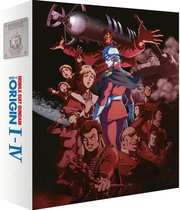 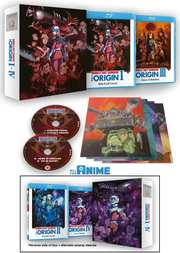 Review for Gundam - The Origin I- IV - (Limited Edition) 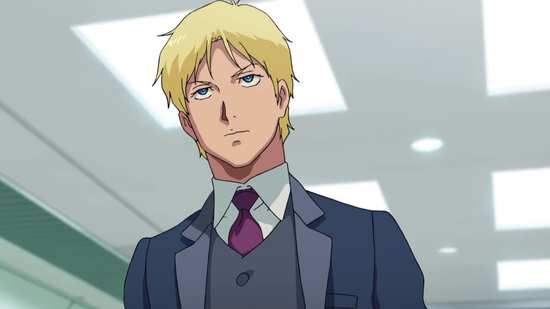 For a man who reviews very little anime (principal duties here at Reviewer Towers fall to our in-house expert, Jitendar Canth), I seem to have covered quite a number of Gundam related releases.

Examples can be found here, here, and here. Oh – and there. Jitendar, despite not being much of a ‘Mecha’ fan, has also covered parts of the franchise here, here and here.

How curious then that I should now be reviewing the very origins of the series across the first four ‘origin’ films, made as a post-note to the series and released between 2015-2016, which, as it turns out, are actually rather good. They provide a very cogent back-story to what later becomes a sprawling, space epic with a pretty singular core – giant mecha-suits battling each other in space. 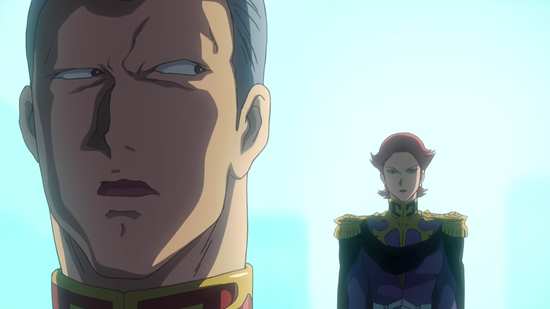 If you haven’t seen any Gundam, these origin films would be a great place to start. Whilst they don’t have the ‘retro’ vibe that makes some of the previous series such a delight, they do offer up very decent storylines, contemporary animation and some excellent characterisation.

What’s even better about this limited-edition double-disc pack is that it contains the first four ‘films’, each running for between 60-70 minutes, presented in English (with a very decent dub) and Japanese with subs, and housed in some impressive packaging with some natty art cards, by the looks of things (I can’t comment as I only have check-discs). 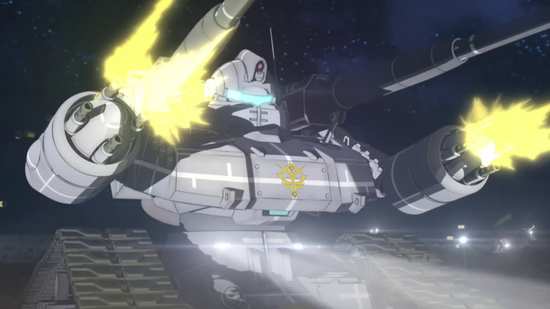 The films (or elongated episodes if you prefer as I don’t think any had a bona-fide theatrical release) follow a singular narrative, tracking the origins of Char Aznable (we see him emerge as the incredible pilot, ‘the red comet’ towards the end of the series) and his sister Sayla Mass and their journeys, brought on by the sudden death of their father, Zeon Zum Deikun who was a leader of the Spacenoids. 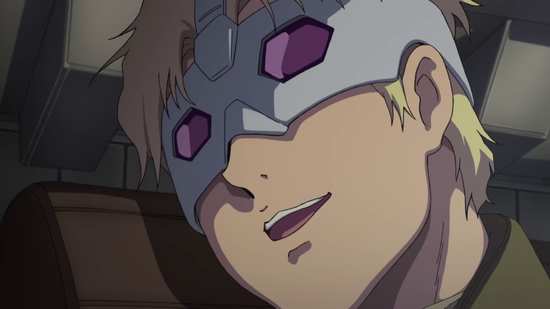 The Gundam Origin story started out life as a manga by Yoshikazu Yasuhiko, which sets out to retell the story of the saga and modernise its look and feel. Only it went into reverse first and started by setting up the back story, missing from the original. The anime version was originally announced as a four-parter (and this set reflects that) but a fifth and sixth were added later, featuring a somewhat separate story which is why they have been packaged up as a set of their own in some territories, though not here in the UK yet, as far as I can make out. 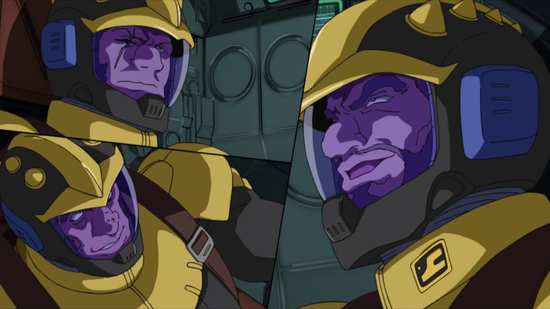 Origin stories have become somewhat fashionable these days with Star Wars, X-Men and many other franchises jumping on the bandwagon. The truth is that we never really knew fully why Char harbours a grudge against the Zabi family; it was always just a suggestion and a curious one given he becomes an officer in their army. So the origin story is pushing on an open door at the outset as far as many Gundam fans are concerned. Luckily, it does a lot more than just clear up a few outstanding questions. It’s a great story in its own right and a fun watch, I would guess, even for those who have never seen the series before. As an origin story, it’s perfectly OK to start your Gundam obsession right here. 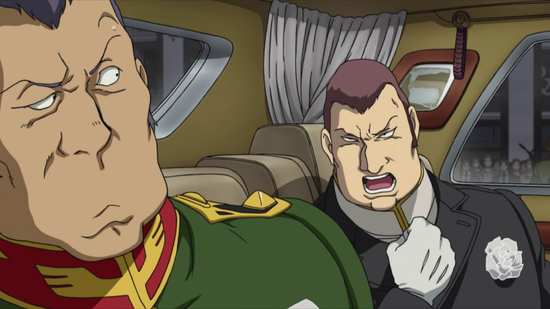 The four films here, for the record as they pretty much merge into one, are:
· I Blue-Eyes Casval
· II Artesia's Sorrow
· III Dawn of Rebellion
· IV Eve of Destiny

Things kick-off dramatically when we see the father (Zeon Zum Deikun) of two young children, Char (full name Casval Rem Deiken) and his younger sister, Artesia, trying to sum up the energy to deliver a powerful speech to get the population of a group of space colonies to rise up and form an independent state. The people are behind him but as he stands at the podium he suffers what appears to be a heart attack, though we learn later that it is the result of slow poisoning, probably by his so-called friends in the Zabi family who have an eye on seizing power for themselves. They rename the principality ‘Zeon’ in order to capitalise on his popularity, whilst actually just assuming power for their own ends. 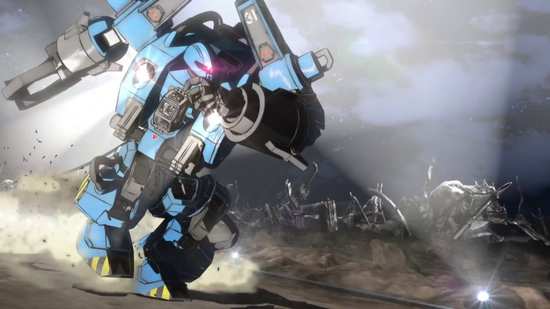 When it is clear that their mother is in mortal danger, and that the children might be as well, they are taken into hiding by the Rai family, and then, after a dramatic escape from their own colony, by a wealthy Spanish family who adopts them as Edouard and Sayla Mass - before then moving to a Texas colony (made in the image of the old west) where they bump into a Casval doppelganger, called Char – I know, only in a Manga! 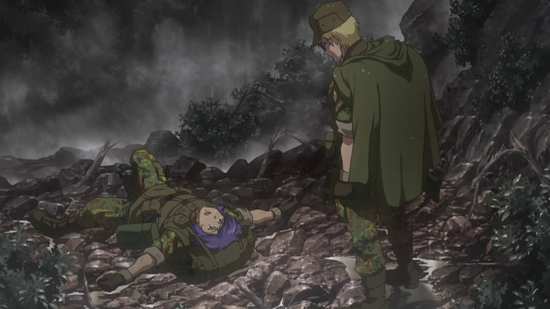 He is identical to Casval, other than his eye colour. So when Casval learns that his new friend is about to join the Zeon army, he swaps places with him in order to get close to the Zabis to avenge his Father’s death. This also explains why he becomes ‘Char’ rather than Casval or Eduardo and why he takes to wearing protective sunglasses, to hide his distinctive eye colour. 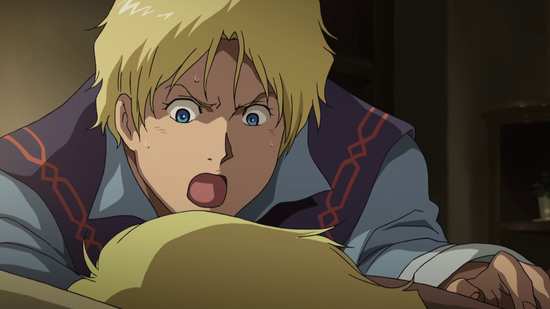 Effectively Volumes 1 & 2 trace the origins to the point that places Char in the army at the every start of the so-called One Year War and Epsiodes 3 & 4 show him rising the ranks and earning the nickname of ‘Red Comet’ for his astounding flying prowess and Volume 4 is where we actually see the first Mobile Suit battle. In fact, after so much time spent on the back-story, by the time you get to the fourth film, it does start to feel like business as usual; a good thing if your’e a fan of the original series which uses a formula of one part story to three parts mecha-fighting action as a general rule. 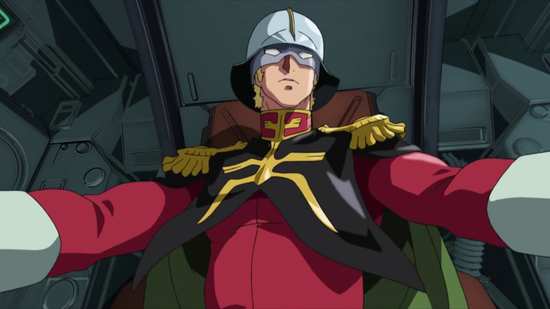 The animation here is far more sophisticated than in the original series and it’s presented in high definition 16:9 with a flawless (presumably digital) transfer. I missed the retro vibe but actually they’ve done a great job of sticking to the original costumes, ship designs and mecha suits, albeit in much more precise detail than the original. In fact, there is even a nod to the original series in terms of score as well, with a few musical refrains somewhat reminiscent of the original. 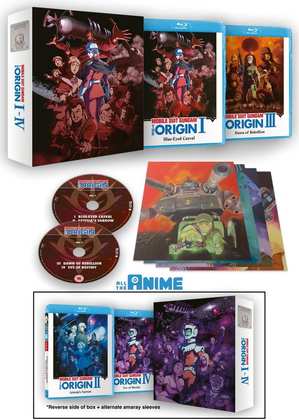 Don’t expect much in the way of extras on the discs themselves; just a bunch of pretty pointless trailers. Apparently the set ships with four art-cards, each showing an original poster for each film, though I haven’t seen these to comment. A nice touch though and hopefully it will be the inclusion of related artworks, books, soundtracks and so on which will help the world of physical media. Well, it’s working for vinyl so maybe this is the future of Blu-Ray.

Overall, if you enjoy the Gundam franchise in general, then this set is a no-brainer. It more than lives up to the hype. If you’ve never seen an episode of Gundam before, then this is a pretty decent place to start. However, if you’re not a fan of the franchise, then maybe it’s best avoided.