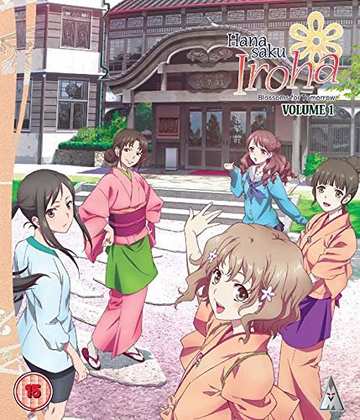 I love Hanasaku Iroha. It’s one of my favourite slice of life shows, and when I learned that the US Limited Edition release from NISA was Region B compatible, I was quick to import it. It turned out that it was only sporadically compatible though, and it worked on my Panasonic Home Cinema by pressing the Top Menu button at the Region lock screen, escaping to the main menu. At least it worked on older Panasonic machines. Last year I bought a new Panasonic player and to my horror discovered that the discs wouldn’t play at all on that machine. Thankfully, I no longer have to worry about future proofing, as MVM have brought Hanasaku Iroha – Blossoms for Tomorrow Part 1 to the UK. It may not be a limited edition, but the discs definitely work on all UK Region B players. This time, Stuart McLean takes a look at the series, about a young girl who is abandoned by her mother and goes to live with the grandmother she has never known, only to be put to work in her hot springs inn. It’s one of the best slice of life comedy dramas that there is, and it ought to be in every anime collection. 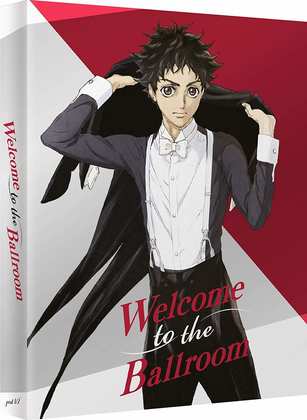 Mathematical and scientific formulae are little instruction manuals, programs really, which remain the same, but the result will always change depending on the starting conditions, the ingredients going in. It can be something simple, changing the size of a circle by changing the value of r in 2ℼr, to something spectacular by changing a value in a fractal equation. Television genre formulae work in just the same way. The formula is the same, but depending on what you put in, the results can be wildly different. Someone took the sports anime genre equation, and stuck ballroom dancing in, and the result was Welcome to the Ballroom, a show which is comfortably familiar, yet unlike anything you’ll have seen before in anime, except maybe one example. Click on the review for Welcome to the Ballroom Part 1 to read more. 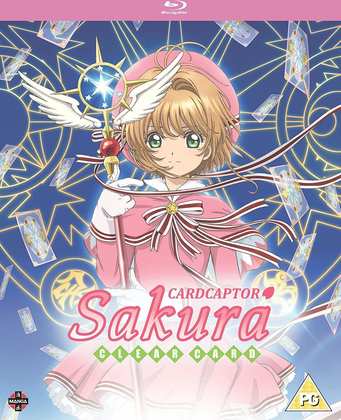 One of the worst things about aging is realising that you’re too old for something. There comes a point early on in life where skipping instead of walking or running is no longer an acceptable mode of travel. There’s an age where swings in the park are not to be swung, only sat on with a bottle of some unspecified liquor in a brown paper bag, and you can no longer go up to a complete stranger and ask them if they want to play Cowboys and Indians. It’s always an unsettling realisation, usually mitigated if you realise it early enough. Finding out that I was too old to enjoy Cardcaptor Sakura however came a little too late for comfort. So my review for Cardcaptor Sakura: Clear Card - Part Two may be more regretful than helpful. Sweet sugary goodness is guaranteed in the show. 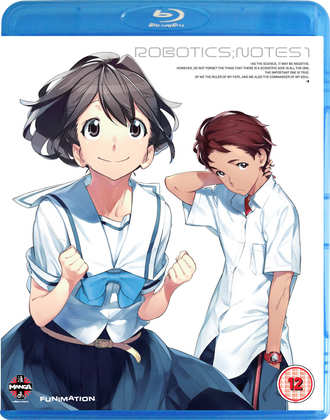 Robotics;Notes The Science Adventure series is a very popular game franchise in Japan which as so often happens these days with narrative heavy games, has spun off many anime series. You can tell which ones they are as they have the oddly placed semi-colons between two words instead of a space. The first such spin-off I saw was the absolutely sublime Steins;Gate, still one of my favourite series. Frankly after that, anything was going to disappoint, but that didn’t prepare me for the dire Chaos;Head. There are more anime out there, such as the Steins;Gate movie sequel which is yet to see a UK release, and Steins;Gate 0 which will get a release from Manga Entertainment in a month or so. There’s also the Chaos;Child series. But the third show from the Science Adventure franchise I saw was this Robotics;Notes. And it’s an odd beast. It was set in the future when it was aired, but for my rewatch, I started watching the series on June 13th 2019, which coincidentally is the date that the first episode is set. It’s a tale where robots are pretty prevalent, where the world is connected through a sophisticated Internet, and where the protagonists, high school students on the island of Tanegashima, invest their enthusiasm in the school Robot Club, aiming to build a giant robot for the Tokyo Expo. But strange things have happened in the recent past, a global event that has left a red aurora shimmering in the night skies over Japan, and there are mysteries and conspiracies galore involving AIs and obscure physics concepts.

You can see where the creators are coming from with Robotics;Notes. It isn’t just the occasional SERN reference; this is a show that aims to be the next Steins;Gate, and for the most part it manages, keeping me hooked and engrossed in the story, appreciating the characters. But by the end of the series, it’s a mess of a show, having squandered any goodwill that it has built up in the opening episodes. Yet for the life of me, I can’t figure out just where it is that it jumps the shark. It’s just that somewhere in the final five episodes, for no logical reason, I switch from love to loathe. There are events before this point that you might think worthy of disdain, and certainly by the end of the series, I feel that it’s pushed its story and fantasy beyond the narrative rules of the universe it has set up, assassinated a few of its characters along the way. But none of that happens at the point my feelings change for the show. It’s an odd one, but certainly worth watching while the good stuff lasts. Here’s my review for Part 1. Robotics;Notes was released in the UK by Manga Entertainment on Blu-ray and DVD.